Given his reputation for favoring even wildly impractical progressive policy objectives, few might have guessed that the first prominent liberal to stand athwart the Democratic Party’s reckless lurch to the left would be Joe Biden. With liberals fawning over progressive firebrands and amid the growing unanimity around the notion that there is no social and economic challenge that cannot be solved by throwing money at it, the former vice president has emerged as a vocal opponent of at least one idea popular among liberal reformers and libertarian technocrats alike: a universal basic income.

“The theory is that automation will result in so many lost jobs that the only plausible answer is some type of guaranteed government check with no strings attached,” Biden wrote in a post for the University of Delaware’s Biden Institute.

“While I appreciate concerns from Silicon Valley executives about what their innovations may do to American incomes, I believe they’re selling American workers short,” he continued. “Our children and grandchildren deserve the promise we’ve had: the skills to get ahead, the chance to earn a paycheck, and a steady job that rewards hard work.”

Now, before we go congratulating Biden’s attack on indolence and his tacit acknowledgment that material incentives to be productive have a better record than their alternatives, it’s important to acknowledge that Biden may, in fact, be endorsing the traditional liberal position.

As far back as 2013, progressive activist and former MSNBC host Krystal Ball advocated the adoption of a “mincome” as a means of eliminating poverty. “The basic concept is simple,” she continued. “Every non-incarcerated adult citizen gets a monthly check from the government,” she said. But there’s a catch: “Other safety net programs are jettisoned to pay, and poverty is eliminated.” Just like that!

The problem with this proposition is the notion that progressive policy advocates would ever consent to the elimination of any anti-poverty program for any reason, particularly in order to pave the way for one that is “universal” (e.g., not directed toward uniquely threatened or preferred constituents).

“I’m not against a guaranteed income because I think that it would make the government too big,” American University professor emerita and liberal economist Barbara Bergmann told PBS. “I think government ought to be much bigger.” She noted, accurately, that the idea government could eliminate poverty and hardship by disbursing, say, $11,000 annually to every citizen is nonsense and doesn’t take into account disparate needs. Given the political inclinations of the present Democratic Party, the notion that any candidate could successfully run on a platform that consists of paring back bloated entitlement programs is delusional.

As Oren Cass wrote for National Review, a “mincome” would soon take its rightful place in the pantheon of sprawling American welfare-state programs alongside Social Security, Medicare, Medicaid, and the Affordable Care Act’s provisions for individuals and corporations. Further, such a program would alter Americans’ perceptions of their relationship to the state; for the first time in American history, the government would be transformed into every American’s first and most essential source of well-being. And contrary to the protestations of UBI proponents, it would by necessity undermine the value of work and productivity. “Stripped of its essential role as the way to earn a living, work would instead be an activity one engaged in by choice, for enjoyment, or to afford nicer things,” Cass noted.

For the social-justice left, there is one other attractive element to the UBI—one so subversive it is barely spoken above a whisper outside venues that care little for how they are perceived by the respectable sort. “In recent years, a UBI has been embraced in particular by the post-productivist left, which carries a strong feminist and ecological bent and rejects the traditional left’s valorization of labor and the working class,” wrote Jacobin Magazine’s Shannon Ikebe.

She said there were actually two kinds of a UBI—the kind on which you can live comfortably and the kind on which you can’t. She obviously prefers the latter. Her argument soon devolves into neo-Marxist prattle, blathering on about how an empowered working class free from the need to produce would create capital flight and divestment, increasing class divisions and, eventually, compelling us to reengage with “the age-old question of the ownership of the means of production.” That’s only relevant insofar as it provides a window into the thinking of the kind of politics that finds the UBI an attractive proposition.

It’s a funny kind of Marxism that looks down its nose at labor and those who perform it. You can, however, see how that would appeal to Democrats who resent having to appeal to those backwater blue-collar voters who lost faith in the Democratic Party under Barack Obama or—to their eternal disgrace—voted for Trump. That’s precisely the kind of mentality that Joe Biden (who is originally from Scranton, Pennsylvania, if you needed reminding) would dedicate himself to combatting.

The fight over a UBI is a fascinating glimpse at the sub rosa ideological battles being waged within the Democratic coalition. Biden’s jab at the concept is, no doubt, self-interested, but it comes from a place of pride in the traditional American ethos of personal responsibility and industriousness. Unfortunately for him and those who would join him in this internecine fight, they are vastly outmanned. 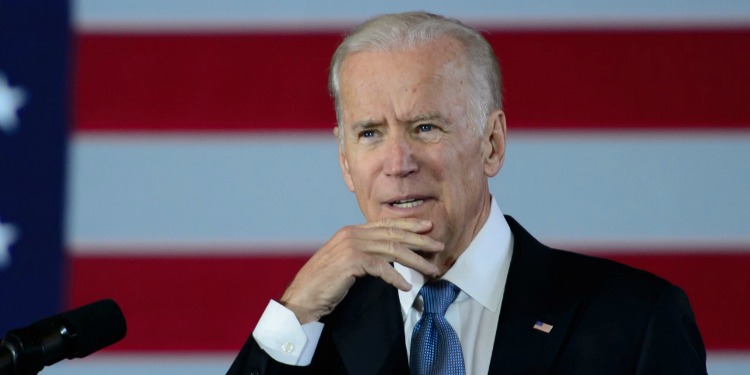