House Speaker John Boehner’s resignation couldn’t come at a worse time for the Republican Party. The thankless role of shepherd to the feline congregation that is the House GOP conference is one that Boehner will give up at the end of October, along with the House seat he has occupied since 1991. He will surely be a happier soul come Thanksgiving, but Boehner is leaving behind not merely an institution but a movement in turmoil. For influential conservatives who do not occupy elected office, congressional leadership is fundamentally corrupting. Its moderating and sobering influence compels the ideologue to sacrifice convictions upon the altar of expediency and compromise. There is nothing more vexing to the absolutist than the bargaining and tradeoffs at the heart of legislating. The conflicting demands imposed on legislative leaders by exogenous factors like an ideologically rigid base and the equally pressing burdens associated with guiding an unwieldy parliamentary body are taxing in ordinary times. Amid an especially fractious internecine feud within the GOP that has accompanied the presidential primary race, however, this tension could be far more dangerous.

Boehner served as House speaker during a period in which he had a geographically and ideologically diverse majority to manage, and perhaps he did his best. It should be said, though, that Boehner’s predecessor in the speaker’s chair managed to serve as a far more effective enforcer of party discipline. In both the majority and the minority, Nancy Pelosi ably demonstrated an ability to cajole and coerce her members into serving as team players. Boehner did an admirable job in his role (he presided over the capping of discretionary spending, held the line on federal outlays, and ended earmarks), but he was no Pelosi.

That is not to say that Boehner’s replacement, whomever that might be, will be a vast improvement. If history is any guide, the strains that will be placed on him or her will be such that the conservative movement will likely soon come to regard them as traitorous.

This phenomenon is most evident in the experience of House Majority Whip Steve Scalise. A conservative with near unimpeachable credentials on the right on the eve of the 113th Congress, Scalise was tapped to head the Republican Study Committee in January 2013. His appointment was a surprise, since he beat out candidates that had the support of the RSC’s former leaders. Scalise’s ascension to the role was seen as an effort to create a bridge from conservatives to the GOP’s House leaders that some had come to view as too accommodating toward Democrats in the Senate and the White House. Preserving a working relationship with leadership eventually led Scalise to ascend to the role of Majority Whip when the current Majority Leader, Kevin McCarthy, replaced Eric Cantor. That same dynamic, however, also forced Scalise to make choices that would call into question his commitment to ideological purity. The litany of grievances the RSC members and grassroots conservatives had with the committee’s leader was a long one by the summer of 2014, but most of them were motivated by the necessities of Scalise’s mission. It was impossible for him to simultaneously maintain a productive relationship with leadership and to satisfy the expectations of a confrontational conservative base.

Boehner’s exit comes as a surprise, but it followed a month of hushed chatter about an impending coup targeting him that would have been executed by House conservatives. The new coalition of conservative House members was reportedly set to rally around Boehner’s natural successor, McCarthy. Many of those House members on the right that were prepared to rally around a new leader were drawn from the House Freedom Caucus, no less. At least one member of the caucus of House conservatives told reporters with The Hill that the group’s members would back McCarthy if Boehner resigned or was forced out. Among the most outspoken of House Republicans who sought Boehner’s ouster was Freedom Caucus founder Mark Meadows.

In his statement remarking on Boehner’s resignation, Meadows struck a conciliatory tone. “Speaker Boehner has served honorably during a difficult time for Republicans when the threat of a veto from the White House constantly impedes our legislative agenda,” his statement read. “At times I differed with Speaker Boehner on policy or procedural positions, but I commend him for his honorable service, his humility, his undeniable love for his country and his desire to serve this great nation.” It was a noble sentiment, but one not shared by the far more antagonistic conservative advocacy group Heritage Action.

“Americans deserve a Congress that fights for opportunity for all and favoritism to none. Too often, Speaker Boehner has stood in the way,” averred the organization’s executive director, Michael Needham. “Today’s announcement is a sign that the voice of the American people is breaking through in Washington. Now is the time for a principled, conservative leader to emerge.”

Neither McCarthy nor Scalise fit that bill. They both draw a lukewarm 63 percent score from Needham’s organization. In concert with an influential cast of conservative entertainers – the same conservatives who have served as boosters for the Donald Trump presidential campaign – the ingredients are all present for a brutal succession fight. It will be a fight with grave consequences.

“I think conservatives have no clue how bad the Boehner resignation is for them,” wrote Real Clear Politics analyst Sean Trende. The factionalism that has come to characterize the leaderless Republican Party today will manifest itself in that fight. “[W]hoever loses really might pick up their toys and go home,” Trende speculated. As an outgrowth of the bitter squabbles that have typified the primary race, this seems a reasonably likely if worst-case scenario.

Influential conservatives who operate right-leaning news outlets or sit behind microphones for a living would be wise to tread carefully. Caution demands that they set expectations at a sensible level. The alternative could be to set the stage for a fight that really could rend asunder the Grand Old Party. For some self-described conservatives who hold no elected office, no outcome would be more pleasing even if it were to result in a parade of unchecked liberal victories. For those who want nothing more than to see the conservative party torn down and rebuilt from scratch, this is their moment.

Boehner’s resignation has set into motion forces and events that will be difficult to control in the coming weeks. Prudence and discipline displayed by cooler heads will keep the party; the kind of passion that has been on display over the summer will tear it apart. 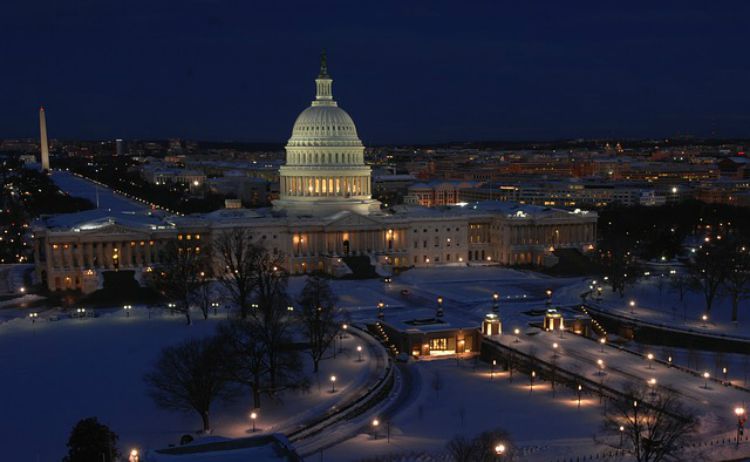