When gun-control activists say that we are in the midst of a sea change, they’re not wrong. Hundreds of thousands of concerned citizens have taken to the streets. Major sporting-goods retailers are opting to endure costly litigation rather than continue to sell firearms to purchasers under the age of 21. Republican-led states are enacting sweeping gun-control regulations. The GOP-led Congress passed and a Republican president signed measures designed to prevent gun violence in schools, with more on the way. That’s not the only seismic shift of which Second Amendment supporters should be keenly aware. Former Supreme Court Justice John Paul Stevens’s call for the outright repeal of an item in the Bill of Rights is a radical change in tactics that will be internalized both by gun-control activists and their opponents.

The merits of Justice Stevens’s arguments are secondary to the fact that the argument is being made at all. Earnest gun-control advocates will no doubt insist that the Justice has no interest in political calculation. His is a righteous call to arms, they would contend, is born of the fury that arises in the hearts of men who are surrounded by unnecessary death. For those who are not gullible or cynical enough to pretend as though a lifelong political operator in Washington has given up on politics, the conclusion is inescapable: Stevens thought the time was right to let the veil drop. He might be correct.

Stevens’s point of view is not alien to his fellow liberals. A YouGov survey taken in late February found that 82 percent of self-identified Democrats “strongly” or “somewhat” favor a total ban on semi-automatic firearms. These poll respondents might not know that such a ban would effectively outlaw most pistols and rifles in private hands, but it’s also fair to say that a substantial number of Democratic poll respondents don’t seem to care. A bare minority, 44 percent, said they would support banning the sale of handguns to anyone who wasn’t a law-enforcement officer—essentially, the repeal of the Second Amendment in all but name. A narrow plurality, 46 percent, opposed that measure. That same poll asked respondents if they would support the repeal of the Second Amendment outright, which generated similar levels of Democratic enthusiasm. While 60 percent of all voters said they would oppose that measure, 39 percent of self-described Democrats said they would favor repeal.

What is an extremist position but one that is not broadly shared? If a critical mass were to adopt Stevens’s views on the Second Amendment, repeal wouldn’t be such an outlier point of view. And Democratic base voters are well on their way toward adopting Stevens’s policy recommendation as a majority position.

Now, it must be noted that nowhere in Stevens’s piece does he delve into the herculean efforts that would be required to make his proposal manifest. He does not write about what it would take to get a new constitutional amendment through Congress—a two-thirds vote in both chambers of the legislature, with all the accompanying groundwork and horse trading. He doesn’t talk about how 38 state legislatures would ratify that language. And even if they got this amendment on the books, there is no mention of how to enforce it. After all, what’s the point of rewriting the Bill of Rights if you don’t use this new authority to implement a confiscatory regime? Stevens glosses over all of this because he is not making a legal argument; he is trying to expand the terms of the gun debate. Here’s the thing: Republicans read the New York Times opinion page, too. And this is the debate they are dying to have.

Republicans are depressed. Despite their party’s total control of government, ObamaCare appears to be an intractable feature of American life. Republicans managed tax-code reform only by the skin of their teeth, and the final product was watered down. The GOP in Congress has been buffeted by the news cycle ever since. The ambitious agenda that Paul Ryan set in late 2016 is abandoned in favor of gun-control legislation one day, immigration reform the next. The endless controversies and dramas coming out of this White House have prevented Washington from focusing on any semblance of a GOP agenda. Contributing to the GOP’s disorientation, Republicans have been asked by their elected leaders to believe that a vast conspiracy within the bureaucracy is preventing the party from fulfilling the voters’ mandate. No wonder GOP voters are staying home in numbers that led to the election of Democrats from deep red states and districts. What’s the point of voting for the party of “limited government” if the state is “deep” and always expanding?

The GOP enthusiasm problem is well documented, and it persists even as Donald Trump’s job performance is rebounding slightly in the polls. Republicans in Congress have just not been able to demonstrate their value to voters, nor have they been able to capitalize on the fear among Republican voters that Democrats represent an unacceptable alternative. For those Republicans, Justice John Paul Stevens is a Godsend.

No doubt, Stevens’s op-ed will have its desired effect in some quarters. There will be some liberal gun-control activists who will see the Overton Window shifting, and they will seek to bolt it in place. Those activists will come to regard Democrats who offer anything less than full-throated support for the repeal of the Second Amendment as cowards. As Republicans know all too well (see: Akin, Todd), it only takes one honest demagogue to mobilize a coalition and cement a negative caricature of an entire political party in voters’ minds.

If the GOP needed something to turn around their turnout problem, the prospect of a real grassroots campaign to popularize the repeal of the Second Amendment would do just that. If victory is snatched from the jaws of defeat in November, Republicans will owe their hapless progressive adversaries a fruit basket. 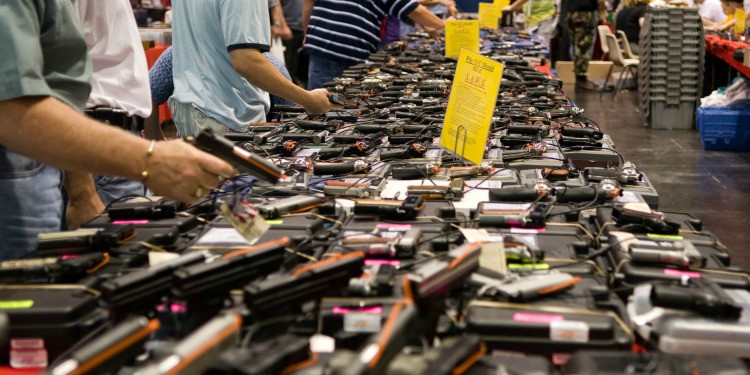