As presidential campaign rollouts go, Sen. Kamala Harris’s was nearly flawless. She launched her candidacy before an impressive crowd of supporters, surrounded herself with veteran political professionals, raised $1.5 million in the first 24 hours of her bid, and earned an intimidating amount of favorable media coverage in the process.

The message to her likely Democratic competitors for the party’s nomination was clear: Get out of the way. But her rollout hit the rocks on Monday night when Harris was asked to expand on one of her core issues—advocacy for a Medicare-for-all health-care system—exposing how little she knew about her signature subject.

Asked at a CNN town hall by host Jake Tapper to expand on her co-sponsorship of Bernie Sanders’s single-payer health-care bill, which he noted would eliminate almost all private health insurance, Harris responded by describing how awful insurance companies really were. “Let’s eliminate all of that,” she concluded. “Let’s move on.”

Apparently, many Americans were not aware that a single-payer health-care system essentially nationalizes the health insurance industry and crowds most employer-sponsored plans out of the marketplace. As the discomfort with her remarks grew into a furor, Harris’s aides insisted that she stood by her claim. The senator “supports Medicare for all,” one campaign source told Fox News reporters. “Period.” But that “period” soon became an ellipsis when Harris’s Democratic allies objected to the inevitable effects of a single-payer system.

“It would take a mighty transition to move from where we are to that,” remarked the Senate’s second-ranking Democrat, Dick Durbin. “I’m not going to say you have to give it up,” Sen. Tim Kaine agreed. “It’s a process,” Sen. Gary Peters noted. “You can’t just pull the rug out from underneath everybody’s feet.” Sen. Dianne Feinstein said simply, “I’m not there.”

Amid this hail of friendly fire, Harris finally relented. Her advisers told reporters that the senator had also co-sponsored bills that stopped short of creating a single-payer system and that, while she was still running on “Medicare-for-all,” Harris wasn’t married to the proposal. “A Harris adviser on Tuesday signaled that the candidate would also be open to the more moderate health reform plans, which would preserve the industry,” CNN reported.

Harris has been a full-throated single-payer advocate for years. But in the summer of 2017, independent analyses of Sanders’s Medicare-for-all system had pegged the costs of his plan at around $32 trillion over ten years. Those costs would be offset only by assumed savings accrued from lower prescription costs and a lower administrative burden on care providers, but also—and especially—on radically reduced payments to doctors and hospitals.

None of this, single-payer advocates insist, would have any impact on the quality of care—a claim betrayed by any clinic physician with patients on Medicaid, many of whom barely manage to cover operating costs. And, of course, Sanders’s plan creates a virtual government monopoly on health insurance. If it became law, the plan would prevent employers from offering private insurance, consigning approximately 150 million Americans and their dependents, most of whom are satisfied with their coverage, to a government-run bureaucracy. Indeed, when informed by Kaiser Family Foundation pollsters that government-sponsored health coverage would force them off their private plans, only 37 percent of the 56 percent of Americans who originally backed a single-payer system maintained their support.

Harris should have seen this coming. In fact, anyone should have seen this coming. The notion that you can disrupt the lives of half of all Americans this way and dismantle a politically influential industry that generates $900 billion per year with nary a bleat of disapproval from the dispossessed is a fantasy. It should give Democrats pause that so many of their fellow party members gave no thought to the idea that the demands of their party’s activist wing were untenable in the real world.

If first contact with a critical universe of voters is enough to render Medicare-for-all a non-starter, it spells rough waters ahead for a host of progressive wish-list proposals. Voters are similarly unlikely to be able to square the circle when confronted with the cold, hard realities of the “Green New Deal,” a universal basic income, free college tuition, and a federal employment guarantee. If Democrats regard those as problems for another day, they may be in for a rude awakening. Even Donald Trump’s unpopularity may not be enough to overcome arithmetic. 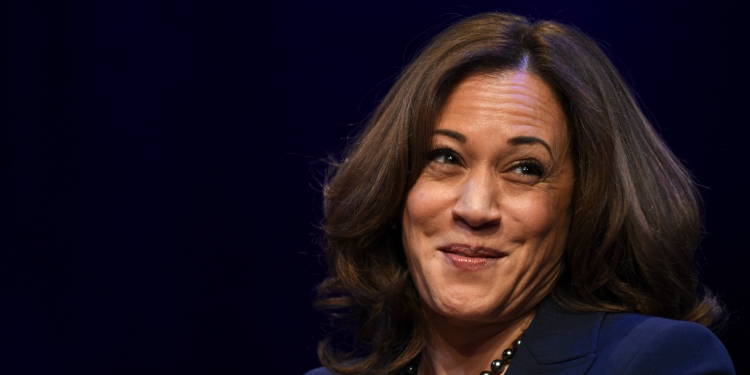