It should be clear by now that the Atlantic‘s unexpected hiring and even more abrupt firing of COMMENTARY contributor Kevin Williamson has broader implications for the opinion journalism industry. On April 6, amid a crisis of confidence, the publication’s liberal editor, Jeffrey Goldberg, and its even more liberal star writer, Ta-Nehisis Coates, assured the magazine’s staff that their commitment to centrism and ideological diversity was still central to the publication’s identity. The release of a leaked recording of that conversation in The Huffington Post has prompted some of the left’s opinion-makers to abandon the pretense that this episode was about anything nobler than a display of raw power.

Within 24 hours of each other, New York Magazine’s Eric Levitz and Crooked Media’s Brian Beutler (formerly of the New Republic), both contended that ideological diversity might be desirable, at least in theory, but that movement conservatives are incapable of satisfying that desire.

According to Levitz, Trump-skeptical conservatives like Williamson are over-represented in the pages of mainstream newspapers and opinion journals despite their demonstrable lack of influence over the GOP’s voter base. In fact, they mask the true nature of the conservative movement, which is responsive only to “paranoid warnings of national, cultural, and racial decline.” Indeed, if we’re looking for writers who can make a vivid argument but lack a political constituency, he reasons, then why not hire more socialists? He proceeds to spend the rest of his rather lengthy column itemizing the supposedly relevant political and policy arguments that have enthralled generations of socialist thinkers (A Rousseauian digression definitely not to be mistaken for “paranoid warnings” of multifarious decline).

Beutler, too, adopts much the same argument, but he does so with less self-consciousness. Conservatism itself, he writes, is what vexes America’s opinion editors. In the pursuit of atonement for failing to foresee the prospect of Donald Trump’s 2016 victory, they have gone searching for respectable conservative writers to argue for their preferences and perspectives. The problem, in Beutler’s estimation, is that conservatives of the sort that editors are looking for really don’t exist. There are only “a small number of conservatives out there who will argue in good faith” that, for example, hyper-regulatory efforts to stave off the worst effects of climate change present moral hazards that have worse public policy effects than the problems they seek to address. For the most part, he claims, even a novel conservative argument has been retrofitted onto an existing policy preference, and so that argument is fundamentally dishonest. “[R]ight-wing contempt for modern culture,” he adds, gets “in the way of conservative objectives.” In the end, “writers steeped in conservative-movement politics are poor fits at institutions that embrace professional standards of mainstream journalism.”

On its face, these are two distinct arguments in favor of the compulsory ideological ghettoization of conservative intellectuals with a provocative pen. Upon closer examination, though, these contentions synthesize well. Levitz argues that Trump-critical conservatives have “no mass constituency” and reading their arguments is an unedifying experience—as though an opinion venue’s mission was to serve as a reflection of conventional wisdom. Beutler argues, however, that “everyone understands Trumpism is beneath the best standards of opinion journalism.” So, the only way to serve both interests is to ban movement conservatives from certain forums—their forums.

These authors are by now bristling at the claim that they suggested anything of the sort. After all, Levitz explicitly praised “a handful of idiosyncratic reactionaries” on the right with prominent perches at the New York Times and National Review. Beutler argued that Williamson must be free to be Williamson, and he cannot do that at an august publication like the Atlantic, where he believes responsible editors are obliged to “scrub” his work of anything cutting and incisive. At the risk of spurning Beutler’s generous dispensation, it’s clear that both he and Levitz agree that Williamson’s ideas—not the way in which they were expressed—are the problem.

Levitz asserts that the idea that supposedly got Williamson fired—his admittedly crudely worded assertion that abortion is murder and should be treated as such by the state, up to and including putting women to the noose—was a rhetorical exercise. As Williamson said both before and after this episode, he is a death-penalty opponent and was engaging in a thought experiment evaluating what it means to be pro-life. Levitz acknowledged that Williamson “did not actually believe in” hanging women who have abortions (emphasis his), but that is not what Goldberg wrote in a staff memo announcing Williamson’s dismissal.

Goldberg claims that Williamson confessed and that the controversial tweet that ended his short-lived tenure at the Atlantic represented Williamson’s “carefully considered views.” Who knows? Maybe Williamson simply resented being told to recant anything with a gun to his head, whether it was a deeply held conviction or not. What is relevant here is that Goldberg felt that the only truly rational justification for heeding the demands of a gormless mob was to insist that those extreme views were Williamson’s deepest-held convictions. But what if they weren’t? According to Levitz, that, too, is grounds for dismissal. After all, why “should liberal publications go out of their way to hire” either “stylish trolls” like Williamson or “polite sophists with boring, bankrupt ideas” as he refers to  New York Times op-ed writer Bret Stephens? This is where the veil falls.

The critical mass calling for Williamson’s head after the Atlantic announced his hiring was the same mob that went after the New York Times for hiring Stephens and op-ed page editor Bari Weiss. It was the same mob that attacked the Washington Post for hiring Megan McArdle before she had written a word for the publication. Goldberg’s capitulation ratified the mob’s tactics and helped make liberals like Levitz and Beutler comfortable enough to state their preferences plainly. As Beutler confessed, censoring Williamson’s work to his satisfaction would “serve no faction’s purposes well.” In other words, this isn’t about the exploration of ideas or even proscribing tactics in the name of civil discourse. It’s about protecting turf for the benefit of a political faction. And protecting turf is an exercise of power.

But opinion journalism is fundamentally distinct from the application of political power, although the two enterprises often intersect. Indeed, as Levitz seems to confess, what makes the socialist left’s intramural discourse interesting is its very powerlessness. Its members care little for convention or for upsetting the powerful; they have no desire to toe the party line because there is no party, to say nothing of a line. This is the same condition that makes so-called Never Trump conservatives such interesting writers, and it’s why the right’s internal dialogue is one of the most vibrant in modern American intellectual life (Paul Krugman’s regular assurances to the contrary notwithstanding). Engaging with provocative ideas stated provocatively is what attracts both talented writers and thoughtful readers to opinion journalism. To reduce opinion writing to the conduct of power politics is to transform the op-ed page into a series of press releases. That’s not just a reinterpretation of what it means to be in the business of ideas; it’s an assault on it.

Writing professionally is hard enough. Being insightful and incisive while simultaneously avoiding the landmines that pepper the social and political landscape is all but impossible. The ideas business doesn’t work unless its members are free not just to restate banal platitudes, but to stumble onto bad or even dangerous ideas. They must feel secure enough to debate and correct one another absent personal animus to refine those ideas and to determine whether they have any merit or deserve only to be discarded. Without that courtesy, the business will become stilted and stultified, and the safe works it produces will have little value beyond their capacity to confirm preexisting biases. For those fortunate enough to be able to argue ideas passionately and publicly, that would be an unspeakable tragedy. 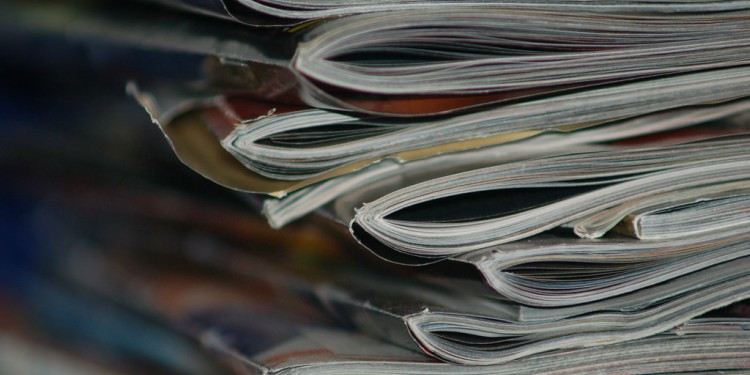