Donald Trump took a victory lap on Thursday. After dispatching Vice President Mike Pence to Ankara for emergency negotiations with Turkish President Recep Erodgan, Pence emerged with what Trump called “a deal that could NEVER have been made 3 days ago.” They’d arranged a 5-day ceasefire in Northern Syria, which would provide some breathing space for Kurdish combatants and civilians to evacuate the area. There’s just one problem with the ceasefire: None of the region’s belligerents recognize it.

“This is not a stopping of the operation, it’s a pause,” declared Turkish Minister of Foreign Affairs Mevlut Cavusoglu on Thursday. “This is not a ceasefire, because a ceasefire takes place between two legitimate parties.” He added that “all terror elements” must have “fully left” the buffer zone Turkey seeks to establish in Syria before Turkey’s military operation would be complete.

At least one of several Kurdish groups operating in the region agreed with the Turkish foreign minster’s assessment. There is no ceasefire. “We’ve previously stated that the proposal of Turkey’s entering a depth of 30 km inside Syrian territories is rejected,” said Syrian Kurdish political Aldar Khalil. For his part, Syrian Democratic Forces Commander Mazloum Kobane Abdi echoed Cavusoglu, promising only to cease hostilities in a select part of Syria for a few days. But, he insisted, “Turkey’s goals in occupying our land should not be achieved.”

Indeed, all this cessation of hostilities seems designed to accomplish is to provide U.S. forces breathing room to withdraw from Northern Syria, and they need all the room they can get. Trump’s decision to entertain the prospect of withdrawal—not the order to withdraw per se—set into motion a series of events with deadly serious consequences.

U.S. forces were reportedly under deliberate “bracketing” artillery fire by Turkish forces. The barbarous proxy groups Ankara deployed to spearhead the operation were harassing U.S. soldiers and civilians. In a propaganda coup, Russian forces occupied abandoned U.S. bases and showcased seized America heavy equipment. Amid a hasty retreat, American F-15s targeted and destroyed a key anti-ISIS base that American soldiers had occupied just hours earlier, ahead of advancing forces loyal to Turkey, Russia, and Bashar al-Assad. The chances for a deadly miscalculation and escalation involving the potential for U.S. casualties, to say nothing of a humiliating embarrassment, were increasing by the hour. Something had to give.

And it seems that “something” was the Kurds. The U.S. has now agreed to essentially use whatever diplomatic and military leverage it retains over the Kurds to compel them to withdraw by the thousands from their homeland and into Assad’s menacing embrace. Pence announced on Thursday that the United States will withdraw its planned sanctions against Ankara, and Trump revealed that Erdogan would soon be heading to Washington for a celebratory photo op with the president.

Donald Trump’s Republican supporters in Congress are surely looking for an exit ramp to declare this discomfiting news cycle over, but it’s hard to see how this agreement has assuaged any of their concerns. The United States appears not to have negotiated a ceasefire at all, but a phased withdrawal of the Kurds from their territory—a “deal” that some Kurdish combatants will inevitably resist. In the meantime, the threat posed by newly freed ISIS militants will grow, Iranian influence in the region will continue to expand, and Turkey—emboldened by America’s imprimatur—will maintain its campaign to expand its borders into Syria by force. That conquest and its accompanying brutality will resume in less than 120 hours.

“This is a great day for civilization,” the president remarked. That is yet to be determined, but the initial outlook is not promising. 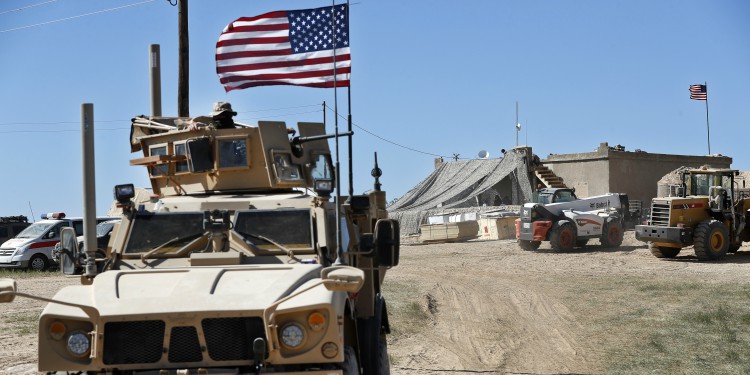