“The science has changed,” declared Dr. Leana Wen on Monday. The George Washington University public health expert, columnist, and ubiquitous presence on CNN since the start of the pandemic buoyantly informed the network’s viewers that the receding threat posed by Covid-19 is an outgrowth of new scientific revelations about the virus.

What revelations? Well, first, the vaccines work, she said. Children now have access to those vaccines. If you want to mask up, you “the wearer” are protected. And because the Omicron variant is “milder,” we should not rely on case counts as a reliable metric to gauge the pandemic’s threat to public health. Accordingly, any masking ordinance “should shift from a government mandate” to an “individual responsibility.” That is especially true for young children because “there actually is a harm that we should be discussing of children continuing to mask.”

These are welcome admissions, but it is unclear what “science” has evolved to a point that now enables Wen is to articulate the same principles in the same language that critics of Covid-mitigation regimes have been stating for months. We’ve known for a long time that masking children has profound psychosocial consequences that are arguably not justified by the threat Covid infection poses to children. We’ve known that vaccines prevent serious illness in the overwhelming majority of cases. We’ve known that masking can protect the wearer from pathogens, though mask mandates do not necessarily protect the society around the wearer. We’ve known that case counts are a bad metric for gauging the threat to public health posed by community transmission. We’ve known that natural immunity conveys as many benefits as immunity acquired through vaccinations. The science hasn’t changed. The politics of the pandemic have.

In a February 1 Washington Post column, Wen all but acknowledges that she is guided by professional considerations as much as “the science.” Yes, she concedes, “new and possibly dangerous variants are likely to emerge. But it is precisely because of this future threat that we need to allow normalcy now.” The science doesn’t make an appearance in this sensible piece, but the doctor’s understanding of human nature and her industry’s need to preserve its credibility do feature prominently.

Throughout the pandemic, Wen has been a reliable conveyor of the conventional wisdom that prevails not within the public health community, per se, but among the political officials most committed to Covid hawkishness. That conventional wisdom has often been maddeningly mercurial, but Wen could usually be counted on to convey the consensus view among elite policymakers at any given time.

As early as April of last year, Wen relayed what she believed should be the country’s primary objective: promoting vaccination as “the ticket back to pre-pandemic life.” The chief obstacle to that objective being the states that prematurely lift mitigation protocols. “Because, otherwise,” she stipulated, “if everything is reopened, how are we going to incentivize people to actually get the vaccine?”

This didn’t just advance a political goal of tarnishing states like Texas, which was in the middle of a public-shaming campaign over its decision to lift its statewide mask mandate. Wen’s comments also revealed the degree to which the medical community’s most prominent voices believed their role wasn’t only to provide accurate data and recommendations so rational people could gauge their own levels of risk. Their job was to shape and guide public behavior.

Following a successful effort to pressure the CDC into reversing field on its decision to pare back masking mandates, Wen explained in July 2021 why it was necessary to restore masking mandates: “Because we don’t know who’s vaccinated and who’s not?” The absence of a regime that could corroborate an individual’s vaccination status ensures that everyone must be masked; not only to arrest Covid’s spread but to “incentivize vaccines.”

On the day Wen endorsed a stricter vaccination-verification regime, the average case rate in the U.S. was roughly 45,000 new positive tests per day. On February 1, the day she recommended scaling back mask mandates, the U.S. daily case rate was 450,000. And though vaccination rates are far higher today than they were in April, they’re not much higher today than they were last November. Then, Wen had no qualms about coupling Covid-mitigation protocols with case rates (at which point, she deemed “over 70,000” new cases as “far too high an infection rate” to contemplate easing restrictions, as were the number of deaths attributable to Covid—roughly 1,000 fatalities a day in November, which was somehow more unnerving than today’s 2,500).

In September, Wen acknowledged that a “flimsy piece of paper that’s so easy to counterfeit” was not sufficient to prove vaccination status. That alone justified not only universal masking but more onerous inducements on the unvaccinated to rectify their negligence. “Remaining unvaccinated [and] going out in public is equivalent to driving under the influence,” she told CNN’s Chris Cuomo. “No one should have the ‘choice’ to infect others with a potentially deadly disease.”

The logical deficiencies of this outlook were as obvious then as they are today. The unvaccinated pose no deadly risk to those who are vaccinated and not immunocompromised. “The honor system” she so disparaged is still very much in place where vaccination-verification regimes are in place at all. Still, Wen’s singular goal has been to promote immunization. So when Joe Biden’s administration announced it would fine medium- to large-sized businesses that didn’t have a vaccination or testing regimen in place, she said it didn’t go far enough. We needed vaccine mandates to travel, not just abroad but across state lines, as well as legal and financial incentives for businesses to deny service to the unvaccinated. But Biden’s mandate never went into effect. The courts determined that it had no constitutional basis, and the White House quietly shelved the idea. None of the other draconian measures Wen advocated only three months ago ever went into effect either. They passed into memory as quickly as did Wen’s full-throated advocacy for them.

Just as one month ago, the doctor was still evangelizing the benefits of universal masking regardless of vaccination status. “Everyone should be wearing at least a three-ply surgical mask—a cloth mask on top can help with fit,” she said. “An N95 or KN95 mask is even better protection.” That’s especially true for children, who should mask at all times and observe social distancing while “eating together.” As recently as January 20, when the Biden administration’s objective was to popularize its provision of “free N95 masks” to the public in response to shortages, Wen delivered a lecture on the absolute necessity of ensuring that everyone could arm themselves with high-quality masks. “This is particularly important now that we have the extremely contagious Omicron variant,” she said. The science around this variant didn’t change in the 10-day interim between these comments and her decision to evolve with the times.

To their credits, the governors of New Jersey, Connecticut, Delaware, and California—all of whom announced that mask mandates would begin to sunset in their states in coming weeks—didn’t invoke “the science” to justify their decision. They predicated their move on declining case counts, the stability of local hospitals, and the low rates of transmission in school settings regardless of the mitigation measures in place. There’s no new science here. The only thing that has changed in the past few weeks when it comes to the pandemic is that the public is saying in no uncertain terms that its patience with the status quo is at an end.

Today, Wen insists that hers is the “nuanced” view of the pandemic. Alternative outlooks that conflict with her own, whatever it happens to be at the moment, are extreme and fringe. But her consistent inconsistency is indicative of how the political class has navigated the pandemic—lurching from one absolute imperative to an altogether different but all-consuming priority, the cumulative effect of which has been to sap the public of confidence in the expert classes. In the end, as befits a representative democracy, the voters will get what they want. Right now, the voters are sending every indication that what they want is a way out of the pandemic. The public could be forgiven for thinking the chief factor motivating the public health pivot now underway is less about the data and more about the endless pursuit of relevance. 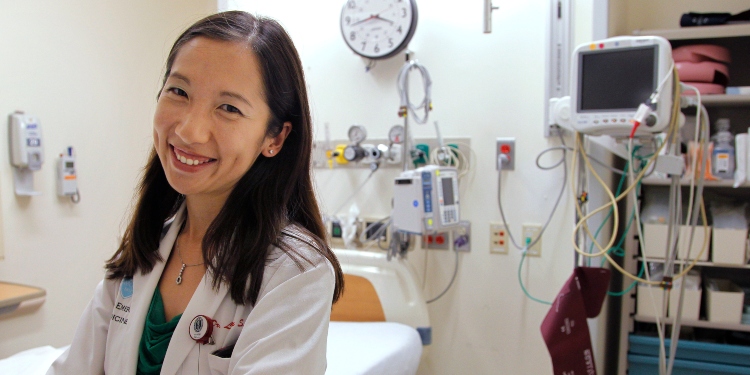