That is the most logical way to explain why the nation’s highest ranking Republican elected official remains conspicuously averse to embracing the Republican Party’s presumptive presidential nominee. House Speaker Paul Ryan has refused to follow his formerly Trump-skeptical colleagues’ lead in making the best of a difficult situation. While the majority of the nation’s Republican officeholders are wrapping their arms around a walking rejection of every recommendation made in the GOP’s 2012 Growth and Opportunity Project (aka, the “autopsy”), Ryan and a shrinking cast of holdouts are still set on forging their own course. In fact, Ryan’s resistance to Trump may not be related at all to the results of the November elections.

As the Journal noted, conservatives remain suspicious of Trump for a variety of reasons. Some fear that his demagoguery is antithetical to republican governance as envisioned by the Founders. Others are convinced that the celebrity candidate’s brash rhetoric alienates women, minorities, and young students. They fret that Trump will cement Barack Obama’s winning coalition of voters into an enduring Democratic coalition that will keep Republicans from retaking the White House for several election cycles to come. For Republicans like Ryan, however, Trump represents a rejection of the GOP they’ve helped to build on a foundational, not merely tonal or stylistic, level.

Trump’s policy preferences, to the extent they can be identified, are more aligned with a kind of progressive Republicanism that may be out of fashion in the GOP but is by no means alien to it. Donald Trump may be a Republican out of convenience, but the millions of GOP primary voters who cast their ballots for him are not. “At a time when there is a ton of economic anxiety in America, our country could descend in the wrong direction and embrace the wrong policies that make even more people miserable,” Ryan worried on Wednesday. Those policies Ryan fears the nation is prepared to embrace are not just populist but also progressive.

As the columnist Peggy Noonan astutely observed in February, Trump’s ascension is correlated to the growing perception among his coalition of liberal Republicans and conservative Democrats that they are unsafe, “unprotected,” and that activist government can relieve that anxiety. For Ryan and others cast in the mold of Jack Kemp, this is a rejection of the conservatism to which he and hundreds of other influential Republican lawmakers dedicated their lives.

Conservatives spent 50 years taking over the Republican Party and ushering its progressive elements to the back of the bus. Today, the progressives are back with a vengeance, and they come armed with a list of radical demands. And while polls suggest that Trump’s brand of Republicanism is such a revolutionary departure from the ideology with which rank and file GOP voters are familiar that there is still a striking amount of resistance to him. But progressivism’s natural home was once the Republican Party. It very well may be again.

Modern liberals fancy themselves the inheritors of a progressive tradition that was established by the international left. Forged in the deadly flames of the Triangle Shirtwaist Factory fire, made manifest by Woodrow Wilson, given a soul by Al Smith and, consecrated by Franklin Delano Roosevelt, today’s center-left is steeped in liberal mythology regarding the origins of reformism. Democrats picked up the baton of progressivism from Teddy Roosevelt — or so the story goes — and the idea of activist government quickly fell out of favor within the Republican Party after the 1912 elections.

Culminating in the eccentric Wisconsin Senator Robert La Follette’s decision to excise himself from the GOP’s ranks in 1924, the popular myth contends that activist government has been the province of the left for nearly a century. That’s quite the tale of tribal folklore, but it dismisses the decades of work that conservatives did to undermine the progressives within the GOP’s ranks.

Senator Barry Goldwater is occasionally, and recklessly, compared to Donald Trump in terms of electoral appeal. There is an apt comparison between the two men insofar as the nomination of both is indicative of the rise of a previously marginalized vanguard. But while Goldwater’s conservatism was strange and unfamiliar to the GOP, and the country, in 1964, Donald Trump’s progressivism is not.

The 1956 Republican platform was by any reasonable modern definition a progressive platform. “The Eisenhower Administration will continue to fight for dynamic and progressive programs,” the platform read. From the “expansion of social security,” to the “broadened coverage in unemployment insurance,” to “improved housing” and “better health protection,” this was not a libertarian manifesto. “We are determined that our government remain warmly responsive to the urgent social and economic problems of our people,” the GOP’s operating doctrine continued. It was the Eisenhower administration’s governmental activism that led conservative outlets like National Review to abstain from endorsing Richard Nixon in 1960 (the outlet’s non-endorsement was just recently republished as “of interest” to Republicans weighing whether to endorse Trump).

Goldwater’s brand of conservatism – so doctrinaire that he opposed the Civil Rights Act’s Sections II and VII because they would impose on the private sector racial quotas and could not be enforced but through a police presence – was too radical for the nation at the time. He would, however, have the last laugh. Returned to the U.S. Senate repeatedly for the next 20 years, Goldwater watched as his progressive Republican colleagues were replaced one by one with conservatives to one degree or another. Culminating in Ronald Reagan’s ultimately successful insurgent presidential campaign, Goldwater left office in 1987 the godfather of an ideological renaissance.

Republicans did not bury progressivism; they banished it. Even discredited ideologies are not content to remain in exile forever. The Republican Party of Eisenhower and Rockefeller adopted progressivism out of convenience. It was, after all, the national ethos of the 1930s and 1940s. Despite the Republican Party’s dramatic ascension over the course of the last two decades, appeals to governmental intervention are again the nation’s default response to almost every societal ill, real or imagined.

Even amid a staggering series of accomplishments, conservatives have been preached at for years by their supposed compatriots that the elected representatives in whom they placed their trust have betrayed them. “Conservatism hasn’t conserved anything,” contend the right populists, most of whom rallied to Donald Trump’s campaign early and enthusiastically. This constant drumbeat has begun to hypnotize even those principled conservatives whose calling is public service. Paul Ryan and his shrinking band of stalwarts appear willing to frustrate the GOP conference in Congress and his party’s primary voters, and even to jeopardize their careers and legacies to preserve the conservatism in which they believe. Republicans in general, however, seem prepared to again embrace progressivism by popular demand. History suggests this will not be a difficult transition for the party to make.

For decades, conservatives who called the Republican Party their home assured themselves that they had inherited it from their progressive forbearers. Perhaps they were only renting it 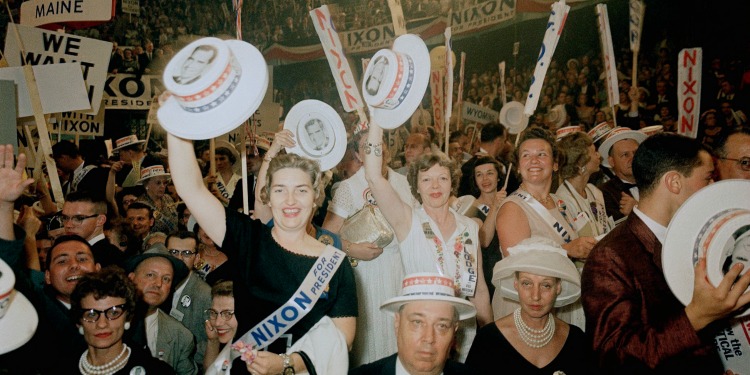