Republicans have a bitter choice to make. Do they abandon their party’s nominee and risk the wrath of the base or do they stand by him and suffer the consequences on Election Day? Republican incumbents have so far focused only on the risks associated with standing up to Donald Trump. The rewards have gone overlooked.

In haste, a series of Republicans reacted with terror and bolted from Trump’s side following the revelation that he had made lewd comments bragging about adultery and sexual assault into a hot mic in 2005. A humiliating number of Republicans soon reversed themselves and re-endorsed Trump after it became clear that their party’s most vocal base voters were livid and resolved to punish those who failed to support their party’s presidential nominee.

Those Republicans who abandoned Trump in principle and came crawling back following the admonishment of their base voters are trapped. They are married to Trump, and they have shed the fealty to principle and decency in the process. Their decision-making process was entirely reactive. They came back to Trump for the fear that core Republican voters would be depressed by the factionalism within the GOP, and that would drag the GOP’s majorities down with their party’s doomed White House candidate. These GOP incumbents neglected to consider the benefits of abandoning Trump in the form of goodwill among swing voters. Those benefits may be substantial.

A new NBC News/Wall Street Journal survey released on Sunday found Trump again trailing Clinton by double-digits, but Republicans down the ticket fare far better. While Clinton’s margin over Trump had widened, the generic ballot test found Republicans gaining on Democrats. The president’s party had a slim two-point advantage over Republicans when voters were asked which party they’d prefer to see control Congress. Most remarkably, that survey found that a whopping 53 percent of voters could be persuaded to vote for Republican congressional candidates if they ran as a check on President Hillary Clinton. Just 40 percent disagreed.

A shallow political analysis notes that Congress’s overall approval ratings are and have been dismal for years, but that only tells half the story. Individual representatives and Senators usually have higher approval ratings than the institution in which they serve, and Americans have voted consistently for divided government for the last three consecutive election cycles. They appear set to do so again.

And just how bad will the backlash against Republicans who ditch Trump among core GOP voters be? While it’s surely true that GOP voters resented those Republicans who turned on Trump, those voters are already depressed—and that condition is entirely the fault of their own nominee’s missteps. Following a week in which no fewer than 15 women have alleged that Trump violated them in some fashion, the GOP nominee has shed his enthusiasm edge over Clinton. According to an ABC News/Washington Post poll released on Sunday, Just 79 percent of Trump voters expressed some enthusiasm for the November election, down from 93 percent in September. Now, for the first time in an ABC/WaPo survey, Clinton’s voters are more enthusiastic than Trump’s.

The public imagination has come to terms with the inevitability of President Hillary Clinton. This mistrusted and unloved candidate has run a campaign premised on little else beyond her own historical inevitability and the unsuitability of the Republican nominee. This argument will win the day, but it won’t win the hearts of the voters. The goodwill Trump-dumpers may receive from the overall electorate may be enough to overcome the wrath of the celebrity candidate’s angry but demoralized supporters. Republicans who run specifically as an independent check on Hillary Clinton will be rewarded, but they must first summon the courage to pursue such a farsighted course. 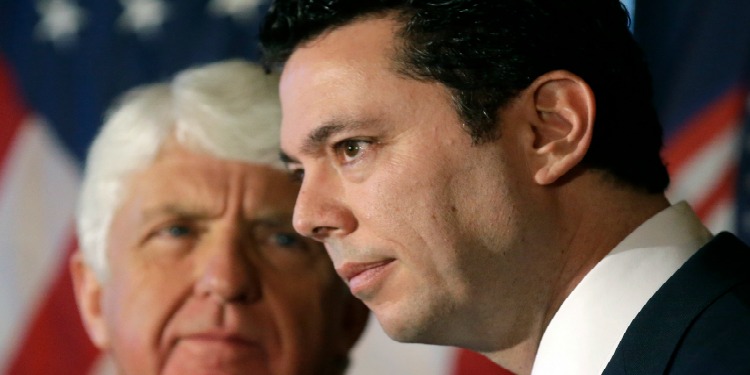