Last August, Hillary Clinton was ordered by a U.S. district judge to state under penalty of perjury that she had delivered to the State Department every work-related email she had either sent or received on her private, “home-brew” server. It should be clear by now that you cannot scare the Clintons with a perjury warning. On Monday, the Associated Press reported that Clinton had surrendered an additional 165 pages of emails not included in the original 55,000-page trove of messages she surrendered to State last year, including 50-pages of explicitly work-related electronic correspondence.

That is only the latest in an almost weekly series of new developments related to Clinton’s email scandal. As a sensitive case with monumental political implications and equally substantial consequences for America’s national security, you would think that the Justice Department would display more consideration for the public’s legitimate concerns than Hillary Clinton had shown in prioritizing her “convenience” over records-keeping laws. You would be wrong.

Americans have every right to be suspicious of the circumstances that led to a 30-minute meeting aboard a private plane between former President Bill Clinton and Attorney General Loretta Lynch. It was always incumbent on the attorney general to assuage the nation’s fear that the handpicked successor to the President of the United States might receive preferential treatment from his Justice Department. That’s not paranoia or conspiratorial thinking; it’s common sense. In taking that meeting with Bill Clinton, Lynch made it clear she had no intention of behaving in a manner that would betray even a modest respect for the public’s concerns regarding her impartiality.

Partisan Democrats who insist Lynch couldn’t have possibly known her meeting with Bill Clinton would attract so much attention must explain why, according to a local reporter’s account, the FBI assets on the tarmac guarding their conference insisted on “no photos, no pictures,” and “no cell phones.” Honest allies of the White House at least concede that the “optics” generated by the meeting were “foolish,” but that is the extent of the infringement. It was merely aesthetically unpleasing, at most, and to suggest otherwise is excessive.

Well, not so much. In an unusual step on Friday, Lynch responded to bipartisan concern about her “optics” by announcing that she will accept whatever the recommendations of prosecutors and the FBI are in resolving the criminal investigation into Clinton’s alleged mishandling of classified documents. At least, that’s what she averred in public. According to Bloomberg’s Mark Halperin, a “senior DOJ source” told him Attorney General Lynch’s handling of the Clinton case wouldn’t change in any way. While there was always a “very, very low” chance that Lynch would overrule the recommendations of her prosecutors or the FBI, she will retain that option. “She is not recusing herself. She is not stepping aside,” Halperin’s source said.

If true, that renders Lynch’s contrite press conference a display of concern not for the public but for the sensibilities of Democrats whose support she needs. Their apoplexy over her reckless decision to take a meeting with the influential husband of the high-ranking politician Lynch’s department is criminally investigating moved her to act, not the concerns of the naïve with their quaint faith in blind justice. This is theater for the benefit of nervous liberals. It has nothing to do with honesty.

This confidence-sapping spectacle can be easily remedied if the president were to appoint an independent special prosecutor to this case. There is much more than “optics” indicating a conflict of interest in the president’s former secretary of state and likely successor in the White House being criminally investigated by his justice department. There is no precedent here. While no one has yet positively confirmed any flames, the smoke is suffocating. If this White House has any regard left for the appearance of propriety, it will take more than a cosmetic step toward assuring the public that Hillary Clinton will not receive preferential treatment. Don’t hold your breath. 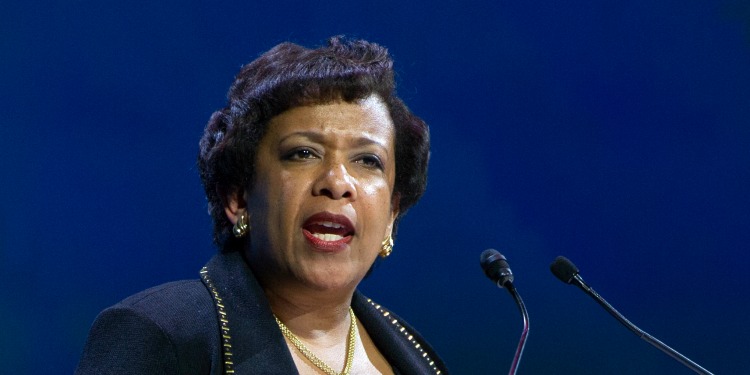