Under withering external pressure, the Islamic State in Iraq and Syria is starting to feel the strain.

In his first taped message since May of 2015, ISIS’s leader Abu Bakr al Baghdadi released a recorded statement in late December conceding that the nascent “caliphate” is suffering amid the multi-front war it is prosecuting across the Middle East. That pressure is real. In late December, the Iraqi city of Ramadi fell to Iraqi Security Forces and militia after six months of ISIS occupation. In Syria, the Kurds and U.S.-backed Syrian Democratic Forces are rolling back the Sunni militant organization in territory it has held for months.

Documents leaked out of the Islamic State reveal that the terrorist organization is feeling the crunch on its balance books, as well. ISIS has reportedly cut the pay and benefits awarded to its fighters in order to cope with the financial hardship associated with a war on the West. Coalition attacks on ISIS currency caches and its oil extraction and refining operations have taken their toll. “ISIS was making $40 million a month on oil alone in early 2015, according to the U.S. Treasury,” CNN reported. “Now, it’s making only a fraction of that, according to the State Department.”

These are important victories, but the war ahead in a long one. What’s more, the situation in the “caliphate” is likely to get worse before it gets better.

The pressure on ISIS has not hindered its ability to encourage aspiring Islamist terrorists in Western countries from executing attacks on the Islamic State’s behalf. Nor has it prevented ISIS-directed terrorists from infiltrating and carrying out deadly attacks in the capitals of nations like Turkey, France, and Indonesia. ISIS will likely intensify its efforts to export Islamist terrorism abroad in response to pressure at home. Gadi Eizenkot, the chief of Israel’s armed forces, warned this week that ISIS could be preparing to carry out strikes inside Jordan and even Israel itself in the effort to rally anti-Western Muslims in the region and around the world.

The greatest threat to Western civilization may not be the one that ISIS poses to its security, however, but to its standing as a preferable alternative to the bleak existence inside the “caliphate.” The West serves as a counter to the totalitarian form of social organization practiced inside the Islamic State, but it declines to assertively defend the values it claims to represent.

According to the United Nations, the Islamic State’s campaign of terror and expansionism has provided the organization with a bounty in the form of human chattel, most of whom are women and children. The UN revealed that approximately 3,500 people find themselves in bondage inside the ISIS proto-state. More disturbing, if anything could be more disturbing than the resurrection of government-condoned human slavery, is ISIS’s establishment of an army of child soldiers. Those in captivity under the age of 10 are first forced to endure religious indoctrination courses while those between the ages of 10 and 15 are trained as militants.

The United Nations report’s assessment of the state of human rights in the Islamic State is enough to sap anyone of their faith in the righteousness of mankind. The report details sexual slavery, in which female servants are handed out as rewards to the faithful. It describes a nation in which those suspected of homosexuality are executed in the most gruesome ways, and in which those who seek to flee the state, even juveniles, are shot and beheaded. All this is occurring in a territory that still spans many hundreds of miles, and in which some of the world’s most sprawling, populous, and ancient of cities are situated.

To be aware of the abuses and depravity being carried out inside the Islamic State is to recognize the shallowness of Westerners who once professed that such insults to human dignity must never again be tolerated. “We must not be left to utter the words ‘never again’, again and again,” U.N. Secretary-General Ban Ki-moon said on the eve of the explosion of ISIS fighters across the Syrian border into Iraq in the spring of 2014. He spoke then of the genocide of Rwandans 20 years prior, but he might have been talking about any number of atrocities committed in places that haunt the minds of Westerners who nevertheless failed to end the horror. From the killing fields of Cambodia to the mass graves in Srebrenica to the deserts of Darfur, “never again” rings utterly hollow. The contorted faces of the gassed in al-Anfal haunted a generation of well-meaning Western liberals, but not enough to prevent the repeat of this a ghastly horror in Ghouta. This is to say nothing of the appalling war crime of robbing a child of his youth and committing him to the bloody work of war.

For those who fancy themselves possessed of boundless powers of empathy, these revelations will inspire great emotive displays. Beyond that, prepare to be underwhelmed. To commit to stopping these atrocities now, after so much intellectual energy has been spent ignoring them, means committing young Western men and women to battlefields characterized now by the use of chemical weapons by all sides of the conflict. It means preparing American soldiers to kill children before those children can kill them. Instead, a familiar cast of characters will wax mournfully about the plight of the condemned a half a world away. Perhaps in a few years, they will make a movie about their suffering and the critics will call it “brave.” Maybe they will pledge that, this time, “never again” will finally mean something. Then they will pour one another a second glass of pinot and forget. 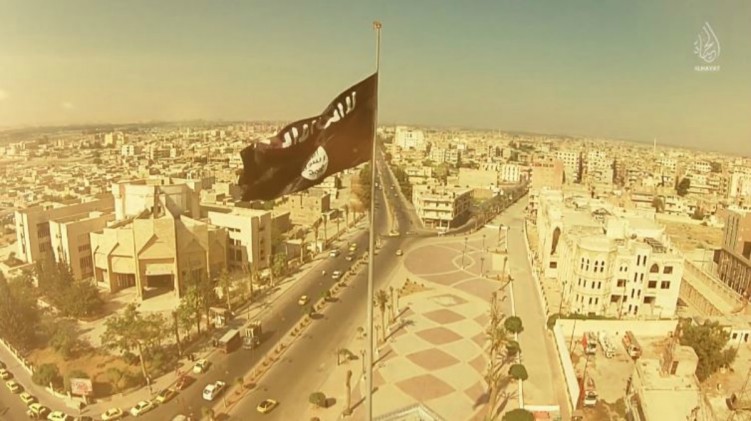