You have to hand it to Nancy Pelosi. The Democratic minority leader in the House of Representatives knows how to keep her members in line.

By secret ballot on Wednesday, Pelosi was reelected by her caucus to her eighth consecutive term as leader of the Democrats in the lower chamber of Congress. She faced a remarkably stiff challenge this year from Democratic Ohio Representative Tim Ryan, who made a persuasive case for Pelosi’s ouster. Ryan hails from a district that voted for him and for President-elect Donald Trump despite its lopsided Democratic registration advantage. Ryan is relatively young (43-years-old) and took his seat in Congress in the first year that Pelosi was elected to Minority Leader (2003). He represents a predominantly white, working-to-middle-class Rust Belt electorate, which once made up the backbone of the Democratic coalition. He is, on paper, the perfect remedy to the ills that plague the Democratic Party in 2016. In the end, two-thirds of the Democratic minority in the House voted against him.

While the revolt of just one-third of the Democratic caucus sounds like a disappointment for those who favored a new direction for the party, that third translates to 63 of 194 votes. That’s not a small minority. This modest rebellion should communicate to Democrats that dissatisfaction within their ranks is real and growing. An unsurprising number of Democrats, it seems, just don’t want to hear it.

Few can match Pelosi as a fundraiser. She is herself the ninth wealthiest member of Congress, a resident of “billionaires’ row,” and is tapped into the party’s most well-heeled donor networks and constituencies on the West Coast. That is both an asset and a detriment to a party perceived as out of touch with the working-class in a populist era. By reelecting Pelosi, the Democrats have communicated to voters that fundraising matters more than votes.

Of course, refusing to change horses after four consecutive losses also conveys this message, too. Democrats will comfort themselves with the notion that Republican state-level dominance provided them with control over much of the country’s decennial reapportionment processes in 2011 and allowed them to gerrymander a safely Republican Congress, but this is excuse-making. Republicans won control over so many state-level redistricting commissions because Democrats overreached in 2009-2010, lost 63 House seats, and a raft of legislative-level offices. Nevertheless, the comforting notion that the game is rigged against them has contributed to a sense of complacency among Democrats, and it will only serve to help them reconcile their minority status.

Of course, Democratic politicians are perfectly capable of winning elections. In the presidential years of 2012 and 2016, the Democratic Party gained seats in the upper chamber. It isn’t that Democrats do not win votes in large numbers; it is that their voters are geographically allocated in an extremely inefficient way.

The Democratic Party, at the apex of its power in 2009, was an ideologically heterogeneous party. It was a party in the House dominated by urban liberals but in which the now-extinct Blue Dogs wielded disproportionate influence. Democrats struggled to pass a House version of the Affordable Care Act, for example, not because of recalcitrant Republicans with their 174-seat minority but because the Democratic Party’s pro-life and pro-free market members balked at the bill. These moderate members didn’t just lose their seats over the course of the Obama presidency. They were sacrificed to long-held progressive goals by the party to which they had devoted their political careers.

Democrats can and probably will win back much of their influence if only because the country is disinclined toward one-party government. Voters tend to punish the party in total control of power in Washington D.C. There are no permanent coalitions in politics. A total Democratic recovery is, however, a long way off if Democrats are more inclined to make excuses for their failures than to correct for them. Smugly dismissing the very voters they desperately need and justifying their own intellectual insularity will only ensure that the map stays red for a very long time. 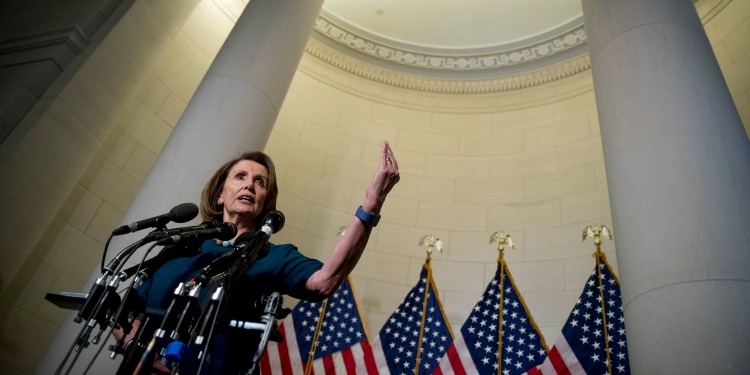