Nancy Pelosi was doubtlessly one of the most influential political personalities of 2019, just not in the way she’d expected at the year’s outset.

As Hillary Clinton observed in TIME’s year-end profile of the House speaker, Pelosi led her Democratic majority through an active legislative period. Last year, the House passed bills addressing issues ranging from gun control and healthcare to family leave and voting rights. It was a valuable reminder of what Pelosi had hoped would be the Democratic majority’s legislative legacy, in part because political observers had likely forgotten about most of it. In truth, Pelosi’s carefully orchestrated plans for 2019 went off the rails early and never found their way back on track.

From the start of her second speakership, Pelosi pursued an agenda that might not become law but would demonstrate how Democrats would govern if once again given control of the Senate and the presidency. The centerpiece of that legislative push, deemed House Resolution 1 to convey its centrality, included provisions that would encourage automatic voter registration and independent redistricting commissions, impose restrictions on super PAC fundraising, and strengthen federal ethics laws. It was designed to communicate that Democrats were the anti-corruption party—striking an implicit contrast with the Trump administration and its perceived tolerance for abuses of authority. But this quotidian agenda failed to inspire a new generation of Democrats, who had developed a taste for radical change in the seven years since Pelosi last held the speaker’s gavel.

By the time House Democrats passed this constitutionally dubious set of provisions in March 2019, the Democratic Party’s anti-corruption agenda had become an afterthought. The unanticipated celebrity of a triumvirate of progressive House freshman drew the spotlight away from leadership and its priorities and onto embarrassing debacles like the rollout of the Alexandria Ocasio-Cortez backed “Green New Deal.” That cornucopia of progressive economic prescriptions dressed up as a climate bill so consumed media coverage of the 116th Congress that Pelosi was compelled to endorse a similar, albeit more realistic, version of the bill. But that was just the beginning of what the New York Times soon described as near “open warfare” between Pelosi and her party’s progressive insurgents.

The speaker was soon confronted by a revolt within her caucus over health-care legislation, too—an eventuality that must have come as a surprise since she and others had convincingly argued that the Democratic majority was partly attributable to the number of successful candidates who campaigned on preserving Obamacare. But by March, more than 100 Democrats and four presidential candidates were lobbying for a government takeover of the health-insurance industry, and House insurgents sought to take that fight to leadership. Pelosi, who had never made a secret of her antipathy toward universalizing Medicare or the toll such a proposal would take on her more vulnerable members, consented to congressional hearings on the issue (even as her office lobbied health-care policy groups against Medicare-for-all). For all of leadership’s efforts to keep their most vulnerable member safe while appeasing her party’s left flank, Pelosi was repaid by an effort by progressives to starve the Democratic Congressional Campaign Committee of funds.

This ideological and generational struggle was soon eclipsed by the theatrics surrounding the impeachment of the president, but these were dramatics Pelosi had hoped to avoid. Robert Mueller’s probe of the Trump campaign revealing that the president had sought (though failed) to obstruct the investigation in concert with the White House’s refusal to allow officials to testify about some leading questions temporarily included in the 2020 census amounted to a “constitutional crisis,” according to Rep. Jerold Nadler. But Pelosi had already ruled impeachment out on perfectly logical, though doubtlessly political, grounds. Her recalcitrance once again yielded the wrath of the Democratic Party’s progressive wing. By September, when the revelations involving Trump’s mishandling of relations with Ukraine emerged, her resistance could no longer hold. It should be abundantly clear, though, that Pelosi never formulated a strategy to impeach the president.

Democrats went ahead and passed articles of impeachment even as the courts were adjudicating whether the extraordinary constitutional process could compel the testimony of key witnesses like former White House Counsel Don McGahn and National Security Adviser John Bolton. But once the articles of impeachment passed and the venue in which that testimony would be received effectively closed, the courts were left without guidance. Democrats now confess that the process they rushed was, in fact, rushed. It’s incumbent on the U.S. Senate to slow things down, they argue. At the same time, some Democrat-led House committees are leaving open the possibility of passing more articles of impeachment against the president, if only to maintain the fiction that the process has escaped their control. But impeachment proceedings were hastened because vulnerable Democratic members were discomfited by it, as Pelosi originally feared they would be. This was the outcome she had always hoped to avoid, but she failed.

Perhaps Nancy Pelosi is the beneficiary of the doubt. When she wielded the gavel from 2007 to 2011, Pelosi had a demonstrated capacity to control her members, compel tough votes, and advance her party’s interests. Either that capacity has atrophied or the Democratic caucus has become far more unruly than it once was. Regardless, political observers need to update their assumptions about the speaker’s relative acumen. The firm hand that once laid steady on the Democratic Party’s tiller is gone. 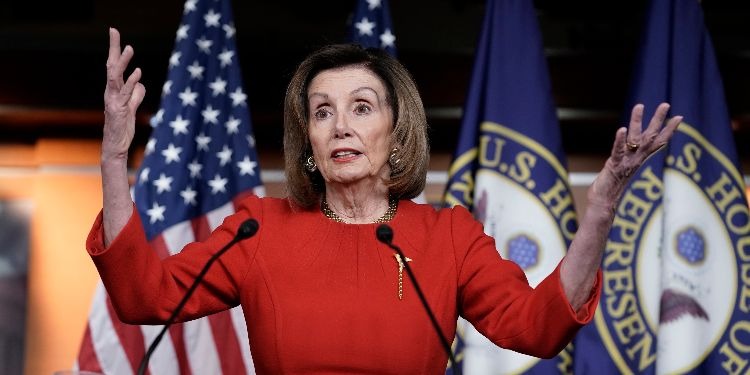