This week, the Washington Post reports, the Biden administration will propose a total ban on mentholated cigarettes and “other flavors in mass-produced cigars.”

The move to prohibit access to flavored cigarettes, cigarillos, and other tobacco products, the Post adds, has long been sought by anti-smoking advocates and “civil rights groups.” Prohibition advocates cite the disproportionate harm these products do to minority communities—specifically, African Americans.

According to the most recent data compiled by the Centers for Disease Control and Prevention, a majority of smokers who begin smoking as minors or young adults developed the habit by smoking menthols first. A staggering 93 percent of black adults who smoke started out as menthol smokers. In 2014-2015, nearly 77 percent of African American smokers preferred menthols compared to 35 percent of Hispanics and just one-quarter of whites.

Advocates of a ban insist that the marketing of mint-flavored tobacco products conspicuously targets black consumers, though whether that’s a result of advertising or if tobacco companies are just targeting their key demographics is a chicken-and-egg debate. But while mainstream media is replete with accounts of African-American public health activists demanding a federal ban on these products, not all self-described civil-rights advocates are so gung-ho. Among them, National Action Network founder and MSNBC host Al Sharpton.

Sharpton argues that banning flavored tobacco products will only push their sale into the black market, criminalizing conduct that is presently legal and making criminals out of otherwise law-abiding citizens. Moreover, making menthols into contraband increases the likelihood of police interactions with civilians, in which tensions are high, signals can be misread, mistakes can be made, and unnecessary violence could ensue.

The ACLU appears to agree with Sharpton’s assessment. A menthol ban will “will (1) disproportionately impact people and communities of color; (2) trigger criminal penalties, prioritizing criminalization over public health and harm reduction; and (3) instigate unconstitutional policing and other negative interactions with local law enforcement,” the organization writes. African Americans and advocacy groups like local NAACP outfits are increasingly speaking out against what they regard as dangerous paternalism from their political allies. Why are they being summarily dismissed by those who believe themselves so uniquely attuned to black interests?

As is so often the case with elite efforts to restrict access to harmful but legal products, there is a heavy dose of inter-class contempt on display. Cigarette bans are unlikely to affect, be felt, or even be seen by the people trying to drive these products underground. Cigarette smoking is most prevalent among adults at or below the poverty level and among those with less than a high-school education. “Blue-collar workers are more likely to start smoking cigarettes at a younger age and to smoke more heavily than white-collar workers,” the CDC notes.

By contrast, tobacco products without flavors (which are favored by whites) and cigars (which remain popular among classes and interests that are more visible to lawmakers) are subject to no additional restrictions. Why? What could be charitably characterized as well-meaning overprotectiveness could just as easily be denounced as condescending and discriminatory favoritism.

Among those possessed of immense self-regard, the incidences of lung cancer among poorer and less educated Americans are a direct reflection of an inability to make good choices. If people can’t, or won’t, be led to water, it’s up to authority figures to drag them kicking and screaming into a more salubrious lifestyle. But sometimes, the kicking and screaming actually works.

In August 2020, California Gov. Gavin Newsom signed a law banning the sale of any flavored tobacco product or nicotine vape (which is not a tobacco product but is regulated like one). Like Biden’s FDA, the move was framed as an overdue effort to remove the boot of Big Tobacco from the necks of the state’s mistreated minorities. But a rapid signature drive was soon organized in support of a referendum to overturn the new prohibition. Despite the obstacles presented by the pandemic and its restrictions, the move succeeded. California’s voters will now get to vote in an up or down referendum on the ban in 2022. And despite the state’s famously crunchy reputation, Golden State voters have overturned the diktats of the imperious social engineers in Sacramento before.

But unlike California’s ban, the law of unintended consequences is not subject to repeal. Like every experiment with prohibition, the federal government’s proposed remedy to the excesses of liberty will backfire. The only question is how much damage the nanny state will do in the interim. 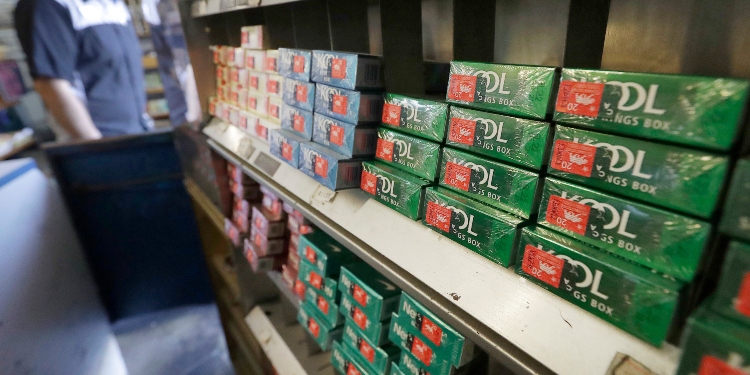