Political observers who hoped for finality from the results of the Republican Party’s Super Tuesday nominating contests were disappointed. The results were anything but simple and straightforward. You would not know that, however, from a cursory review of the coverage of last night’s elections. The narrative emerging out of the primary and caucus votes is a simple one: Donald Trump performed very well, Marco Rubio bombed, and Ted Cruz did about as well as could have been expected. This is simplistic to the point of distortion, and all of it serves one purpose: forcing recalcitrant conservative holdouts to resign themselves to their defeat at Trump’s hands.

To be sure, Trump secured a slate of new delegates, but the idea he had a stellar evening is not well-founded. While covering the states a candidate wins makes for pretty colors on a map, all that truly matters is the delegate count. In that metric, Trump did not perform as well as he might have hoped. Out of 11 states that voted, Trump won seven – three of which, he managed a victory of under 3 percent. In only two states did he win more than 40 percent of the vote, and he secured the majority of the GOP vote nowhere. He outperformed his polls only in Massachusetts, Georgia, and Alabama, and the delegate-rich Trump romp that many had expected did not materialize.

Another popular conceit in the press seemed to hold that Marco Rubio’s barrage of Trumpian insults in the final five days leading up to the Super Tuesday contests totally backfired. This verdict is detached from any empirical reality. Rubio’s team failed to manage expectations about their surge in the polls after last Thursday’s debate and failed to manage expectations on election day when someone foolishly said he might win Virginia and come close in Tennessee and Arkansas—and, to that extent, they deserve the “bad night” narrative. But Rubio was never favored to do especially well in the South, and he dramatically beat his polls almost everywhere. Rubio outperformed his RCP average in Minnesota (14 points), in Virginia (10 points), in Oklahoma (5 points), in Arkansas (2 points), in Vermont (2 points), in Tennessee (2 points), and in Georgia (1.5 points). Rubio failed to win Virginia, where he contested heavily in the final days leading up to Super Tuesday, by fewer than 3 points. Had he secured a win there, however, it would have netted him only one extra delegate.

Rubio did, however, underperform in some important ways. He failed to meet the threshold for delegates in a handful of states, most notably in Texas. There, Ted Cruz (who media analysts seem constitutionally incapable of praising) won a dramatic victory by nearly 17 points. He repeated that feat in neighboring Oklahoma by over six points, and he won in the Alaska caucuses. As far as delegates won last night, Cruz and Trump performed roughly evenly.

Oklahoma, one of the few contests yesterday closed to voters who were not registered Republicans, is an interesting case. There, Cruz won, the voters held Trump to under 30 percent, and the celebrity candidate bested Rubio by just two points. The majority of the primary races moving forward are, like Oklahoma, closed to non-GOP voters.

None of this is to say that Donald Trump is not the best positioned to emerge the Republican nominee. He is. The evidence that anti-Trump forces may yet have some reason for hope is not, however, blinkered fancy or grasping at straws. Unlike most Super Tuesday states, the winner-take-all contests in Florida and Ohio (and, to a lesser extent, Illinois and Michigan) are likely to feature more aggressive shots at Trump. For some strange reason, the first sustained advertising campaign with the mission of dinging Trump’s image among conservative voters was only recently inaugurated. Ads, the weapon of first resort, have been put on the shelf for most of this primary season as anti-Trump Republicans convinced themselves that the media would educate voters about the real estate heir’s myriad improprieties, allegations of fraud, and misuses of the public trust. A sustained anti-Trump advertising campaign is coming. What’s more, it doesn’t look like the GOP electorate will be all that put off by it. According to the exit polls, even in states where Trump won last night, a plurality or even a majority of voters said they would be disappointed by a Trump nomination.

If there had been a blowout last night, the plotline advanced in the press designed to compel the anti-Trump wing of the GOP to submit to their assimilation would be warranted. But voters who have not yet embraced the haughty celebrity are not deluded about their chances of stopping him; they’re discerning. The task before the conservative wing of the party is a great one. Achieving their goal would take something virtually unheard-of – a convention fight and a concerted strategy to prevent Trump from winning the majority of the delegates – and that outcome’s unlikelihood and the permanent resentment it would foster do make it unlikely. On the list of unlikely things that have occurred over the course of this race, however, that would barely rank.

Conservatives in the coming days will be bludgeoned with the cudgel of socially desirable capitulation, much of it from political media that seem intent to coronate rather than simply cover the events. Conservatives should resist. And they will. 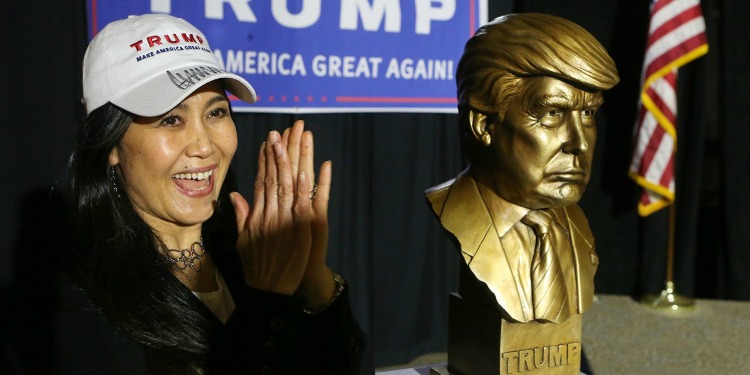