Over the course of a decade in which Republicans acquired elected office after elected office, winning more political power today than at any point since before Franklin Delano Roosevelt’s presidency, a funny thing happened to conservative partisans: They became convinced of their utter powerlessness and persecution.

There is a temptation among conservatives to paint sympathetic portraits of their fellows who have retreated into a persecution complex. They often note: Republican legislative victories in Washington are few and far between; liberals dominate the popular culture and academia; mainstream media outlets have responded to this period of Republican dominance with reactions that range from subtle condescension to irrational hyperbole, and so on.

These efforts to absolve the clinically anxious must know some limit. That limit should be reached when Republicans begin impugning their fellow countrymen with such embellishment that it amounts to slander. That’s the best way to describe the comments of Fox News Channel’s Greg Jarrett who, alongside a complacent Florida Attorney General Pam Bondi, described the FBI as “America’s secret police.”

As part of a frenetic effort to discredit the special counsel probe into Donald Trump’s campaign, Jarret said Robert Mueller is using the FBI as “a political weapon.” “Secret surveillance, wiretapping, intimidation, harassment, and threats,” he said of the Bureau. “It’s like the old KGB that comes for you in the dark of the night.”

Fox host Sean Hannity assured his audience: “This is not hyperbole you are using here.” It was. Jarrett said that the evidence for his assertion was a “no-knock” warrant issued for Paul Manafort—something that judges approve when they have reason to believe a suspect in a crime is withholding evidence and may destroy it. Manafort was, in fact, withholding evidence from prosecutors.

“The FBI is a shadow government now,” Jarrett added. He cited the FBI agent Peter Strzok, an agent who worked on the investigation into Hillary Clinton and was ousted from the Mueller probe in July for sharing anti-Trump political opinions with his mistress. As National Review’s Andrew McCarthy noted, the presence of partisan Democrats on this probe is optically problematic, but that does not itself constitute evidence of the probe’s corruption. Confusing antipathy toward James Comey’s handling of the Clinton case with the conduct of the Mueller probe is a category error that muddies the argument.

Those on the right who imagine themselves persecuted by an “American secret police” are, however, right about the KGB and its various satellite services throughout the Warsaw Pact. Those organizations were guilty of orchestrating political reprisals. An honest comparison of the KGB’s conduct with that of the FBI should, however, humiliate those who make the defamatory comparison.

The Soviet secret police persecuted whole religions and nations. An early Soviet policy of ethnic particularization in the Soviet Union’s regions was soon replaced under Stalin with a kind of paranoid bigotry that resulted in the repression of entire “enemy nations.” Finns, Baltic peoples, Koreans and Chinese, Poles and Germans, Kurds, Persians, and Tartars were all subjected to forced migrations, ethnic cleansing, and the Russification of their respective cultures.

Between 1917 and 1964, an estimated 50,000 Christian clergy were executed, but they were arguably the lucky ones. The clergy who survived preached to congregations that were penetrated by the KGB or were recruited by the spy services to preach anti-Christian gospel or submit to tyrannical self-censorship. In a penitent memoir published posthumously, former KGB agent Sergei Kourdakov described the beating of “believers” and the confiscation of religious texts. One operation consisted of the ambushing of a baptism, in which agents attacked and tortured the congregants, killed the pastor, stripped, humiliated, and beat children before shipping them off to a police station—a way station on the long road to a Siberian work camp. Jews and Muslims fared no better. Jews made up the bulk of the “Refuseniks” who, along with a variety of other persecuted religious groups, could never apply for an exit visa. If they did, the KGB would ensure that applicants lost their jobs and faced imprisonment or forced labor.

The KGB operated “torture houses,” some of which are now open to the public in the former Soviet Republics that are not actively trying to whitewash the ugly history of the Soviet Union. These spy services murdered political nonconformists and subjected their families to intense repression. The KGB was responsible for the exile and oppression of authors, artists, Nobel Prize winners, scientists, and doctors. The Soviet secret service coerced forced confessions, conducted political show trials, and consigned rebellious thinkers to mental hospitals and forced medication regimens. These are not episodes exclusive to the grainy black-and-white days of Stalin’s reign. They continued into the mid-1980s.

Those are the famous examples of persecution, but there are countless stories involving average, everyday citizens of the Eastern Bloc who were not spared the wrath of the Communist world’s secret services. Take Vera Wollenberger, for example.

Wollenberger resented the German Democratic Republic’s decision to host Soviet nuclear missiles and introduce military instruction in grade schools. With the encouragement of her husband Knud, she joined the East German peace movement in 1981. The Stasi harassed her family, invaded their home, and ensured she lost her job. Seven years later, she was arrested and imprisoned for carrying a banner bearing a Marxist theorist Rosa Luxemburg quote that read, “Freedom is how free your opponent is.”

When Communism collapsed and Wollenberger gained access to the file the Stasi kept on her, she discovered that the chief informer against her, the person responsible for her and her family’s decade of misery, was her husband, the father of their two children. “The reports were written as if about a stranger, not about a wife,” she later recalled, “To him, I was an enemy of the state.” Knud Wollenberger was one of hundreds of thousands of citizens of the former Warsaw Pact who were convinced or compelled to betray their friends and relatives for the benefit of the state.

The Mueller probe’s critics are not without legitimate grievances. The craven effort to equate the condition of men like Paul Manafort with the persecution endured by those who suffered under 20th Century communism is a confession that those grievances must be wildly exaggerated to appear legitimate. That isn’t an indictment of the FBI but, rather, of the Bureau’s accusers. 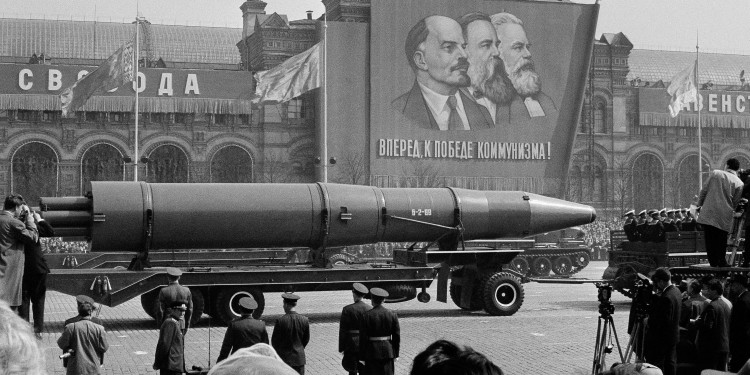