You can blame Sinclair Broadcast Group for the latest bout of Democratic cultural and political anxiety. Center-left observers are confronting what is for them a relatively new phenomenon: overt political bias in ostensibly neutral news media. Welcome to the club.

Sinclair owns and operates 173 local television stations nationwide, and stories about the corporate media conglomerate went viral this weekend after the website Deadspin spliced together local news anchors on Sinclair-owned stations all over the country reading the same script, which seemed to endorse Donald Trump’s war on the press. “Some members of the media use their platforms to push their own personal bias,” the anchors said in unison. “This is extremely dangerous to our democracy.”

“This is what corporate authoritarian propaganda looks like,” wrote House of Cards creator Beau Willimon. “This is insidious,” media investor and CEO Peter Chernin added. “The first key to stopping it is to call on advertisers who support this propaganda and express your objections.” And so on.

On its face, reactions like these seem disproportionate to the scale of the threat posed by an editorial statement insisting that media professionals should be immune to the hyperbole that proliferates on social media. Of course, Sinclair’s message is delivered out of both sides of its collective mouth, and the outsized backlash this scripted commentary prompted is likely rooted in other perceived offenses.

Sinclair’s friendliness toward the Trump White House is not a figment of journalists’ imaginations. According to Politico, the Trump campaign struck a deal with the Maryland-based media conglomerate in 2016 that would provide Sinclair’s stations with exclusive access as long as the company’s stations broadcast the Trump campaign’s message unfiltered. This allegedly cozy relationship didn’t dissolve when the election was over. Sinclair producers have been charged with putting together “must-run” editorial commentary that is broadcast on every station around the country. These segments have featured Trump campaign veterans like the company’s chief political analyst, Boris Epshteyn, and Sebastian Gorka, Trump’s former deputy assistant.

Gorka has already landed the media group in hot water with controversial segments about “black African gun crime” and the so-called “deep state.” In return for Sinclair’s apparent fealty to the White House, the president has tweeted his respect for the company, which he said was “superior to CNN and even more fake NBC, which is a total joke.”

The arrangement between president and press becomes a sordid one when taking into account how symbiotic it appears. Sinclair is making a bid to take over the Tribune Company and its 42 stations, for which it will need federal approval.

Yet, on some level, all of this is insufficient to explain liberal apprehension over Sinclair’s conduct. The concern is as much about the group’s editorial stance as it is its reach. A single cable news channel might have an audience of 3 million during prime time whereas Sinclair’s local stations capture about 23 million viewers at night and 12 million in the morning. The omnipresence of Sinclair’s surreptitiously Trumpian message and the “assumption of objectivity from their local news,” as GQ’s Luke Darby noted, is what led liberal media observers to invoke Orwell.

Conservatives will have a hard time feeling any sympathy for liberals who confront seemingly insurmountable bias from media outlets billed as neutral arbiters of current events. This is a mirror image of the condition conservatives lamented for decades. At the risk of throwing some cold water on this unexpected moment of schadenfreude, though, the liberal torment here is a bit overwrought.

Effective media bias does not look like local news reporters delivering hostage-video-style prepared remarks straight into the camera. Nor is indoctrination the necessary result of a ubiquitous and firm editorial line from news and opinion outlets. If it were, every syndicated columnist would be a minor cult leader. Liberal media bias was so effective because it was deniable. It was not long ago that boilerplate liberalism had become a feature of an ideologically homogenous political culture in America’s coastal newsrooms such that only conservatives seemed to be aware of it. That bias did not manifest itself in contrived scripts handed down from on high. It was insidious because it was often unconscious. Liberal bias was evident in topic selection, omission, and emphasis, not tortured monologues.

The kind of bias in which Sinclair is engaged isn’t acknowledged, but it is overt. That is not, however, why it is unlikely to be a successful tool for mass psychological conditioning. It isn’t as if Sinclair’s biases are conveyed subliminally. There are few things less subtle than Sebastian Gorka making a point. Conservatives once considered media bias in ostensibly apolitical venues like local news outlets particularly menacing because there was almost no competition in the marketplace. It was not all that long ago that there were no 24-hour cable news programs, no successful conservative talk programming on the AM dial, no social media, no Internet, and no industries devoted to identifying and countering biases on both ends of the political spectrum. Today’s media environment is a dramatically altered one; there are alternatives for savvy news consumers.

As you read this, liberals are organizing boycotts of Sinclair-owned stations and attacking their on-air employees. Some of those employees are being pressured to resign despite their burdensome contractual obligations. A backlash against some of Sinclair’s overtly political and controversial content is to be expected, and it isn’t unwarranted. The efficacy of these messages has, however, probably been inflated. If Republicans have learned anything over the last two decades, it is that monolithic liberal bias in mainstream news outlets is no obstacle to electoral success. It’s not 1988 anymore. 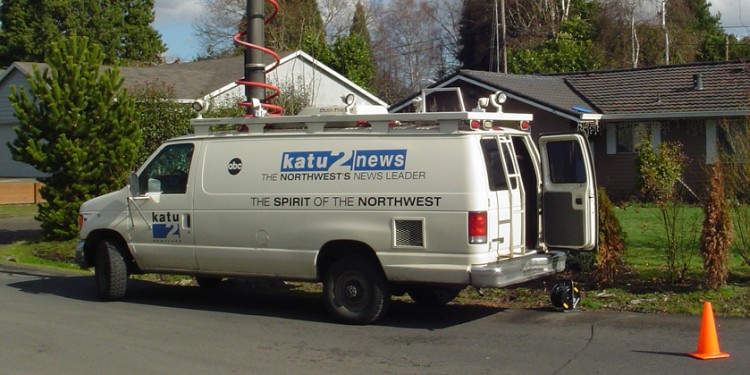