Paul Manafort is out. The Trump campaign’s now former chairman had become a liability and, following a series of press investigations, had been implicated in illegal activity on behalf of foreign governments with interests opposed to those of the United States. Don’t dare call it a pivot from Trump, though. It is nothing more than damage control, and only after all the damage had already been done. What’s more, the team that is still manning the store is as or more problematic than Manafort ever was. The problem with the Trump campaign isn’t the team in charge; it’s the campaign’s principal.

The political press was still gushing over Donald Trump’s confession last night in a prepared speech that he regrets the fact that his rhetorical efforts to stoke racial tension and xenophobia were successful when the news of Manafort’s resignation broke. It is hard to begrudge the press for indulging in some fatuous reflection on this remarkable tone shift from a candidate who has repeatedly told interviewers he has no regrets about anything. The Trump campaign chairman’s resignation is less remarkable, however, when one considers the circumstances. Manafort had become a distraction.

In the September issue of COMMENTARY, James Kirchick details Manafort’s extensive history of working with pro-Putin entities abroad, and how he became a conduit through which Russia manipulated the Trump campaign. This week, investigations revealed that Manafort’s name was on hand-written “black ledger” in Ukraine in which the ousted pro-Russian Yanukovych government of Ukraine had promised him many millions of dollars for his work with its campaign team. The Associated Press this week revealed that Manafort had funneled $2.2 million from pro-Russian governmental sources abroad to influential Washington lobbying firms without disclosing his relationship to foreign governments—a felony if prosecuted. A Politico investigation revealed that Manafort’s Kiev protégé, Konstantin Kilimnik, had and may maintain ties to Russian intelligence.

Manafort was an extraordinary problem for the Trump campaign. He had to go. But it wasn’t Manafort who led Trump by the nose into serving as a stooge for Vladimir Putin. Trump offered himself up for that role.

Well before Manafort boarded the Trump train, the future Republican presidential nominee was displaying a conspicuously conciliatory attitude toward Moscow. For a candidate that had shown little interest in the complexities of foreign affairs, Donald Trump was curiously interested in pursuing rapprochement with Russia on Russia’s terms. He had apologized for Vladimir Putin’s persecution of journalists and even dismissed the murder of opposition figures in Moscow as the basic stuff of statecraft. “I think our country does plenty of killing,” the Republican candidate said in Putin’s defense. “He, frankly, wants to fight ISIS, and I think that’s a wonderful thing,” Trump insisted, in support of Russia’s destabilizing intervention in the Syrian civil war in September of 2015. That intervention opened with a Russian airstrike on a CIA-provided weapons depot in Syria, exposing to the world a black program that no one in the United States government had previously acknowledged.

Manafort’s ascension to the top of the Trump pyramid was, in part, an effort to bring on an experienced hand to manage his campaign’s delegate operation. It was also, though, the culmination of Trump’s overtures of appeasement toward the Kremlin.

The Trump campaign might have cleansed itself of one liability, but it has only replaced it with another. The ascension of Breitbart News chief Steve Bannon to his new role as Trump campaign CEO has created a new series of headaches for the GOP nominee that are only just beginning to throb.

Former Breitbart News employee Kurt Bardella told ABC News on Thursday that his former boss’s “nationalism and hatred for immigrants” was apparent in their organization’s coverage of political events. He insisted that at least one staff-wide call he was on sounded to him like “a white supremacist rally.”

On Friday, one of the blog’s most popular personalities, who has also made it a personal mission to popularize and normalize the proudly “white nationalist” movement that has dubbed itself the “alt-right,” Milo Yiannopoulos, found himself in hot water. A Daily Beast investigation revealed that a charity Yiannopoulos established to benefit whites with college scholarships raised between $100,000 and $250,000, but none of that money found its way into deserving pockets. “No scholarships have been awarded and the charity’s website shows there isn’t even a way for prospective students to apply for them,” the report revealed.

By hiring Bannon to lead the team, Trump campaign and Donald Trump himself owns all of this.

Manafort was not a cause but a symptom of the Trump campaign’s troubles. Donald Trump’s regrets are likely to continue to mount in the coming weeks. 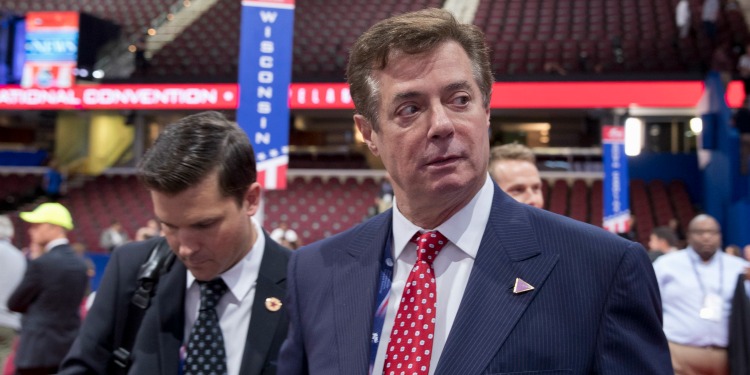