At the risk of undermining his appeal to the liberal Democratic primary electorate, it is hard not to appreciate what Pete Buttegieg has brought to the 2020 presidential race.

The mayor of South Bend, Indiana, Buttegieg does not hold an office that traditionally serves as a springboard to the presidency. But then, neither did the current president. Buttegieg is thoughtful, even intellectual. He’s a Rhodes scholar, attended the University of Oxford, served his country in the Navy and was deployed to Afghanistan, and worked in the private sector before returning to his hometown where he took up politics. He’s a married gay man, but he has steadfastly refused to become mired in the Democrats’ woke-off, and he’s managed to avoid engaging with his fellow presidential candidates in the culture war’s unwinnable arms race.

And while his fellow presidential aspirants are pandering to the lowest common denominator, promising the world and ignoring constitutional impediments, Pete Buttegieg is talking about ideas. Among them, the very concept of liberty itself.

“We’ve allowed our conservative friends to get a monopoly on the idea of freedom,” Buttegieg graciously conceded in a recent speech to a group of supporters in South Carolina. But the kind of freedom conservative syndicalists promote was, he argued, defined too narrowly. “Freedom from,” he explained. “As though government were the only thing that could make us unfree.”

Oddly, though, he went on to illustrate that it is, in fact, coercive governmental institutions that are most often responsible for curtailing liberty.

“You’re not free if you’re afraid to start a small business because leaving your job would mean losing your health care,” he said. “You’re not free if there is a veil of mistrust between you as a person of color and the officers who are sworn to keep you safe. You’re not free if your reproductive choices are being dictated by male politicians in Washington.” Even “your county clerk” can steal your freedom by defining who you are and are not able to wed.

There’s certainly a strain of conservatism that believes it is the province of government to police morality and to restore the frayed bonds of civil society by propping up non-governmental mediating institutions. But the infringements upon liberty against which Buttegieg railed are those meted out by the heavy hand of the state.

The convention by which health insurance is so often tied to employers is a product of World War II when the National War Labor Board exempted health insurance from a wage cap that was designed to discourage employees from job hunting. Just about every health care reform proposal authored by advocates of limited government has sought to dissolve this coupling. The over-policing of minority neighborhoods is a subject of much Democratic consternation, but civil libertarians have been quick to note that Democrats’ records in office do not match their rhetoric. When liberal politicians adopt a maximalist view of abortion rights in policy, even Democrats recoil, but this objection nevertheless has to do with the power vested in legislatures to intrude on personal liberty. And, when last I checked, the county clerk is an elected official.

But Buttegieg’s libertarianism knows some rather confusing bounds. “We know that your neighbor can make you unfree,” he said. Okay, true enough. The essential purpose of law is to preserve the boundary between where your rights end and those of another begin. “Justice is the end of government,” James Madison wrote in Federalist 51. “It ever has been and ever will be pursued until it be obtained, or until liberty be lost in the pursuit.” In sum, it is liberty that must be the primary consideration. When it conflicts with justice, it is liberty that must prevail because, without freedom, there is no justice. It sounds like the mayor has a solid grasp on what constitutes freedom. At least, right up until he lost the plot.

“Your cable company can make you unfree,” he said. Here, the mayor demonstrates his Democratic bona fides and exposes why Democrats are not going to be “the party of freedom” anytime soon. The conservative/libertarian definition of “freedom from” is almost exclusively negative. Their “freedom from” is freedom from activities that impose obligations on other parties. Democrats, too, endorse a form of “freedom from,” but the rights they advocate are positive; they impose obligations on neighbors, associations, and the state to provide certain conditions that constitute what they subjectively define as optimal outcomes—not merely opportunity.

Since Franklin Delano Roosevelt articulated the notion that Americans should enjoy “freedom from want,” the Democratic Party’s idealized conception of liberty has conflicted with the ideals articulated by the Founding generation. If you believe that your cable company can make you unfree, you have adopted an expansive definition of what constitutes freedom that now includes voluntary association. That’s a definition of freedom the Founders would not recognize.

This philosophical inclination likely informs Buttegieg’s hostility toward the concept of “regulatory capture.” That’s the idea that powerful corporate interests can reach a point of critical mass where they begin to execute undue influence over local, state, and federal government, avoid the scrutiny of their sympathetic overseers, and defer their operating costs with taxpayer-provided benefits. This is surely a problem, but it’s one that is the product of a government large enough to distribute those benefits without incurring the voters’ wrath. What do these interests want from the clientelism? Protection from competition. The answer, then, to regulatory capture isn’t to increase the number of hostage regulators, but to decrease these agencies’ capacity to deliver for their captors.

Buttegieg is a thoughtful politician, and his intellectual journey seems to have led him halfway to small government libertarianism. Perhaps nothing better illustrates this internal conflict better than his response when asked where he stands on fast-food chain Chick-Fil-A, whose owners oppose same-sex marriages like his own. “I do not approve of their politics, but I kind of approve of their chicken,” he said. “Maybe, if nothing else, I can build that bridge.” Maybe he can, but it doesn’t seem like the modern Democratic Party wants any hand in its construction. 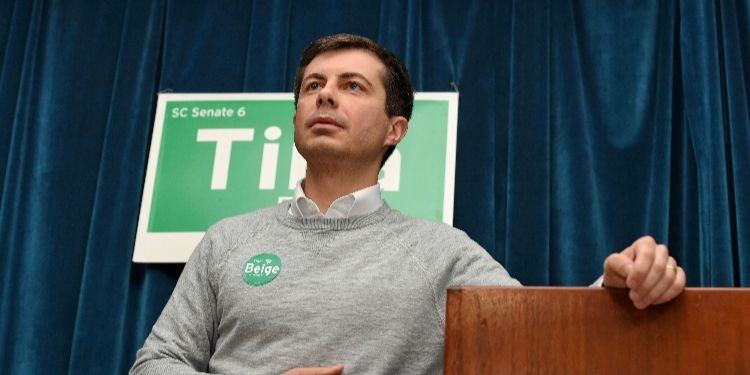