What did it mean to be “conservative” 40 years ago? In the United States, it meant a grudging acceptance of price and wage controls, the recognition that pervasive inflation was a feature of modern economic life, and the understanding that “natural monopolies” were the maximally efficient structure of public utilities. Having long ago ceded the titles “pro-family” and “pro-worker” to the left, Britain’s conservatives were resigned to serving only as better managers of the sprawling apparatus of the state. The new conservative epoch was announced with a resounding thud when, unable to suffer one more minute of the lecture on the virtues Harold Macmillan’s “Middle Way” from a Tory staffer in the party’s research department, Margret Thatcher produced Friedrich Hayek’s The Constitution of Liberty from her purse and slammed it on the table. “This is what we believe,” she announced.

From that time on, the distinctions between what it meant to be a conservative reformer and a populist firebrand on the right blurred to near imperceptibility. Hayek’s prescriptions for radical measures to reduce inflation—the pernicious effects of which he learned to fear as a young man in interwar Austria—became accepted wisdom. His coupling of individual freedom, equality before the law, and economic liberty supplanted the orthodox belief that the mixed economy was the natural order of things. From the Reagan Revolution to the Contract with America to the Tea Party, the American right’s popular expressions of political discontent were typified by an almost instinctual apprehension toward profligacy and the understanding that individual political and economic liberty were one and the same.

What is the populist right today? It’s no longer a force for markets. A smoldering discontent with modernity has led the right’s most popular voices to attack capital managers, money markets, and the profit motive itself. Donald Trump’s election for the presidency on the heels of a campaign that rejected austerity, thrift, monetarism, and international free trade in favor of expressions of cultural conservatism was only a leading indicator of a global phenomenon. As New York Times opinion writer Bret Stephens observed, “Trumpism” is on the march around the world. But what he accurately identifies as right populism is almost entirely divorced from conservative economic values. This brand of populism finds more to like in the left’s economic policy prescriptions than conservatism’s, properly understood.

Hungary’s Viktor Orban is building what he freely calls an “alternative to liberal democracy” on the back of a program of redistributionism and social engineering. The Philippines’ Rodrigo Duterte has taken what the Carnegie Endowment for International Peace called a “statist” approach to development, running high deficits while increasing social spending. Italy’s populist government insists that a broader social safety net and lower age at which point pensioners can receive benefits will stimulate growth. In European Parliamentary elections, British voters sacked conservatives who articulate a clear economic rationale for dissolving the union with the Continent in favor of the Brexit Party, for whom national sovereignty suffices for an economic philosophy.

They argue for autonomy and nationalism and against global economic integration and the supranational mechanisms that guide it. This is a valuable but also sentimental expression of what conservatism has meant for a generation. In programmatic terms, these populists are economically protectionist and suspicious of the marketplace. The old and hollow critique of markets as obstacles to realizing mankind’s spiritual and communitarian desires has found new advocates within the new right. Populist factions are praised for their churlishness—irreplaceable pugilists amid a sea of capitulatory worms—but it is a rare species of pugilism that concedes most of its opponents’ core assumptions from the jump.

Significant advances of constitutional liberties and economic freedom attributable to conservatism’s ascendancy “must be assessed against a background of rising rates of suicide and death by opioid abuse, and declining rates of birth and family formation,” wrote First Things’ Ben Sixsmith. These societal maladies, among others, will be familiar to readers of Nicholas Eberstadt’s seminal 2017 COMMENTARY essay “Our Miserable 21st Century.” He noted that declining outcomes for some segments of society—working-class white men, in particular—have “set the stage for a populist storm.” That is inarguably true, but what does that have to do with the price of tea?

What populist critics deride as the “dead consensus” typified by “the soulless society of individual affluence” has delivered the tripling of the American economy over the last 40 years and the revivification of the once-moribund manufacturing sector. Their antipathy toward consumerism reflects a veiled hostility toward the conduct of commerce, which is just the name we give to the provision of monetary rewards for labor. There is no “conservatism” worthy of the name that does not value the fulfillment and self-purpose found in work. The populist right sees “tyranny” in the atomization of the market society, but maximizing the opportunities for personal choice and association will sometimes yield suboptimal personal choices. The freedom found in the capacity of individuals to reinvent and redefine themselves may be the “fetishizing of autonomy,” but the sacrifice of that autonomy adheres more closely to tyranny’s dictionary definition.

As ever, the relevant question is “what is the alternative,” and the record enjoyed by free markets all but renders the question moot. Seven-hundred-million people emerged from extreme poverty between 1981 and 2008 even as the population increased by 48 percent–a correlation that those who refuse to “compromise on human dignity” should be unable to dismiss. In roughly the same period, deaths attributable to conflict have declined to their lowest proportional rates in 600 years. There is no threat to life and liberty like war, and the triumph of the market over its socialistic and Keynesian alternatives has contributed mightily to its mitigation. If that is not in “American interests,” I don’t know what is.

The populist right has a conception of itself that is at odds with reality. Its members fancy themselves the last combatants in the war against permissive leftism, but they have functionally become the 21st century’s Harold Macmillans—scratching out a “Middle Way” between a state of unfettered economic competition and stultifying central planning. The world doesn’t need two ideological poles with the same opinion on the role of the marketplace in the economy and society. As the populist right contends correctly, the conservative cause is not advanced by ceding hard-won ground. It’s a mystery then why the movement seems so devoted to surrender. 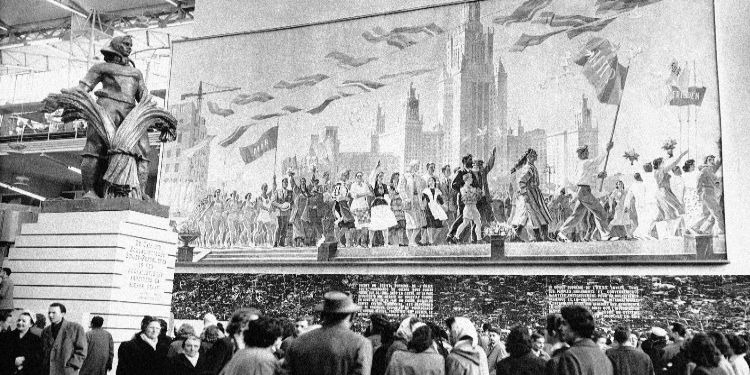