A toxic sort of racial anxiety has come to typify America’s political landscape. Rarely, it seems, is an issue or a politician viewed outside the prism of skin color. No longer can this be called racial sensitivity. For some, this kind of racial awareness borders on apprehension, paranoia, animus, and is typified by an apparent desire for a reckoning. And the greatest tragedy of all is that the grotesque notion of retributive racial justice that was once exclusive to the left has become an epidemic. The American right has caught the bug.

The latest alarming indication of America’s descent back into corrupting color consciousness comes from ABC News/Washington Post polling. Their latest survey found many of the supporters of Donald Trump and Hillary Clinton have developed an unhealthy focus on race.

Among Trump supporters, 38 percent believe minorities have too much influence on society. The left will instantly recoil at the implications of this revelation, particularly given the racially suspect way in which Donald Trump has campaigned for the president. It would only make sense that a candidate who has alleged that a Mexican-American judge cannot rightfully adjudicate a case against him because of his heritage, for example, would awaken in some of his supporters a form of real and genuine racism.

And yet, these liberals will likely not be overly concerned by this poll’s finding that 53 percent of Clinton supporters believe whites have too much influence over society. Only a perverse, collegiate ideal of social justice could render such a judgment and its natural conclusion—that white influence over society must be curtailed—reasonable.

These are two sides of the same poisonous coin. Only the most blinkered of racially reactionary liberals could fail to see that holding a hostile view toward whites is also a form of racial anxiety. Similarly, Trump supporters who might be tempted to justify their own ethnocentrism by virtue of the left’s justified hostility toward it are only rationalizing their own noxious race consciousness. Reflecting each other in a funhouse mirror, these partisans do not recognize their similarities vastly outweigh their differences.

While the assumptions of Trump supporters who believe that women and minorities receive too much deference from society are frequently tested and are often condemned harshly and without reservation, the opposite is not true. Rarely is the presumption that men and whites are overrepresented in society relative to their population questioned, much less condemned. Both views are reactionary; they fuel one another. While one side of this divide is all too aware that it is socially unacceptable, the other is under the impression that its anti-social views are sagacious and essential.

There is hope yet. There was more redemptive data in this poll than not. It should also be noted that two-thirds of Trump supporters believe women, men, whites, and minorities have an appropriate amount of influence in society. Among all Americans, about half believe women, men, and whites are appropriately represented while just three in ten survey respondents said the same of minorities. Given that minorities are, well, a minority, it is not unreasonable for a majority of the country to think that they are underrepresented in popular culture and highly visible positions of authority.

But good news doesn’t sell—not in 2016. And because Democratic voters are unenthusiastic about turning out for Hillary Clinton, the discovery that nearly four in ten Trump voters hold views about minorities that are unwelcome within progressive circles will generate a lot of attention. But Clinton voters would do well to examine their own presumptions about race and gender. They might not be as virtuous as their cloistered clique of like-thinking brethren would have them believe. 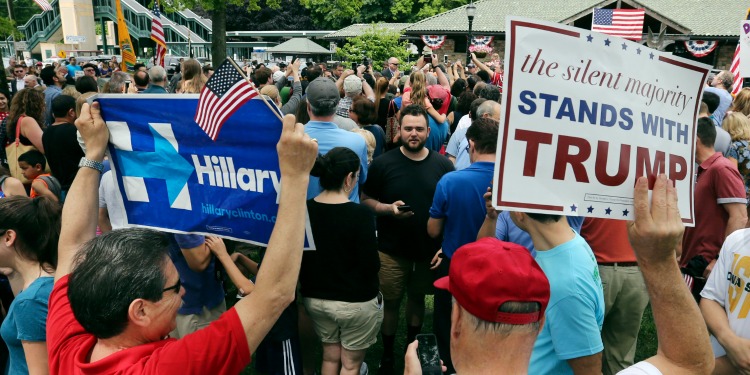