Cook County, Illinois, an archetypical Democratic monolith, is at the epicenter of what may evolve into a political earthquake. For decades, Democratic politicians have taken advantage of the lockstep support they receive from African-American voters. Despite this voting bloc’s frustration with the status quo and its politically active members’ unconcealed exasperation with the politicians in whom they’ve placed their trust, Democrats seemingly cannot fathom the circumstances in which this group of reliable Democratic voters might rethink their allegiance. That circumstance might have materialized in Chicago.

Just prior to the Thanksgiving holiday, Chicago erupted in peaceful but agitated protests when the long-anticipated video of a controversial police shooting was released. The video featured 17-year-old Laquan McDonald engaged in a verbal altercation with a group of police officers. The juvenile had a knife in his hand, but he was at least 10 feet away when one officer unloaded 16 gunshots into the teenager. The video shows McDonald collapsing instantly, followed by the shooting officer cautiously approaching the body and nudging it with his foot to confirm McDonald’s death. The release of that video almost simultaneously coincided with the revelation that charges would be brought against that officer, Jason Van Dyke, for the first-degree murder of a minor.

The city ultimately settled with the family over the slaying of the teenager that occurred in October of 2014.  The McDonald family was awarded $5 million, but only well after Rahm Emanuel won re-election. As Columbia University Professor Bernard Harcourt wrote in the New York Times, there is ample reason to open an independent investigation into this incident. The city of Chicago and its political establishment cannot be trusted to perform a thorough and dispassionate audit of the facts that led to the burying of the evidence related to this case at a time of maximum political convenience for Chicago’s mayor.

Harcourt noted that this shooting death occurred as the Black Lives Matter movement was gaining steam. Just weeks later, a grand jury verdict clearing the officer responsible for the death of Michael Brown in Ferguson, Missouri, would result in the torching of that city and nationwide protests. Emanuel was in the midst of a competitive reelection fight, and a challenger to his left proved potent enough to compel a runoff election in February. “The video of a police shooting like this in Chicago could have buried Mr. Emanuel’s chances for re-election,” Harcourt wrote. “And it would like have ended the career of the police superintendent, Gary F. McCarthy.” So the videos of this incident were suppressed, and the charges against the officer delayed. Emanuel’s position was secure, as was New Jersey Senator Cory Booker’s former top cop, McCarthy.

Chicago, Ferguson, Baltimore, Maryland; all Democrat-led cities where Democratic politicians faced protests and disruptions to the peace following episodes of police violence. There is an opportunity here for Republican politicians, should they choose to take it. Sadly for Republicans, and even sadder for the nation’s African-American community, they probably won’t.

A competent and unifying Republican politician seeking the White House could ask of black voters, who have for generations voted the straight ticket, why they believe they are being taken for granted? Why is it that they are always the target of so much lip service from Democrats, but that never seems to amount to anything? Baltimore Mayor Stephanie Rawlings-Blake was being groomed for higher office when African-American dominated portions of her city was set alight, a nightmare her police forces initially determined to contain but not halt. Rahm Emanuel is a former Democratic congressman, a campaign committee chairman, and President Barack Obama’s first White House chief of staff. This is the Democratic establishment, and their behavior demonstrates for all who are willing to see it that their careers have and always will come before the best interests of their African-American constituents.

Republicans like Senator Ted Cruz, who yesterday made the inflammatory contention that “the overwhelming majority of violent criminals are Democrats,” are not best suited to make that case. Cruz, like many other Republicans vying for their party’s presidential nomination, are more interested in appealing to a narrow and shrinking base of conservative voters who would rather have their fragile egos massaged than to see their party’s tent expand. Even Republicans like Chris Christie, who have experience working with and appealing to blue state constituencies, have written off the Black Lives Matter movement as one that does not deserve to be lent “credibility” from America’s elected leaders. But other contenders, notably Senators Marco Rubio and Rand Paul, have done noble work in adapting their message to appeal to minority constituencies. They have determined to address this group’s concerns rather than to tell them what their concerns ought to be.

A smart Republican office seeker could make hay of this moment and drive a wedge in between Democrats and their most loyal voters. For a politician auditioning to serve as the president of all Americans, this would be a smart course of action. It would also be a politically beneficial one.

Too often, it seems as though Republicans are wedded to the notion that the 270 Electoral College votes are enough. If the demography of the GOP’s winning coalition in 2004 can get them there in 2016, even if it cannot in 2020, so be it. This is self-evidently flawed thinking. “According to our number crunching, had ZERO Latinos voted in 2012, Obama would have lost the popular vote but still would have won the White House with 283 Electoral votes,” Cook Political Report’s Amy Walter noted. Shifts in the African-American vote, located as it is in predominantly urban centers in key swing states, could most dramatically move the electoral needle. The ground is fertile should the GOP seek to sow the seeds of discord and schism. Hillary Clinton does not inspire nearly the same level of faithful support among African-Americans as does Barack Obama. In 2014, Republican candidates secured 10 percent of the black vote according to exit polling; a modest showing, but enough to deliver a landslide that yielded to the GOP majorities in both chambers of the federal legislature and the governorships of dark blue states like Massachusetts, Illinois, and Maryland.

Political calculations are, however, petty and trite when the factors that should matter most for Republican politicians are the preservation of national comity and the defeat of corruption where it exists. What happened in Chicago is a scandal, and it is one that Democrats cannot address without exposing the highest echelons of the party’s establishment to withering and negative scrutiny. Only Republicans can do what needs to be done. It will be a great tragedy if they decline the opportunity. Not just for the party’s political prospects, of course, but for the sake of the nation’s African-American voters who are a constituency utterly without scrupulous representation. 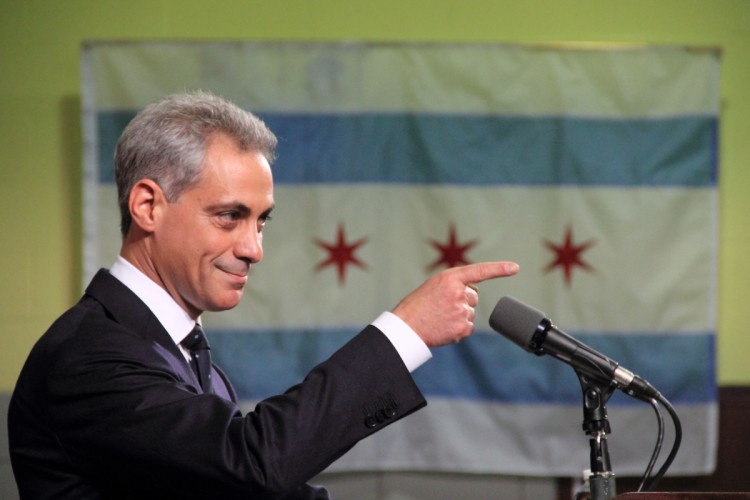