What began as the faintest murmur of sedition is becoming a clarion call. The closer the Republican Party gets to nominating Donald Trump, the more its stalwart members –adherents to the animating philosophy of conservatism that has for generations served as the party’s foundation – ponder their futures in exile. These are not the movement’s zealous agitators, beholden to no constituency. The party’s leaders – its elected officials and its elder statesman – are contemplating civil war, even if that means their permanent marginalization.

Something changed in the tone of the party’s anti-Trump wing over the weekend. Endorsed on Friday by Chris Christie, the former chairman of the Republican Governors Association, and longtime Alabama Senator Jeff Sessions, the reality television host who once seemed anathema to the conservative movement has achieved a new level of legitimacy. Those paradigm-shifting endorsements prompted more than a handful of conservatives to rally around a Twitter hashtag declaring their intention never to support Trump under any circumstances, even if he becomes the party’s presidential nominee.

How much of this can be dismissed as emotions running hot amid the incandescent passions of a primary race? Surely, some. If history is any guide, and it must be said that she has been woefully misleading this cycle, the hard feelings of the primary will subside when the general election begins. In the past, the nominating convention serves to unify the party elites and the vast majority of its voters around even a flawed nominee. The Republican Party’s elected officials, particularly those seeking re-election, are usually compelled out of necessity to embrace the top of the ticket. Even if that’s purely for self-preservation, it is a phenomenon that enforces discipline within the ranks.

Something different is happening here. It is easy to dismiss the enthusiastic band of conservative organizers who pledge to form the vanguard of an underground anti-Trump resistance movement. Harder to disregard are Republican Party elites who are also preparing for the worst.

The nascent backlash against the party’s own voters spans the ideological spectrum of the GOP’s coalition in the federal legislature. “You’ve got to consider him the favorite at this stage, so it’s concerning. It may lead to a realignment of the two parties,” said the rigidly libertarian Michigan Representative Justin Amash, who declared he would not support “a populist and a nationalist” as his party’s presidential nominee. “If Trump becomes the Republican nominee my expectation is that I’ll look for some 3rd candidate – a conservative option, a Constitutionalist,” declared the loyal conservative Nebraska Senator Ben Sasse.

Senate Majority Leader Mitch McConnell has given his members the green light to do whatever they need to in order to preserve their position if Trump becomes the nominee, up to and including campaigning against him. “We’ll drop him like a hot rock,” said McConnell of the GOP frontrunner. He cited as precedent the 1996 presidential campaign, when the outcome was never truly in doubt, and the Republican Party’s Senate majority ran successfully on the necessity of divided government. Resigned to a loss at the top of the ticket, the New York Times reported that the congressional GOP is laying the groundwork to run in 2016 as a check on the inevitable 45th President of the United States, Hillary Clinton.

This is not a tantrum; it is the cold-eyed reality of a political party that is staring its own involuntary redefinition in the face. In the form of an open letter appeal to Republican National Committee Chairman Reince Priebus to cut Trump loose from the party, Ricochet’s Jon Gabriel noted the many ways in which the Republican Party would be forced by a Trump nomination to preside over its own suicide.

The GOP’s down ballot candidates would have to defend a candidate who has embraced torture for its cathartic effects and has endorsed the commitment of war crimes. They would have to support the Trump conceit that George W. Bush intentionally lied the nation into the Iraq War and declined to prevent the 9/11 attacks. The Party of Trump would be one that supports individual mandates to patronize private companies like health insurers, opposes equitable global commerce, and backs reckless trade wars with its most valued partners. It would be a party that declares Hispanic immigrants rapists and is suspicious of foreign, naturalized, and native-born Muslims. It would be a party that rallies toward a figure that advocates the crushing of dissent, and flirts with political violence toward that end. It would be a party that subtly nods toward rather than disavows anti-Semitism and anti-black bigotry, and which brings those distasteful elements out of the shadows. It would be a party that reverts to a status quo ante Goldwater. It would be a rump party, and its members have been cut loose. It’s every man and woman for himself.

If there is a crackup of the GOP, however, it would likely only result in a splinter movement. The hyper-partisanship of the present era would likely corral most traditionally Republican and Democratic voters into their respective camps by November. A splinter group’s stated goal might be to prevent Trump from winning the White House, or perhaps even to field an alternative candidate in the few states where there is still time enough to get a conservative on the ballot that might prevent any candidate from securing 270 electoral votes. These hopes are likely illusory. The most successful outcome a splinter movement could hope for would be to prevent the unification of the GOP and hand Hillary Clinton a victory. That outcome has not yet been endorsed by any of the party’s willing mutineers, but those are the terms with which they must resign themselves sooner or later if they are to pursue a revolutionary course. 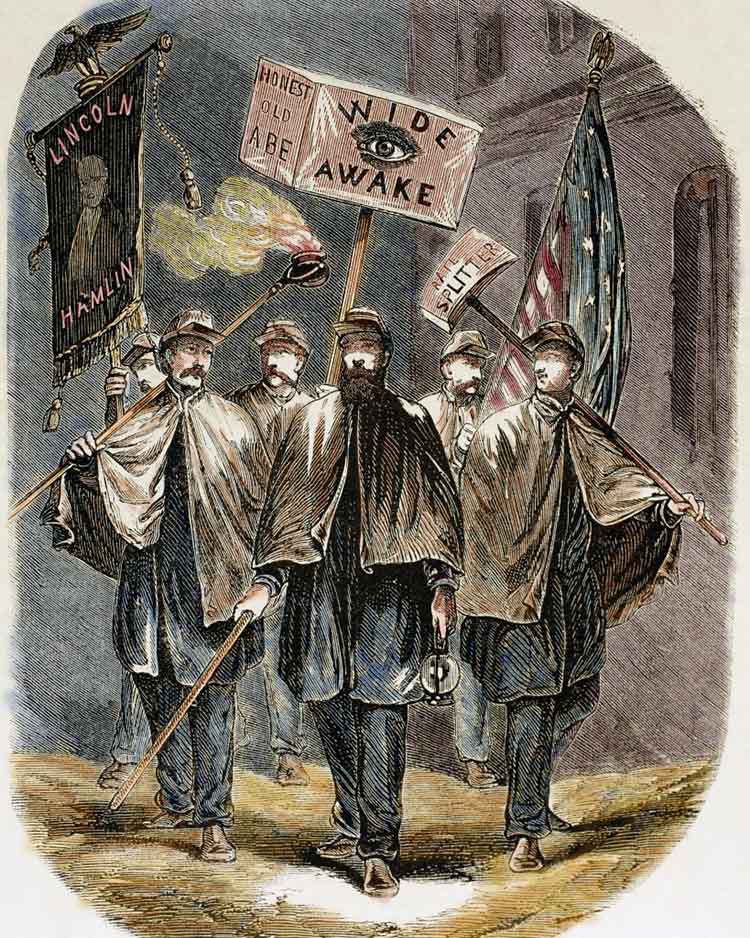