For the better part of a decade, intrepid reporters have committed to the furious pursuit of synonyms for “pounce.” We’ve been privy to the breathless recounting of how the GOP “appropriates,” “seizes,” “races,” and “thrusts.” Occasionally, the verb is dispensed with in favor of tortured turns of phrase such as “developments in allegations against Biden amplify efforts to question his behavior,” which is just an abstruse way of saying that Republicans are among the millions of Americans who can read.

The objective is always to misdirect the audience’s attention away from the story and toward the Republican reaction to the story. It is the journalistic equivalent of gesticulating wildly, and it seldom redounds to the benefit of the media outlets that engage in this form of hackneyed prestidigitation. The story has a way of justifying its own existence even though all the wrong sorts of people may become aware of it.

Take, for example, a January 10 story in Politico that has aged with all the grace of sun-ripened sour cream. “GOP races to suggest Trump equivalency in Biden-linked classified docs,” read a headline laden with the implication that the equivalency was false. The dispatch documents Republican lawmakers’ reactions to the revelation that President Joe Biden’s attorneys discovered on private property a cache of improperly secured classified documents from his tenure as vice president. The report notes that some GOP officials are concerned that the president may have violated the same statutes that Donald Trump is accused of violating, while Democratic lawmakers pushed back against that claim by observing that Biden distinguished himself from his predecessor by declining to stonewall investigators.

That was a debatable assertion even at the time. It is at least a curiosity that Biden stored those classified documents in a folder marked “personal,” which the property of the U.S. government is most certainly not. Biden’s defense of his conduct is just as unsatisfying. It’s wholly insufficient for the president to rely on the advice of counsel by insisting that he should not know or even ask what was in the documents, which reportedly relate to American national interests in Europe and Central Asia. And because this issue is now in the hands of the Justice Department—an executive agency the president controls—it is a matter to which Republicans are only spectators. All this is to say that, if Republicans ceased to exist tomorrow, this story would still have its own merit. And it’s only growing in relevance.

It turns out that Joe Biden had another cache of classified documents stored in the garage of his Wilmington, Delaware home, which was handled with inexplicable disregard given the half-century Biden spent in government. The behavior of the president and his aides has forced the Justice Department’s hand, compelling the agency to appoint a special counsel to adjudicate Biden’s alleged offenses. Republicans played no role in this affair other than to witness it. If they were racing to draw equivalencies between Biden and Donald Trump, who also improperly stored classified documents in his residence and is subject to a special counsel’s probe, we can only conclude that they won the race.

Another example of this self-defeating reportorial tick was deployed when the right watched as the Biden administration stepped on a rake. On January 9, Bloomberg News published an interview with U.S. Consumer Product Safety commissioner Richard Trumka Jr., who caused a stir by saying his agency could go so far as to prohibit new natural-gas-fired stoves and ranges. His agency had already opened public comment on the “hidden hazards” associated with these common appliances back in October. The move comes amid efforts by states like California and New York and municipalities from Seattle to Boston to Montgomery County, Maryland, to remove these instruments from consumers’ hands. Republicans noticed all this and complained, which was enough to make the GOP the focus of a story that otherwise did not involve them.

The “gas stove furor is emblematic of Republicans’ broader efforts to thrust President Biden’s environmental agenda into the nation’s ongoing culture wars,” the Washington Post informed its readers. “Despite official insistence that fears of a ban are unfounded,” Axios reported, “conservatives are suddenly championing gas stoves in a new culture war.” After detailing the degree to which the issue is at least real, predicated on dubious science sponsored by activist groups, and plays into the caricature of aspiring progressive social engineers as cosseted, urbanized busybodies, the Atlantic’s David Graham nonetheless found five paragraphs’ worth of fault in the “paroxysm of agitation among conservatives” who objected to it all.

The Republican reaction to the story does not make the story go away. It never has. When media focus on Republican spectators to the story to detract from the discomfort Democrats are experiencing at the moment, it serves only to highlight their discomfort. It’s fitting that such an intellectually indefensible exercise yields quickly diminishing returns. And yet, given the reputational risks and intangible gains associated with the practice, there must be something to it. It has to be psychologically gratifying to withdraw, even for a few moments, into the comforting familiarity of Republican awfulness. That sort of behavior has many names, but we dare not call it journalism. 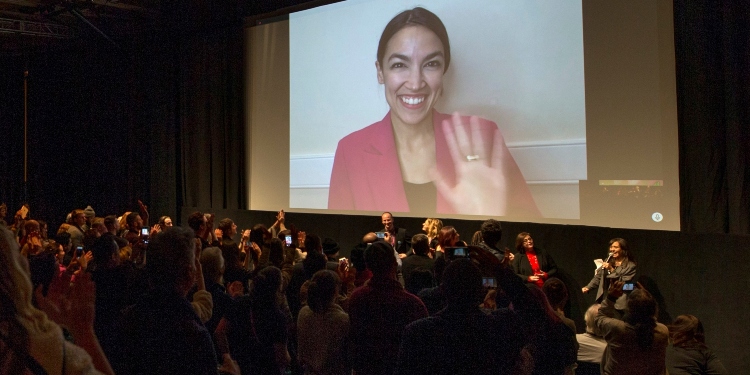