If the 2016 presidential election cycle demonstrated anything, it was that Republicans suffer from a crippling lack of imagination. That ordeal should have established that the unprecedented is not impossible. Even now, Republicans seem as though they are trying to convince themselves that their eyes are lying to them, but they are not. The tempo of the investigation into President Trump is accelerating, and a nightmare scenario is eminently imaginable. Only congressional Republicans can avert disaster, and only then by being clear about the actions they are prepared to take if Trump instigates a crisis of constitutional legitimacy.

The events of the last 36 hours unrolled like a cascade. Late Wednesday, the New York Times published an interview in which Trump delivered a stinging rebuke for Attorney General Jeff Sessions, scolding him for recusing himself from the investigation into the campaign’s ties to Russian operatives. In that interview, Trump appeared to warn special counselor Robert Mueller not to dig too deeply into his personal finances, or else.

Hours later, Bloomberg News revealed that Mueller’s probe was investigating Trump’s business transactions and tax records—a leak surely made in response to Trump’s arm-twisting. More leaks from the investigation confirmed that former Trump campaign manager Paul Manafort was being investigated for involvement in a money-laundering scheme, a revelation made more discomfiting by the discovery that he owed pro-Russian interests $17 million before joining the Trump campaign.

With the noose tightening, the lead attorney on Trump’s personal defense team, Marc Kasowitz, and the legal team’s spokesperson, Mark Corallo, resigned. The Washington Post reported that “Trump has asked his advisers about his power to pardon aides, family members and even himself in connection with the probe.” Trump’s spokespeople insist the president has no intention of pursuing the dismissal of the special counsel investigating his campaign, but his every action indicates that this is a lie.

Prominent Republicans reacted to all this incredulously. “There is no possible way anybody at the White House could be seriously thinking about firing Mueller,” Sen. Bob Corker insisted. “We all know the president,” said Sen. Orrin Hatch. “He makes some of these comments that he really doesn’t mean.” Sen. Susan Collins was willing to go a bit farther: “It would be catastrophic if the President were to fire the special counsel.”

Off the record, however, Republican lawmakers are far less circumspect in relaying their fears about what the president is capable of doing to the republic. “Any thought of firing the special counsel is chilling. It’s chilling,” an unnamed GOP senator told CNN. “One gets the impression that the President doesn’t understand or he willfully disregards the fact that the attorney general and law enforcement in general—they are not his personal lawyers to defend and protect him,” another added.

These tepid comments for the record, with courage reserved only upon condition of anonymity, expose how Republicans in Congress have again failed to meet the measure of the moment. These are dangerous days, and it is incumbent upon Donald Trump’s party in Congress to deter the executive branch from overstepping its authority. The only way to do that is to be clear about what the consequences for that kind of transgression will be.

The Congressional Research Service defines how the president could execute a nuclear option against the independent counsel’s office. The Attorney General has recused himself from campaign-related investigations, so Trump would have to insist Deputy Attorney General Rod Rosenstein remove Mueller. If Rosenstein declined, his resignation would likely be on offer, and his acting replacement (Associate Attorney General Rachel Brand) would have to field the same request. At this point, the comparisons between the Trump White House’s behavior and that of the Nixon administration ahead of the 1973 “Saturday Night Massacre” are no longer hyperbolic.

In lieu of any ability to contain or control the special counsel’s office, Trump’s defenders have mounted a public relations campaign designed to undermine its authority and discredit its members. That will rally Trump’s diehard supporters, but the president remains unsatisfied. National Review’s Rich Lowry speculated convincingly that Trump would have little choice but to move against Mueller. Sooner rather than later, the conditions the president said would force his hand—a probe of Trump’s personal finances—will be met. Lowry observed that Trump seems to believe his tax records and business practices should be off limits and his experience has taught him “that fortune favors the recklessly bold.”

Republicans in Congress must stop comforting themselves with the notion that the worst cannot happen. They have to summon the courage to state publicly what they so freely tell reporters on background. If they are so concerned that the norms and traditions that have preserved the rule of law in this republic for 240 years are in jeopardy, they must say so. And they must say what the consequences will be for Trump, his associates, and his family if he goes too far.  Republicans in office are disinclined to pursue a course of action against Trump that might jeopardize their standing with the voters who love him. None of that matters. Prioritizing their parochial careerist considerations over the best interests of their party and their country is how they got themselves into this mess.

Republicans may dislike the prospect, but it’s fast becoming time for them to start saying the “I” word if only to save the president from his most reckless impulses. The longer they tell themselves that the unthinkable is impossible, the more likely it becomes. 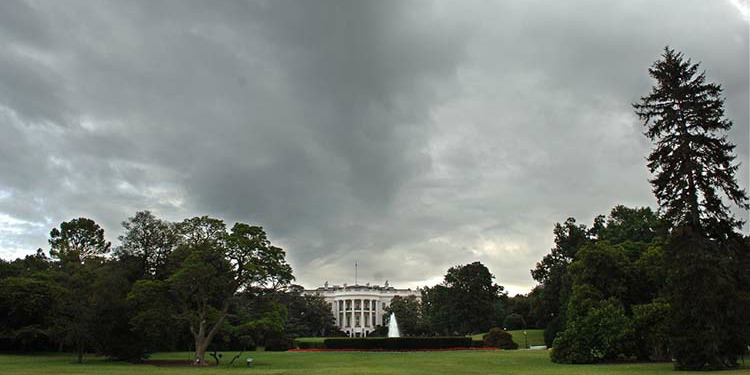