These days, somewhat paradoxically, Forgotten America is on everyone’s mind. Even before Donald Trump won the presidency by appealing to demographics and themes that effete, urban Americans found gauche, books like J.D. Vance’s Hillbilly Elegy and John Judis’s The Populist Explosion focused elite minds on those left behind in the Great Recession’s “recovery.” Trump’s “Forgotten Man” was, however, forgotten long before 2008. By casting himself as a defender of the status quo ante—leaving it up to voters to determine for themselves precisely when their preferred “ante” was—Trump tapped into the political potency of nostalgia. The globalized information age is not done transforming the American economic landscape. Others will soon join the ranks of those left behind.

The rise of Trump has focused the nation’s attention on the implosion of the Middle American plant town. Across the industrial Northeast and Midwest, working-class voters were left stranded in hollowed-out communities. That was only one stage of the modern economic metamorphosis. Another feature of the visible American marketplace may be about to collapse.

Brick-and-mortar retail may soon become an endangered species. Last August, Macy’s announced the closure of 100 stores in America, including a flagship presence in San Francisco. J.C. Penney followed suit. Between 130 and 140 of its stores will close this year. The thousands of employees who work at one of the 154 Wal-Marts closing this year will soon have to find new work. Over 500 Radio Shack locations will soon liquidate their holdings. American Apparel, Wet Seal, Bebe, Office Depot, Aeropostale, American Eagle, Game Stop, Men’s Wearhouse, Payless, The Limited, Abercrombie & Fitch, and many more–all are either going out of business permanently or substantially reducing their physical footprints.

The collapse of the physical retail sector in America is accelerating and, in many ways, mirrors the implosion of its more mythologized cousins like the steel industry. As the cost of labor and energy rose and the demand for domestic American steel fell, the industry underwent a radical transformation. Despite popular belief, the steel industry never disappeared. Pursuant to the laws of comparative advantage, American steel manufacturers simply shifted to producing more specialized steel products that yield higher returns. Still, the lore of American steel and the lives that industry once supported enjoy a powerful hold on the imagination of men like Donald Trump. The retail industry’s implosion may soon have a similar effect. As an industry, it lacks only a similarly compelling story. That’s about to change.

Citing research by Guru Hariharan, a former Amazon.com employee and the founder of his own online retail portal, the Atlantic’s Jerry Useem painted a dire picture in the magazine’s forthcoming issue. “On a whiteboard, he drew a series of lines representing the rising share of online sales for various kinds of products (books, DVDs, electronics) over time, then marked the years that major brick-and-mortar players (Borders, Blockbuster, Circuit City, and RadioShack) went bankrupt,” Useem wrote. “At first the years looked random. But the bankruptcies all clustered within a band where online sales hit between 20 and 25 percent.” That inflection point is a pivotal one, and it’s not limited to retail services. Grocers are expected to reach it by 2025. Education and learning programs may be next.

Americans are clearly attracted to the convenience of Internet shopping despite, as Useem demonstrated, fluctuating and personalized pricing that occurs online. That doesn’t mean they prefer the experience. According to the results of a December Pew Research Center study, 65 percent of online shoppers prefer to do their shopping in physical outlets. In 2011, over 14 million people—approximately 10 percent of the American workforce—were employed in retail trade. “Cashiers and retail salespeople were the most common occupations in the entire economy in 2011, employing 3.3 million and 4.3 million people, respectively,” read an Aspen Institute study.

According to the liberal activist organization Demos, the retail workforce is made up of many employees who literally cannot afford to lose their jobs. Fully 26 percent of median hourly wage retail workers live at or near the poverty line. Of them, over half are the sole income-earners in their family.  The speed with which this industry has been transformed and the neediness of those it will leave behind ensures that there will be many heart-rending stories to tell. As 2016 demonstrated, those stories get results.

The decline of retail has coincided with the decline of America’s official unemployment rate, which is today lower than at any point since April of 2007 (at 4.5 percent). This industry isn’t disappearing entirely, and its employees are being absorbed by other sectors of the economy or by firms that fulfill the demand for online retail. But the visibility of a vibrant physical retail sector is as critical to America’s sense of place and purpose as are the steel mills of legend. Retail’s labor force may not be as displaced as were the manufacturers who worked in America’s blue-collar businesses, but the public spaces their industry created and the daily interactions they facilitated will not be so easily replaced. There will always be someone, somewhere willing to promise the restoration of that which was lost to progress.

Dreamy reminiscence is a useful political tool when wielded by a skilled polemicist, and the evolving American vending landscape will have repercussions that extend well beyond the local outlet mall. The impulse to freeze existing employment conditions in place is, however, unrealizable. Politicians may promise to reverse the tides of history, ease the pressures on employers to automate rote labor, and repeal the Internet. Even if retail venues are more limited, Americans should recognize when they’re being sold a bill of goods. 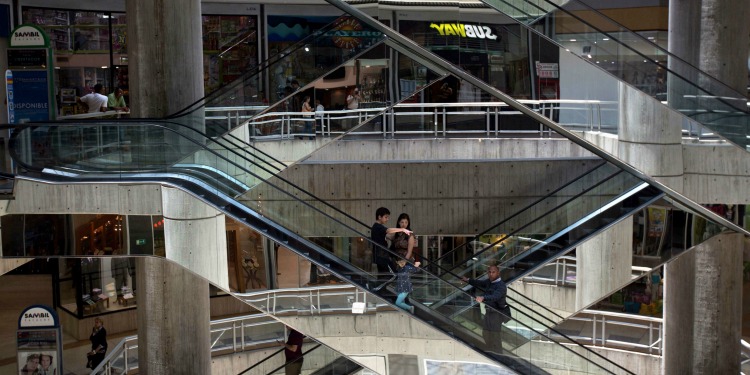