For some, there is one expression that will forever color how they view former Texas Governor Rick Perry: “Oops.” That moment in 2012 when Perry famously forgot that the Department of Energy was the third of the three federal departments he wanted mothballed was rendered tragicomic after he was tapped by President-elect Trump to lead it. For some, however, Perry’s momentary memory lapse fueled by the painkillers he was taking to recover from back surgery represents more than a cautionary tale about running for the White House on dope. For them, it is evidence of his staggering ignorance. Indeed, for liberals, Trump’s Cabinet picks are frighteningly ignorant about the elementary nature of their new roles. What some confuse for ignorance may, however, be more accurately ascribed to an antipathy for the excesses of the public sector. For far too many political observers, antipathy toward big government isn’t considered a well-reasoned position and must be the result of ignorance regarding its necessity.

On Wednesday night, the New York Times did itself no favors by indulging in this bias. In two breathless lead paragraphs, the Times alleged that Perry thought his role at the Department of Energy would be to serve as a “global ambassador” for the American oil and gas industry. He was, in fact, shocked to learn that his job would be to steward America’s nuclear complexes, a responsibility “he knew almost nothing about.” The story was striking, even terrifying, and a slew of influential social-media users promoted it with all the appropriate unnerved urgency. Unfortunately, the story was largely bunk.

The Washington Examiner’s Becket Adams did a comprehensive job of demonstrating the biases that informed this piece and the hysterical reaction its tenuous conclusion inspired in those who are supposed to be professionally skeptical. He further noted that the key source for the piece told the Daily Caller that his quote justifying the conclusion that Perry didn’t know what the Energy Department did was taken out of context.

Most disturbing is the Times’ decision to offhandedly dismiss Perry’s role as a 12-year governor of the state that is home to the largest nuclear-weapons life-extension facility in the country: Pantex. “Perry’s backers also note that Texas is home to Pantex, an Energy Department plant where nuclear weapons are assembled,” the piece noted. “But as governor, he had no role in running the facility.” That is utterly bizarre. The energy secretary does not “run” nuclear plants, but he or she does perform managerial roles related to them. In that sector, Perry has ample experience. As governor, he negotiated with the Department of Energy to secure millions for environmental and health safety grants related to the plant. He was responsible for appointing personnel responsible for agencies regulating radiation.

It’s odd that we’ve heard so much about the energy secretary’s role as steward of the nation’s nuclear capabilities when its current energy secretary is a nuclear physicist whose primary role is economic development. At least, that’s how the Energy Department defines Secretary Earnest Moniz’ role. “As United States Secretary of Energy, Dr. Ernest Moniz is tasked with implementing critical Department of Energy missions in support of President Obama’s goals of growing the economy, enhancing security and protecting the environment,” reads the secretary’s mission statement.

Moniz isn’t overseeing the collision of subatomic particles at Oak Ridge National Laboratory. He’s a manager of a sprawling bureaucracy. It’s a wonder today’s hand-wringers didn’t ask themselves if it was appropriate for someone with no managerial or executive experience to be charged with overseeing resource allocation, supervision, “growing the economy,” and land management.

Moniz’s core qualification in the minds of those who dismissed these concerns wasn’t his academic background but his belief in the department’s mission, Barack Obama’s objectives, and the value of government generally. Perry’s skepticism of government produces in those who believe in a broad scope for the public sector reciprocal skepticism. That’s natural, but few of Perry’s critics are so honest about their motivations.

The same could be said for the opponents of the rest of Trump’s “controversial” nominees. Democrats have had great fun at Education Secretary Nominee Betsy DeVos’s expense in quizzing her about the relationship between federal funding and student performance or how the Individuals with Disabilities Education Act is administered. DeVos’s hesitancy to answer those questions led her Democratic interlocutors and the liberal blogosphere to conclude she was ignorant about her own field: education. Few wondered, however, how it was an education reform advocate who spent the last 25 years studying education-related issues could have missed a few of the myriad regulations governing public education. As an advocate for private education (which, in the case of disabled American children, is how four out of every five students are educated), DeVos believes government has overreached in this field. It’s possible her confusion in her confirmation hearing is a testament to the convoluted regulatory environment governing education.

Similarly, incoming Department of Environmental Protection Secretary Scott Pruitt has been dubbed ignorant on everything from his agency’s mission to the science of carbon emissions and lead poisoning. It’s no coincidence that he filed 13 lawsuits against the EPA as Oklahoma’s attorney general. These are not frivolous suits; the EPA has been halted by the courts in its effort to regulate firearms by declaring lead bullets an environmental hazard and in its attempt to declare jurisdiction over every American waterway, including unnavigable creeks. The outgoing administration leaned on the EPA to enact regulations by fiat that otherwise could not pass the federal legislature. Obama’s hyperactive EPA is facing a variety of outstanding court cases and injunctions, and Pruitt will help reorient the regulatory body back toward a reasonable mission.

This isn’t ignorance; it’s appropriate skepticism of the federal government’s sprawling and directionless mission creep. For too many Democrats, however, a failure to genuflect before the altar of government is evidence of a personal failing. Trump’s nominees do not share the left’s reverence for all things public sector, but that is not itself proof of incompetence. Just the opposite. 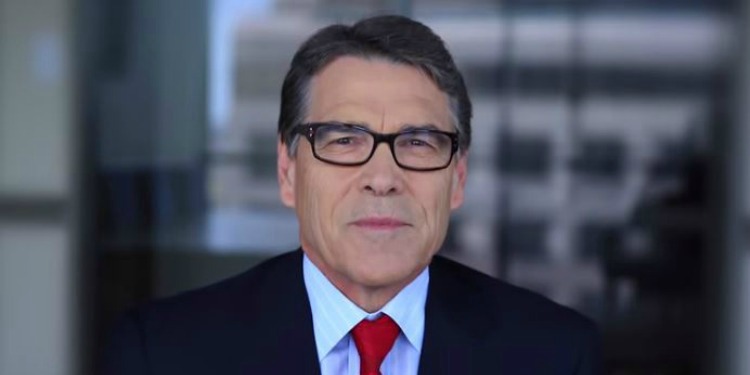