Last week, John Podhoretz noted that Donald Trump’s new claim that the election will be “rigged” against him isn’t new at all, because Trump contends everything is rigged. From the economy, to the nation’s immigration system, to America’s trade deals with foreign powers, to political polling; all are beset by traitors colluding to rob him and his avid supporters of their due. It’s a seductive narrative for a subsection of voters who are inclined to believe a vast conspiracy is the cause of their lot, and it indicates that Donald Trump will be harping on his poisonous theme long after November 8. But that’s the long game. What will be the effects of Trump’s “rigged” talk over the next two weeks? The indications are that this purely self-destructive notion does Trump no immediate good, and may end up taking a lot of Republicans down with him.

For months now, Trump has explicitly asserted that the only way the GOP nominee could lose Pennsylvania—a state that hasn’t gone red in a presidential race in 28 years—is if voter fraud pushes Hillary Clinton over the top. Recently, that rhetoric has taken on a more menacing tone. “We’re going to watch Pennsylvania—go down to certain areas and watch and study—[and] make sure other people don’t come in and vote five times,” Trump said in October, urging his followers to act as poll watchers in what are clearly references to Democrat-voting minority districts in urban areas. “And when [I] say ‘watch,’ you know what I’m talking about, right?” Trump winked to his followers in Ohio. Surely, many of them do, but how many? Anecdotally, indications are that the cohort that will follow his directive is non-existent.

“There’s a real disconnect between the intensity of the buzz at the national level and anything we’ve seen on the ground,” said Al Schmidt, GOP vice chairman of the Philadelphia election board, in an interview with the New York Times. “We haven’t received a single call from somebody outside Philadelphia looking to be a poll watcher.” A local Ohio Republican official confirmed that interest in registering to monitor activity at polling places was on par with what they had seen in 2012.

Perhaps Trump supporters don’t know (because he has not said) that poll monitoring requires prior registration. Maybe Election Day will be characterized by roving gangs of red-hat-wearing, truncheon-bearing hoodlums descending on minority polling places. That’s the fear expressed by many a hysterical Democrat. The more likely reality is that Trump’s talk of the vote being rigged has had the understandable effect of depressing Republicans. Why would you go out of your way to participate in an election that is already lost to your party and your candidate? Republicans have long feared that Trump would leave the GOP with a gaping hole where its base voters should have been on Election Day. That fear is becoming a reality.

A new ABC News survey released on Sunday showed that the GOP is losing its interest in the election. Last week’s ABC News/Washington Post poll found a dramatic 12-point drop in enthusiasm to vote among Trump-backing Republicans who supported a different candidate in the primary. “Intended participation now has followed,” read Langer Research’s dispatch. “The share of registered Republicans who are likely to vote is down 7 points since mid-October.”

That poll also found that the vast majority of voters believe Trump should accept the results of the election if he loses. 34 percent of self-described Republicans disapprove of Trump’s effort to preemptively delegitimize the election’s results. Another 23 percent of Republicans agree with the majority who say he’s just making excuses for his inevitable loss.

As the bottom has fallen out of Republican confidence, so has the floor under longtime GOP officeholders begun to buckle. The Cook Political Report now lists Republican fixtures in the Congress like John Mica, Darrell Issa, and Scott Garrett in the endangered column. Their races are tossups and, if the GOP doesn’t show up in November, they could lose. That’s especially true for Issa and other California Republicans, who are combatting GOP ennui resulting from the lack of a Republican in the state’s race for U.S. Senate. Both New York Times and FiveThirtyEight forecasters predict the GOP will lose control of the Senate despite the fact that raw polling averages show the race for the upper chamber is a tossup at best.

Voters do not vastly prefer Democrats to Republicans in the “generic congressional ballot” question, and the GOP might be able to generally outperform Donald Trump at the polls. If the GOP’s base voters stay home, however, the result could be a Democratic wave election.

The cratering of GOP support would only serve Trump’s long game. His ego may not survive a national landslide loss in which Republican congressional majorities survive. Trump’s claims of a rigged election may be baseless, but they are not purposeless. Whether intentional or not, the outcome of Trump’s “rigged” talk will bury the GOP along with his presidential campaign. 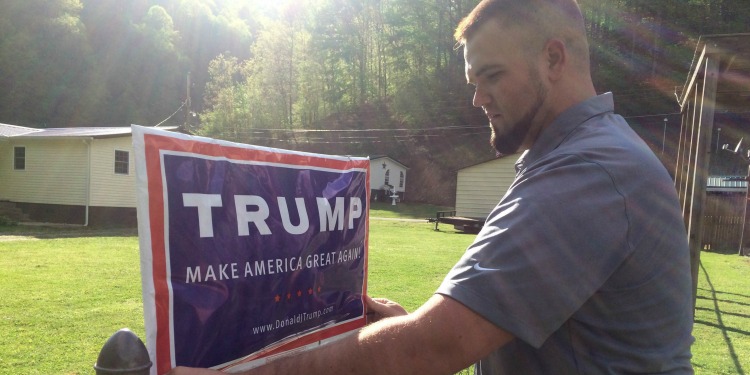