“Russia’s actions are a problem,” President Barack Obama conceded at a March 2014 news conference in the Netherlands. He quickly pivoted, however, to a familiar dismissal designed to assuage the public’s mounting concerns over Moscow’s naked revanchism. “They don’t pose the number-one national security threat to the United States.”

“I continue to be much more concerned when it comes to our security with the prospect of a nuclear weapon going off in Manhattan,” the president said. He must have known at the time that these two pressing concerns were neither mutually exclusive nor as distinct as he had implied.

Shortly after the towers fell, New Yorkers were paralyzed by the pervasive fear that, as terrible as September 11th was, it could have been worse. The most alarming of prospects was the apprehension that an attack on another major American metropolis with less conventional weapons was imminent. The worst of those unconventional instruments of mass death was doubtlessly a radiological one. Perhaps it was the repetition with which American politicians invoked the prospect of nuclear material making its way into the hands of terrorist actors that soon numbed New York City residents to that terrible vision. By the time that Barack Obama issued his warning, conjuring the specter of a nuclear incident in Manhattan seemed like merely the perfunctory acknowledgment of a remote worst-case scenario.

That cynicism is unwarranted. The threat is all too real.

It is a story that would not seem out of place in a thriller novel. Constantin Malic, a Moldovan police officer, today has a target on his back. For several years, Malic had been tasked with policing what had become the chief route through which aspiring terrorists sought to acquire nuclear material. Over the years, he had watched deal after deal go down, but he had also observed as those who were implicated in the crimes received only light punishments or disappeared entirely. He and others provided a slew of material describing their experiences to the Associated Press, and they are chilling. For the better part of the last decade, smugglers with access to nuclear materials and links to Russian governmental agencies have been using Moldova to seek the transfer of those agents to terrorists with plans to attack the United States.

In February of this year, an aspiring smuggler with nuclear material for sale took over 20 meetings with someone he believed was a representative for the Islamic State. Eventually, that representative was provided with a sample of radioactive cesium for use in a dirty bomb. Fortunately, the recipient of that material, itself unsuitable for a radiological device, was a Chisinau informant. Less fortuitously, this was only one of several attempts by smugglers to transfer nuclear material to terrorists with the explicit aim of using it to target Americans.

“I really want an Islamic buyer because they will bomb the Americans,” one of the smugglers said to an informant who was illicitly taping the conversation. In another instance, a former KGB informant was alleged to be shopping enriched uranium to prospective terrorists, the kind of material used in nuclear weapons. “He said multiple times that this substance must have a real buyer from the Islamic states to make a dirty bomb,” Malic told reporters. The seller hinted that he also had plutonium of a variety that could be used in a hideously effective radiological device available to a suitable buyer.

The person behind that sale was the infamous underworld figure Alexandr Agheenco, a man who goes by the nom de guerre “the colonel.” Though he possesses both Russian and Ukrainian citizenship, Agheenco lives in the Russian-controlled breakaway Moldovan enclave of Transnistria. He is believed to have achieved his “rank” in the service of the KGB’s successor organization, the Russian Federal Security Service or FSB. In 2011, a middleman working for Agheenco was recorded by Moldovan authorities arranging for the sale of weapons-grade Uranium 235 and the blueprints for a dirty bomb to a Sudanese buyer.

Though the four plots outlined in this AP story were interrupted, most of the high-level players have managed to evade consequences for their actions. One of the smugglers implicated in the nuclear material ring “had served barely three years for trying to sell a nuclear bomb to enemies of the United States,” the AP report read. What’s more, only a handful of this loose material had been recovered.

More startling is that American authorities were probably aware of this threat. The AP report describes a 2010 incident in which American FBI officers were horrified when Malic handed them an unprotected sample of a uranium core believed to have been smuggled out of Chernobyl that he had recovered from a seller. Perhaps most terrifying is the common thread throughout the Associated Press report that indicates the smugglers maintained implausibly deniable links to Moscow.

The notion that FSB-linked nuclear traffickers had been actively trying to transfer radioactive bomb-making materials to terrorists did not derail the famously disastrous Russian “reset.” It did not prevent President Obama from accepting a Russian-backed offer to deescalate tensions in Syria in 2013, a decision that proved to be spectacularly shortsighted. It did not prevent Obama from leaning heavily on Moscow to conclude the nuclear accord with Iran, even yielding to the Kremlin’s last-minute demands that weapons and missile embargos on Tehran be lifted. Now, with Russian and American forces engaged in a terrifyingly threatening game of brinkmanship in Syria, the threat of loose nuclear materials in Europe takes on a whole new urgency.

Last week, Moscow inaugurated its campaign allegedly targeting the Islamic State by executing a series of brazen airstrikes not on Islamic radicals but on CIA-trained and equipped forces. A feature of that assault on American-backed proxy forces was the repeated and intentional violation of NATO-allied Turkish airspace; violations that included Russian MiG fighters locking missiles on to their Turkish counterparts. On Wednesday, Fox News revealed that Russian jets had on three separate occasions intercepted U.S. unmanned aerial vehicles over Syria in an effort to intimidate American forces to retreat from the expanding Russian area of operations.

Russian actions are directly hostile toward American interests. Russian-linked actors are actively seeking to transfer nuclear materials to individuals who promise their transfer into the United States. Russia is not a partner in peace. The Kremlin might not seek war with America, but it is actively interested in its geostrategic diminution. If that means conflict, so be it.

Perhaps it is the unthinkable nature of what could come of this contest that has led Americans to bury their collective heads. The worst outcome, the sum of all fears, may be inevitable, but only if the United States continues to labor under the delusion that Moscow is a stabilizing power. The threat is real and growing, and it is incumbent on Washington to recognize it. Only then can wiser policymakers start to mitigate it before it is too late. 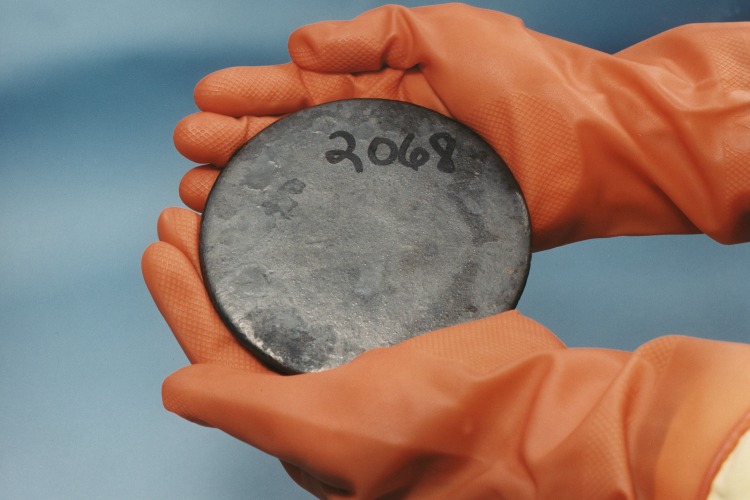