Democrats are beside themselves over most of Donald Trump’s Cabinet picks, but perhaps none more so than his choice to lead the Environmental Protection Agency: Oklahoma Attorney General Scott Pruitt.

For proof, just sample some of the measured and dignified responses Pruitt’s nomination generated among the liberal intelligentsia:

“Scott Pruitt at EPA is an existential threat to the planet,” declared former senior advisor to President Barack Obama, Dan Pfeiffer. Senator Bernie Sanders called the nomination “sad and dangerous.” His Senate colleagues, Brian Schatz and Sheldon Whitehouse, insisted the appointment constituted “a full-fledged environmental emergency” and was “a matter of corruption” respectively. Why? Because Pruitt is said to be an ally of the fossil-fuel industry. The fact that Pruitt does not believe that the science proving the link between human activity and global warming is definitive has led even supposedly dispassionate outlets like the New York Times to label him a “climate change denialist.”

The keyword in the above sentence is not “denialist” but “believe.” If Pruitt’s nomination is the hill that Democrats decide to die on in their quest to force Donald Trump to expend precious political capital on his Cabinet nominees, a debate over a belief in anthropogenic global warming is a debate they’d like to have. That would be a distraction from the pressing threat of regulatory overreach. The EPA has become an unresponsive institution that operates with contempt for the Congress that empowered it and the courts that constrain it. It is an out of control organization that must be reined in, and Pruitt is an excellent candidate to do that job.

A word that best describes General Pruitt is not, as his hysterical critics contend, “denier” but federalist. He is a fierce proponent of the right of state sovereignty, particularly his own. That has meant opposing the overreaching EPA, a regulatory body that increasingly views its mandate not as environmental protection but securing liberal policy objectives that could not become law by conventional methods.

In May of 2015, the EPA decided that its jurisdiction over navigable waterways wasn’t enough, so it simply expanded the definition of its jurisdiction to include even minor tributaries linked to navigable waterways. The EPA’s objective was less to prevent polluters from taking advantage of unprotected streams and rivers but to “subvert state sovereignty and expand federal dominion over private businesses,” as the Wall Street Journal noted. The rule effectively made the EPA arbiter of what can and cannot be constructed on virtually any plot of land with an ill-defined “significant nexus” to a watercourse. Pruitt joined several states that sought and obtained an injunction on that rule, which was later affirmed by the Sixth Circuit.

Another example of rule by regulatory fiat was a recent EPA decree that would have banned the use of lead in bullets and fishing tackle. Officially, the use of soft metals in hunting activities was said to be an unnecessary pollutant, but the effect of this regulation would have been to make ammunition unnecessarily expensive without much environmental upside. Pruitt took office pledging to oppose this regulation and, in 2014, a federal appeals court affirmed a lower court ruling that the EPA had no authority to regulate ammunition.

For the EPA, though, courts are rarely an obstacle to achieving its objectives. In pursuit of the Obama administration’s goal of forcing as many coal-fired power plant owners out of business as possible, the EPA was granted the authority to regulate mercury, arsenic, and acid gas emissions. The regulation might have cost $10 billion and raised the costs for electricity on some American consumers by as much as $1,200. In a landmark decision in Michigan v. EPA, the Supreme Court ruled that the application of those regulations was so onerous and gave no consideration to the costs incurred by the targets of its fiat that the rule had to be halted.

Currently, the U.S. Court of Appeals for the D.C. Circuit is considering whether this costly rule can be justified if the supposed benefits cannot be quantified. On remand, EPA determined to defend its rule by defending not its benefits—concocting instead “co-benefits”—but by asserting that the targets of its regulating schemes could absorb the costs. As a Cato Institute amicus brief to the court contends, “it relied extensively on purported benefits that are irrelevant and specious.” Those include the concoction of “women of child-bearing age in subsistence fishing populations who consume freshwater fish that they or their family caught” in large quantities in the vicinity of coal fire plants (who, by the way, are good for $4 to $6 million in “benefits”).

In 2012, the Washington Post editorial board fretted that the EPA’s behavior is only “helping to justify every negative caricature” of the agency by Republicans. That was a rueful concession. It followed the board’s concession that an EPA administrator was forced to resign in disgrace after calling for crucifixion for polluters and the agency was admonished by the Supreme Court for forcing an Idaho couple to sit on land they purchased within an existing sewer-lined development after retroactively dubbing it “protected wetland.” This is misgovernment bordering on madness. The GOP isn’t the problem; the EPA is. It’s time to rein it in. 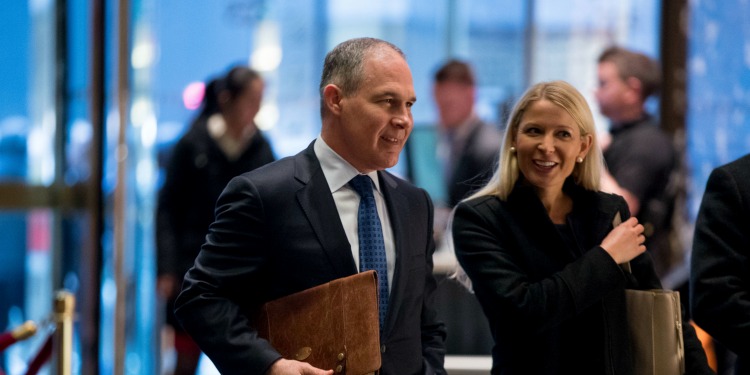