Almost from the outset of Donald Trump’s presidency, the national electoral environment turned so hostile toward Republicans that all Democrats had to do to maximize their political advantages, some observers noted, was “not be crazy.” For many on the progressive left, the temptations of partisan madness proved too hard to resist. But Democratic voters managed to nominate candidates for high office in 2018 and 2020 who generally didn’t offend voters’ sensibilities, and the party was rewarded with control of all the levers of government in Washington.

Today, the tables have turned. The political environment feels as or more hostile toward Democratic candidates as it was toward Republicans in the Trump era. All Republicans have to do to realize the advantages they’re seeing in the polls is not be crazy. It seems like that simple imperative is just too much to ask.

Last week, the Republican National Committee affirmed by voice vote the formal censure of Reps. Liz Cheney and Adam Kinzinger. They participated in “actions in their positions as members of the January 6th Select Committee not befitting Republican members of Congress,” the committee’s resolution read. It’s bad enough that this language tacitly suggests that this congressional investigation into a historic and unprecedented attack on the seat of government is somehow illegitimate, but the resolution later makes this implicit contention explicit. The resolution further condemned Cheney and Kinzinger for participating in the “persecution of ordinary citizens engaged in legitimate political discourse.”

A subsequent statement from Republican National Committee Chairwoman Ronna McDaniel confirms that the RNC knows it made a terrible mistake. “They chose to join Nancy Pelosi in a Democrat-led persecution of ordinary citizens,” she wrote of the targets of her censure, “who engaged in legitimate political discourse that had nothing to do with violence at the Capitol.” The original resolution’s failure to caveat its defense of those who gathered at the Capitol with something approximating a condemnation of the day’s violence isn’t just morally bankrupt; it’s political malpractice. The RNC’s misstep exposes Republican elected officials to political attacks that may prove highly effective.

What audience did the RNC have in mind when they not only censured their own members for investigating January 6 but papered over the day’s events? They certainly were not talking to the universe of persuadable voters that the GOP will need to win over next November. It’s not even clear that they were appealing to their fellow Republicans, who polls have shown are as offended by the attack on the Capitol and the agitation that preceded it as is everyone else.

This January, CBS News and YouGov conducted a poll asking voters for their opinions on last year’s riot. After a full calendar year in which partisan Republicans were coached by their elected officials and talking heads that the mob’s action was simultaneously not that big of a deal and, also, the work of nefarious actors on the left and in law enforcement, these pollsters found that public opinion had changed by a whopping 5 percent.

In January 2021, 87 percent of Americans disapproved of the “actions of those who forced their way into the Capitol.” A year later, 83 percent disapproved. Most of that movement is attributable to Republicans who either had a genuine change of heart or believe they have to tell pollsters that they did as a sign of their tribal loyalties. And yet, we’re still talking about a very small percentage of the Republican voting base. That same poll found that 24 percent of self-described Republicans either “strongly” or “somewhat” approved of the rioters’ actions. That’s an unnervingly substantial number of Republicans who are apparently comfortable with violence. And yet, they’re dwarfed by the 76 percent of Republicans who either “somewhat” (42 percent) or “strongly” (34 percent) disapprove of the rioters’ behavior. Finally, just 9 percent of self-described Republicans say the rioters are “typical of most Trump supporters.” Most Republicans don’t want to be associated with these people. The RNC, it seems, is not representative of most Republicans.

Whether they are discomfited by the behavior of their fellow Republicans or just don’t want to be confronted with it anymore, GOP voters want to move on. Neither Donald Trump nor the RNC, which continues to cater to the former president’s cultish self-obsession, will let them. And now, this act of political malpractice will be hung around the necks of Republican candidates and incumbents, through no fault of their own. If this resolution has any appreciable political effect at all, it will be to remind voters of that terrible coda to the Trump years and why they voted Republicans out of office in the first place.

A political party exists for one purpose: to persuade enough voters to invest political power in its candidates. The RNC’s myopia made that task more difficult. Republican voters are not well served by this abject incompetence. 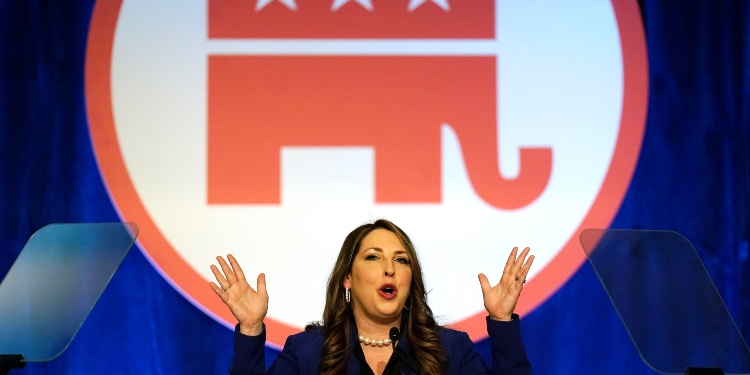 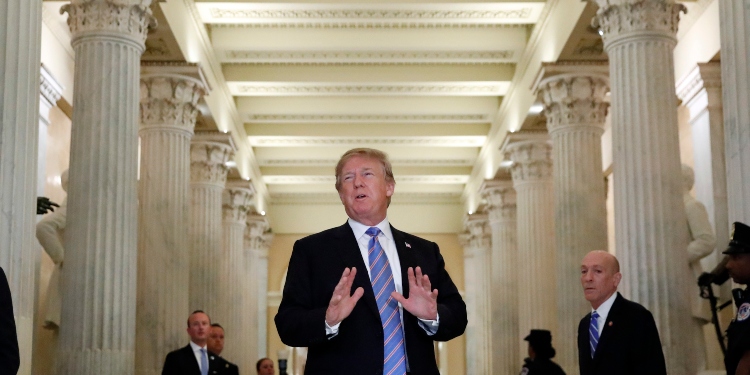