Donald Trump is not a madman. He is not entirely ignorant of American history or constitutional prohibitions on government excess, nor does he lack a sense of propriety. The act of populist demagogue demands of him regular outbursts aimed at the perceived enemies of the righteously aggrieved “forgotten man.” This is no harmless display; it distracts the public from matters Trump wishes to see buried. For now, the only story that matters beyond the Trump administration’s staffing decisions is the president-elect’s personal conflicts of interest and the inevitable clash with Congress they will engender. Everything else is convenient stray voltage.

Given the clumsy and unsophisticated messages he disseminates, it is easy to underestimate how elegantly Donald Trump wields his Twitter account. It is a populist cudgel with which he hectors his adversaries, validates his supporters, and presents himself to the nation as an accessible and relatable figure. Trump uses this asset to his advantage, albeit in ways that horrify Americans with a sense of civic decency.

On Monday, Trump spent the evening republishing the thoughts of a self-described 16-year-old anonymous fan who berated a CNN reporter in the president-elect’s name. The offending journalist had the temerity to discover that there was no supporting evidence to back up Trump’s claim that millions of illegal immigrants voted in states he lost, thus costing him a popular vote victory on November 8. Trump could not correct the reporter, so he branded him vrag naroda.

This distracting ploy was exposed for the gambit it was just hours later when Trump took to his Twitter account to change the subject entirely. “Nobody should be allowed to burn the American flag–if they do, there must be consequences–perhaps loss of citizenship or year in jail!” the president-elect exclaimed. Predictably, the usual suspects took to their corners. The terms were set: Namby-pamby constitutionalists were aghast. The salt of the earth folk were invigorated. Trump-friendly journalists who fancy themselves Keeper of the Court’s Privy Seal went about translating the president-elect’s uncouth diktats for the aristocracy. Trump’s behavior is transparent emotional manipulation, and it works like a charm every time.

Trump regularly primes the nation to engage in comfortably familiar fits of emotional pique over settled arguments (the constitutionality of flag burning has long been reconciled, but the practice is wildly unpopular). All the while, Trump manages to evade broader scrutiny over his complex conflicts of interest, none of which he seems all that eager to resolve and some which could put the country on a collision course toward a constitutional crisis.

Donald Trump spent so much time on the campaign trail at his new Washington D.C. hotel in the renovated Old Post Office Pavilion that reporters began to think they were being used to promote the accommodations. As a rare example of a Trump property in the United States that was constructed in this century, the president-elect coveted the project. He even touted its ahead-of-schedule completion as evidence of some of the things he can accomplish as president. Trump may have to give it up.

“The contract language is clear,” declared Steve Schooner and Daniel Gordon in an investigative report for Government Executive Magazine, a business publication aimed at executive-level state and federal officials. “No … elected official of the Government of the United States … shall be admitted to any share or part of this Lease, or to any benefit that may arise therefrom….” Those are the terms of the Trump organization’s lease agreement, and they don’t appear to provide the president with any leeway.

“While we recognize that some of the statutory ethics rules that generally apply to federal officials exempt the president and vice president, the prohibition on benefiting from the Old Post Office Pavilion lease does not exempt Mr. Trump,” the authors wrote. Trump continues to hold a majority stake in the hotel while Trump’s children each hold minority shares. A provision in the lease allows Trump to transfer his shares to his children, but that would preclude them from serving in any advisory capacity in the White House—roles Trump has expressed an interest in seeing his children fill.

Trump has expressed his desire on a theoretical level to unwind the myriad projects and assets that constitute the Trump Organization, and many have speculated that Trump may be unable to divest himself of his assets. He has, however, brazenly maintained his business ties as the president-elect.

Trump has allowed his daughter to sit in on a meeting with the Japanese Prime Minister in her official capacity as executive vice president of the Trump Organization. He has taken meetings with developers in India with close ties to the country’s leading business and governmental authorities. Trump properties in Brazil, Ireland, and Scotland have ongoing disputes with local authorities over zoning and corruption issues that would invariably compromise President Trump’s ability to work with those governments. Trump has seemed to endorse the authoritarian crackdown by Turkish President Recep Tayyip Erdoğan, which some speculated could be related to a conflict of interes, to which Trump himself admitted, related to an Istanbul property.

These are scandals in the making, and scandals have a way of snowballing. Scandals related to personal corruption can make an administration toxic. They steal away friends, stiffen the resolve of adversaries, and make compromise impossible, even for members of the same party. The longer Donald Trump can keep the public’s focus off of that which matters and on frivolous, fabricated controversies, the longer he can postpone an inevitable clash with Congress. In this, Trump’s greatest assets are a public that demands nothing too complicated from the arbiters of political discourse and a media culture that is all too eager to oblige. 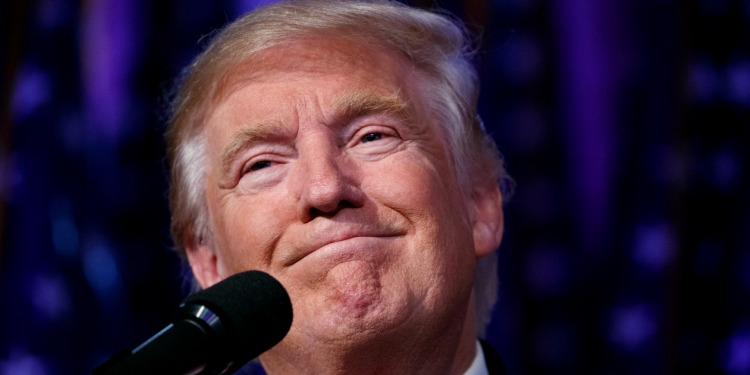