“Syrian hospitals bombings cast doubt over cease-fire,” read the Wall Street Journal’s tongue-in-cheek assessment of the sorry state of the vaunted “cessation of hostilities” in Syria. It was a headline that could have inspired cynicism in the most obstinately earnest of all international observers. The tragically credulous sincerity of the original headline proved too much to bear, and was soon amended to “hospitals in Syria bombed as fighting escalates.” Still, the original construction was far more honest than its revised version. It demonstrated rather poetically why the Obama administration’s childlike faith in its own efforts to force Syria’s warring parties into ceasefire was a fool’s hope. And hope is a terrible thing on which to base a strategy.

Just five days ago, amid peace talks in Europe  — which included a variety of foreign powers, none of which are happy with the status quo in Syria and are engaged in fighting on the ground to alter it – Secretary of State John Kerry and Russian Foreign Minister Sergei Lavrov jointly announced a breakthrough. Soon, Kerry revealed, every combatant in the multi-front Syrian conflict would observe “a nationwide cessation of hostilities.” Anyone who believed such a resolution to the five-year-old conflict could be achieved through negotiation must surely be a proponent of the power of positive thinking.

This is far from the first time that this administration has relied on Moscow to act as a custodian of American interests and global security. Barack Obama first turned to the Kremlin to impose some restraint on its client in Damascus, Bashar al-Assad, in late 2013 when it became clear that the president would be compelled to act on his oft-stated “red line” for action in Syria. The “deal” to which the president eagerly agreed, which was aimed at averting punitive war against the Assad regime in exchange for the surrender of its chemical weapons stockpiles, accomplished neither. Today, American “boots” are on the ground in Syria and the Islamic State militia is deploying mustard gas against Kurdish fighters in Iraq. Still, the White House had hope.

Vladimir Putin has made it abundantly clear to anyone willing to observe the obvious that he has no interest in preserving America’s status as either a European or Middle Eastern power. From inking arms deals with the Egyptian military president, to developing military and intelligence links with Saudi Arabia, to establishing intergovernmental and business relationships with Iraq; Russia is engaged in a full-court press to disrupt the status quo in the Middle East and decouple the United States from its regional allies. The Obama administration has seemed inclined to ignore all this so long as the Kremlin helped the president secure a long-sought legacy achievement: the signing of a nuclear accord with Iran.

On Thursday, reports indicated that Putin personally met with Iranian Brigadier General Hossein Dehqan, the architect of the 1983 terror bombing that killed 220 U.S. Marines, to negotiate the sale of sophisticated anti-aircraft batteries, tanks, and jets in violation of United Nations resolutions. Will this vaunted deal that leaves Iran a threshold nuclear power be observed by the obviously duplicitous Iran or its equally deceitful partners in Moscow? The White House has hope.

Today, less than one week after John Kerry secured peace in our time in Syria, Russia is again teaching the West Wing a lesson in skepticism. It’s just too bad that it’s a lesson no one in the administration seems willing to learn. As Russian warplanes deploy legally suspect cluster munitions on anti-regime rebel targets and flagrantly bomb civilian targets, including hospitals – and all to the deafening silence of the international anti-war movement – the administration’s commitment to naiveté is being tested.

“We think it runs counter, frankly, to the commitment made in Munich on Friday,” National Security Advisor Susan Rice postulated credulously. Russian airstrikes on medical facilities and schools “casts doubt on Russia’s willingness and/or ability to help bring to a stop the continued brutality of the Assad regime against its own people,” read a statement released by State Department spokesman John Kirby. It’s time for Russia to “put up or shut up,” said State Department Deputy Spokesman Mark Toner. Hope springs eternal.

To be absolved of the burden of pretensions of peace, all one would need to do is listen to the pronouncements of Assad himself. “There can’t be a cease-fire without a goal or a time. So far they say they want a ceasefire within a week. Who is capable of gathering all these conditions and requirements within a week? Nobody,” the Syrian president said, according to Reuters. “If a terrorist group rejects the cease-fire, who will hold it to account?”

The reality is that there could be no peace in Syria while every combatant was convinced there was still plenty of fighting left to do. The speed with which the regime, backed by Russian forces, has been advancing into rebel-held territories in recent weeks has rendered the prospect of a ceasefire laughable. Only the Obama administration, with its attachment to high-minded ideals, would sacrifice hard-won gains and momentum in exchange for illusory promises of armistice and reconciliation. For the world’s revisionist powers, hope has never held so much promise as do victories in the zero-sum game of geopolitics. They have their ideal negotiating partner in Barack Obama. 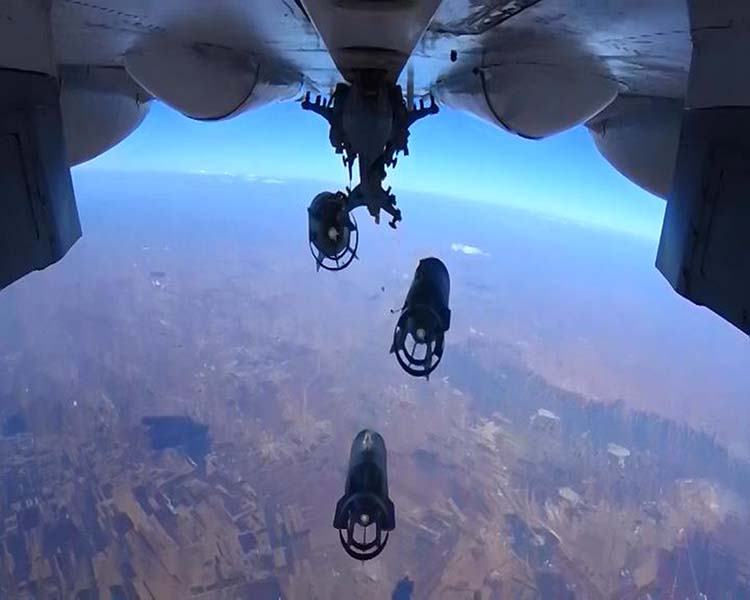