The EgyptAir flight that fell off the radar and disappeared over the Mediterranean on Thursday while on route from Paris to Cairo took 66 souls with it. Soon after the plane disappeared and was presumed to have crashed, the Egyptian Civil Aviation Ministry revealed that the possibility that terrorism caused this aircraft to fail is “higher than that of a technical error.” If this incident is proven to be an act of terror, it is a disturbing one – but, even more disturbingly, perhaps not unique.

When Flight MS804 disappeared, the plane’s pilots had not sent out a distress signal. The aircraft vanished from radar 174 miles off the Egyptian coast, far beyond the range of shoulder-fired missile from local terrorist groups. NBC News revealed that an intelligence source within the U.S. government disclosed that, while the cause is still unknown, their information indicated that an onboard explosion caused the aircraft to descend suddenly and disappear. If this is demonstrated to be an act of terrorism, it’s extremely troubling.

This isn’t the first Egypt-linked airliner to have fallen out of the sky following an onboard explosion within the last year. In October of 2015, the Russian Metrojet Flight 9268 crashed into the Sinai desert shortly after liftoff from an Egyptian airport, resulting in the death of its 224 passengers. Shortly after that incident, investigators began to suspect that the plane was brought down by an act of terrorism, one that has become almost unheard of in the post-9/11 world: an onboard bombing.

“[I]t looks increasingly likely” that a “terrorist bomb” took down the aircraft, said Egyptian President Abdul Fattah al-Sisi. President Barack Obama confirmed that U.S. intelligence was looking into that prospect. “There’s a possibility that there was a bomb on board,” the president confirmed.

Western airlines suspended air traffic over the Sinai desert, but there was no indication that a ground-based missile was responsible for the disaster. According to Egyptian officials, local authorities believed that an explosive device had somehow been smuggled onboard the airplane through airport security. An Islamic State affiliate took credit for the attack in the terror group’s magazine Dabiq. ISIS also published passport photographs belonging to the alleged terrorists who supposedly executed the attack and an image of the type of soda can that served as the housing for the improvised explosive device they used. The operation was reportedly retaliation for Russia’s decision to intervene in the Syrian Civil War just a few weeks earlier on behalf of the Assad government.

Despite the American media’s fascination with both terrorism and airplanes falling out of the sky, this incident prompted a conspicuous lack of coverage in the Western press. Perhaps the non-Western identities of the victims onboard this plane contributed to media’s ennui? Maybe the confusion over the type of attack or the panic that it could have sparked given its revolutionary nature imposed some caution on American programmers. Whatever the reason, this incident was woefully under-covered.

In January, an EgyptAir mechanic whose cousin had joined ISIS was arrested for his alleged role in planting the bomb on Metrojet Flight 9268. An unnamed source told Reuters that more arrests were forthcoming. “Two policemen are suspected of playing a role by turning a blind eye to the operation at a security checkpoint,” the source said. “But there is a possibility that they were just not doing their jobs properly.” If any further arrests were made in relation to this incident, they were not widely reported.

Though it is far too early to speculate about the nature of the latest event to strike an EgyptAir-linked flight, it is clear that the incident that resulted in the destruction of Metrojet Flight 9268 deserved greater scrutiny in the Western press. If the event that took down EgyptAir Flight MS804 turns out to also be an act of terrorism, the effect it could have on the international aviation industry will be far-reaching. 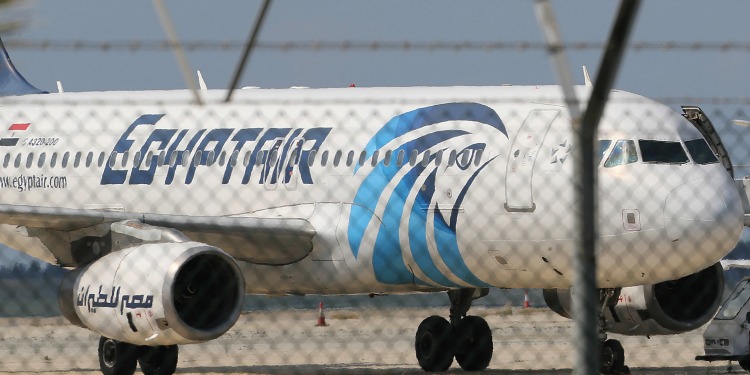