Well into the final day of the Republican nominating convention, the political world is still buzzing about Ted Cruz’s artfully subtle sabotage of the Donald Trump campaign’s preferred narratives. Much of the analysis has focused on the careerism that led Cruz to deliver the speech he did. What Cruz’s comments revealed about the Republican Party as an institution—and one led by a man like Donald Trump, at that—has, however, been given short shrift. The events of Wednesday night revealed that the GOP is remarkably fragile, and that’s precisely how its most prominent members want it.

Many a party loyalist and earnest commentator, as well as those who are emotionally invested in the prospect of dethroning the class of diplomatic and political professionals in Washington, have adopted the same theory: Ted Cruz was acting in his own interest on Wednesday night. What’s more, it reflected poorly on him. Well, to argue against the premise that Cruz’s first and foremost self-interested is to pound the table. It is undeniable that the Texas senator has his career to think about—and election cycles in 2018 and 2020 in which he will likely compete. The notion, though, that Ted Cruz’s relatively innocuous and pre-approved comments were themselves somehow untoward is utter garbage.

As our Jonathan Tobin noted, even Donald Trump has admitted that Cruz’s comments were reviewed and approved by the Republican nominee’s staff. Independent reporting has confirmed that those remarks, which were sent out in their entirety by the convention committee to reporters before their delivery on stage, were fully vetted by party and campaign officials. Cruz’s speech was replete with subversion—be it his absolutism on abortion, his support for religious freedom (whether you are Christian, Jew, Muslim, or atheist), or his condemnation of “anger” and “hatred” in favor of compassion. Muted, artful, and targeting only a narrow-cast audience, Cruz delivered Marc Antony’s funeral oration.

“Whether you are gay or straight, the Bill of Rights protects the rights of all of us to live according to our conscience,” Cruz averred. There were no boos here from the crowd of Trump-backing institutional loyalists. Only when “conscience” was linked to voting did the crowd erupt into a passionate, vocal vote of no confidence in Cruz’s remarks. That was not organic. As a number of outlets have confirmed, the Trump campaign was on the floor whipping up this sentiment, and it erupted at precisely the chosen, choreographed moment.

None of what happened last night was spontaneous. Pundits who have determined that Ted Cruz looked petty last night are, in fact, applauding the Trump campaign and the Republican National Committee for putting on a good show.

Cruz defended himself today by contending that he is not in the habit of endorsing people who insult his wife and attack the character of his father. More to the point, Cruz stressed, what does it say about the GOP that the idea Republicans should “vote their conscience” is enough to inspire paroxysms of spit-flecked rage on the part of those demanding “unity” at the end of a spear?

That’s a fair point, but it misses the fact that the Trump campaign and their RNC allies wanted precisely the reaction they got from Cruz’s speech. The campaign whipped up a negative reaction and inspired their personality cultists on the floor to chant “we want Trump” the moment they felt that their movement’s avatar was not being sufficiently praised. The RNC has deployed its surrogates and loyal officeholders to demean Ted Cruz’s character and even to attack him with deliberately foul language.

This is the dirty secret of 2016 that no one will admit: The contest inaugurated by the Republican Party’s presidential primary has not and will not end this year. The RNC is congenitally resistant to reform. The conservative movement will not fall in line behind Trump (and they now have a leader to unite around). The Trump campaign is dependent upon the energy it derives from the prevalent but paranoid belief that it is a movement fatally betrayed by an army of two-faced saboteurs and wreckers.

This is not a healthy political movement. A united party would not have been so perturbed by Cruz’s affirmations. The speech—a relatively understated one, at that—would have been remembered as a decent but unremarkable bit of oration had the Trump campaign not done all they could to elevate it into a historic moment. It’s not Cruz’s fault that Donald Trump has turned the Republican coalition into a Jenga tower. Those internal divisions are what fuel the Trump campaign. They are the sustenance upon which the candidate’s boosters in conservative media nourish themselves. Ted Cruz spent much of his career in the U.S. Senate sowing divisions and pitting Republicans against one another for personal gain, but it was Trump who perfected the art. The result of their reckless stewardship of the institution they seek to lead is a badly damaged party addicted to internecine conflict.

If your goal here is to find a villain in this story, you’re not short on contenders. There are no custodians left in the GOP. Those who aspired to lead it have turned a union of like-minded patriots into an unstable coalition of rivals. Donald Trump created a party fueled by uniquely reactive and fissionable material, and Ted Cruz demonstrated that it’s easy enough to make it implode. An explosion isn’t just possible anymore; it may be inevitable. 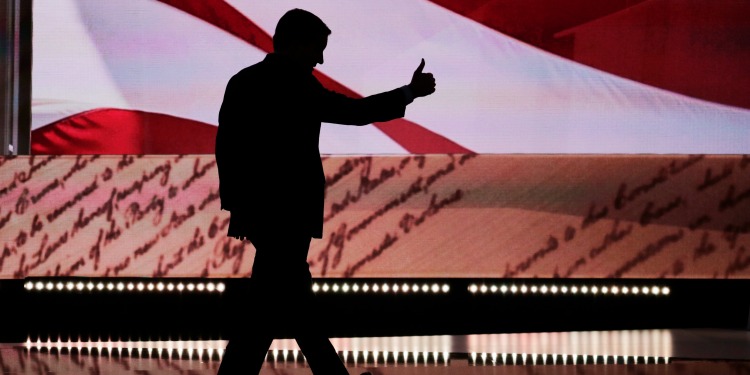