You might not know it from the tenor of the national discourse, but police are quite popular. Over the course of this century—and even at the height of the backlash against over-policing in America’s cities in 2014-2015—Gallup has found that a majority of Americans maintain a “great deal” or “quite a lot” of confidence in law enforcement. Outside of the military, no other public or private institution can boast that level of public faith.

And yet, a consensus has emerged in recent months around the need to reform police practices, particularly those governing the application of potentially lethal force. What’s more, Americans are also of the mind that the intolerable disparity in the way police approach interactions with minorities can no longer be ignored. These two conditions can exist simultaneously. Americans can respect, admire, and rely upon law enforcement and believe that the institution would benefit from reform.

But as the conversation around those necessary reforms to policing tactics has evolved, we have succumbed to what can only be described as a moral panic. For evidence of this, look no further than the national spasm concerning the very existence of depictions of police in entertainment and media.

“As the protests against racist police violence enter their third week, the charges are mounting against fictional cops, too,” the New York Times reported on Wednesday. “The effort to publicize police brutality also means banishing the good-cop archetype, which reigns on both television and in viral videos of the protests themselves.” In other words, to propagate the notion that uniformed police officers are capable of being upstanding public servants disseminates a falsehood and does a disservice to the cause of reform.

Remarkably, these sentences graced an article detailing the cultural backlash against the animated Nickelodeon show “Paw Patrol,” which centers on a troop of cartoon dogs who also serve as their community’s first responders. “It’s a joke,” the Times admitted, “but it’s also not.”

This reaction is not limited to over-caffeinated bloggers intuiting societal prejudices from the overwrought deconstruction of cartoons. The show “Cops,” which had run for 33 consecutive years and which, according to the Times matter-of-factly headline, “glorified police,” has been canceled. Some critical observers have had issues with this program for years, many of which are not unreasonable. The program effectively monetized what were, in many cases, the lowest moments of a person’s life. Other critics of the program claimed that the show failed to depict police violence in ways that reflected their realities. Indeed, an average episode was dominated by the mundane day-to-day that is life in law enforcement. But this show wasn’t canceled for any of these reasons. It was canceled in this moment because of this moment.

Likewise, A&E made the decision to cancel its most popular program, “Live P.D.,” and for the same reasons. “This is a critical time in our nation’s history and we have made the decision to cease production on Live PD,” read a statement from the network. “Going forward, we will determine if there is a clear pathway to tell the stories of both the community and the police officers whose role it is to serve them.” This program also depicted police in unedited circumstances, some of which were dramatic but most involved banal community policing and investigative work. Indeed, the program is credited with helping to solve missing-children cases and find at-large suspects. The idea that this program did more harm than good is theoretical. The good is tangible, the harm is conjectural. But to make the conjectural more concrete, this program’s mitigating virtues must be disregarded.

The panic is not limited to unscripted programs. Scripted television shows involving law enforcement are struggling to navigate a new normal in which any and every depiction of police work is suspect. Now, with so many “people questioning the wisdom of framing so many stories with law enforcement as heroic figures,” the entertainment website Collider reported, the comedy series “Brooklyn Nine-Nine” is struggling to reimagine how police should be portrayed—if they are portrayed at all. Warren Leight, the showrunner of “Law & Order: SVU,” recently agreed with the notion that his program portrayed police “too positively” and affirmed that, “collectively” such programs are “miscontributing to society.” This is surely only the beginning of a trend.

The Washington Post observed that the volume of highly rated procedural dramas on America’s major networks, most of which depict police as “good guys” and are written by primarily white writers, suggests America is being spoon-fed a diet of propaganda. “With such a volume of crime series on air, one wonders what messages they’re disseminating,” wrote the Post’s Sonia Rao. The L.A. Times singled out “Law & Order” executive producer Dick Wolf for producing a show that critics allege “contributes to all the things that are killing us.”

Others contend that the casual depiction of police in fictional settings using extraordinary interrogation techniques, violating civil liberties, and securing evidence without judicial imprimatur gives people the impression that these are common, even desirable, phenomena. According to an essay by Mother Jones writer P.E. Moskowitz, in fact, the true-crime genre itself was a ghastly mistake. It is “the most dangerous kind of propaganda,” she wrote. Episodic procedurals convey the notion that the “bad cops” are “the fascinating exceptions to the normal workings of the system,” and it teaches women that “evil is out there. It’s okay to call the police.”

These are worthy subjects of reflection. It is incumbent on the producers of cultural products to critically examine the effects their work could be having on society—particularly in a moment of national introspection like this one. The project of striving toward the establishment of a more perfect Union will never be complete, but just because that noble goal is unattainable does not give us license to abandon that pursuit. And yet, what these activists have given voice to—the notion that positive depictions of police are dangerous because it gives people the impression that police are a force for good—is destructive in its own right.

Paring back excessive and violent police practices is vital. Deeming every tactic employed by law-enforcement menacing and nefarious is a wild overreaction. Demonizing our public servants because they are public servants is obscene. This is not a difficult balance to strike. The fact that society is struggling to find the distinctions between these positions is not a display of seriousness. It’s a stampede. 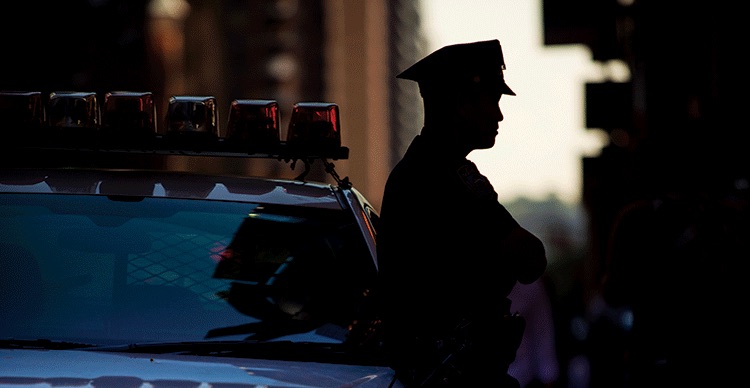