California—a state that by itself constitutes the world’s fifth-largest economy, is endowed with vast stores of human and natural resources, and has one of the planet’s most amenable climates for human habitation—is failing.

The Golden State is host to one of the country’s worst homelessness epidemics. It’s a state in which 19th century diseases such as typhus and tuberculosis are making a comeback. More people are moving out of the state than into it. Its rates of violent crime are on the rise. It has more failing schools than any other state in the Union. And now, true to basket-case form, California is home to massive, rolling power outages. But unlike in the developing world, these blackouts are not a result of resource deficiency but the voluntary imposition of darkness on the public.

Last year, California endured its deadliest and most destructive wildfire in the state’s history. That costly disaster has since been linked to a faulty transmission line operated by Pacific Gas & Electric. In the year that followed, PG&E has become the target of much of the public’s anger over the state’s increasingly destructive fires. That utility, which serves 16 million Californians, declared bankruptcy and lost control of the internal restructuring process. The electricity provider faces increasing pressure from the state’s progressive officeholders, who back a hostile process to transform the energy provider into a public utility. Perhaps most devastating, the state’s supreme court has ruled that utilities must eat the costs associated with electricity-caused wildfires regardless of whether they were accidental or the result of negligence. Amid this backdrop, PG&E has resolved to preventatively cut its services for Californians in the path of the hot and dry Santa Ana winds that fuel the state’s brushfires.

The impact on Golden State citizens who must now make do without this vital aspect of modern life has been dramatic. Perishable foods have been lost, costing individual households and restaurants tens of thousands of dollars. Hundreds of schools have been closed with little or no warning. The estimated 30,000 Californians who are sick or infirm and do not have access to gasoline-powered backup generators were left without functioning medical equipment. At least one death is attributable to what PG&E euphemistically deems Public Safety Power Shutoffs (PSPS).

It’s not entirely clear that this approach is accomplishing anything. PG&E and other power providers in the state lack the resources to build extensive networks of sensors and cameras that could pinpoint fire-prone areas or insulate all its transmission lines. Forecasting wind speed, direction, and duration is a complicated science, and some forecasts don’t materialize, causing consternation for PG&E’s cut off customers. And while a warming climate likely contributes to longer dry seasons and atmospheric volatility, which yields stronger winds, climate change is not the all-purpose excuse activists would like it to be. Even California Gov. Gavin Newsom—no shrinking violet when it comes to climate activism—has chided catastrophists on his side of the aisle for their myopia. “This is not, from my perspective, a climate-change story as much as a story about greed and mismanagement over the course of decades,” the governor said.

While utility providers make a convenient scapegoat, public policy is more to blame for California’s conundrum. Most wildfires are not caused by faulty electrical equipment but natural factors and human error. The state’s utilities are required by law to extend their networks to housing developed in high-risk areas, and, in a state with an acute housing shortage, more and more residences are built inside danger zones. What’s more, the patchwork of federal, state, local, tribal, and private interests that are responsible for forestry management have run up against the state’s onerous regulatory environment. A 2018 study conducted by the California Legislative Analyst’s Office found that “overcrowded forests” have contributed to the increased death of vegetation from stress and disease, resulting in a glut of combustible fuels on the forest floors. The report blames current forest management practices for imposing “limitations on timber harvesting” and “environmental permitting requirements” that “constrain the amount of trees and other growth removed from the forest.”

The response to this complicated problem has been to impose “de-energization” on the state’s residents while making whatever power they can still access more expensive.

On the other side of the country, New Yorkers are also struggling to fulfill their power needs, but their deprivation has nothing to do with wildfires. New York’s National Grid has warned for months that new natural-gas customer applications for consumers in New York City and Long Island would be delayed if the state did not permit the construction of new pipelines from neighboring Pennsylvania. The Keystone State is rapidly harvesting gas locked inside the Marcellus Shale formation, much of which is located across the border in New York. But due to Albany’s fracking ban and its reluctance to finance new pipelines, New York cannot access the gas it’s providentially situated above, and it is increasingly unable to deliver that cleaner-burning fuel to its residents.

New York Gov. Andrew Cuomo has demagogued the issue, blaming power companies for failing New York residents. “National Grid has a gun to the head of the people of the State of New York,” Cuomo said last week. He has responded to the crisis by compelling utility providers to restore service to the thousands of downstate customers who had been denied access to gas, but a gubernatorial mandate does not address the underlying need for a sustainable source of natural gas. Ironically, the state’s environmental regulations will have the effect of forcing New Yorkers to transition back to dirtier fossil fuels such as oil.

The story is much the same in Massachusetts, where Holyoke Gas & Electric announced early this year that it was suspending new natural-gas connections as a response to “insufficient pipeline capacity in our region to deliver additional load.” They were joined by Middleborough Gas and Electric Department, which also capped its delivery capacity due to “pipeline constraints.” In a country that will become a net energy exporter next year due to its newfound capacity to exploit new sources of natural gas, it’s unconscionable for the Northeast’s richest and most populous states to struggle with gas shortages.

In some of the nation’s most reliably Democratic states, basic modern necessities, such as access to power and heat, are becoming harder to come by. These are not the inevitable results of natural phenomena but failures of governance. For this, residents of these states have no one to blame but themselves. They voted themselves into this predicament. Fortunately, they can also vote themselves out of it. 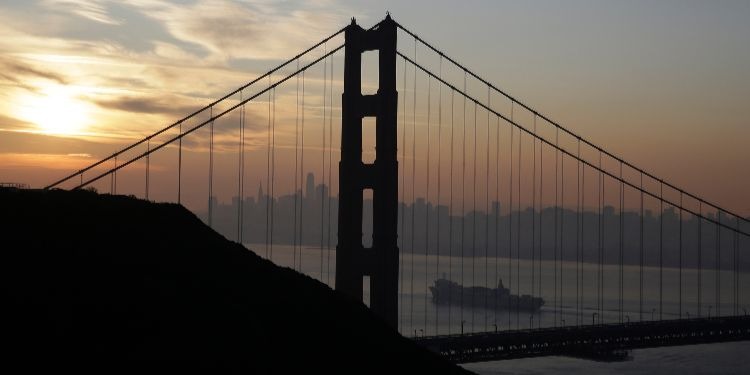