Peruse the media landscape today, and you’re likely to come away thinking that Americans are more or less content with their current circumstances. The press is replete with a new phenomenon: trend pieces that don’t identify trends but rather forecast them, and the future is quite bleak. Thus, these clairvoyant trend pieces speculate, Americans are probably just going to default to living like they are in lockdown forever.

The pandemic has changed the way we as a country eat, the Washington Post averred. That’s only partly attributable to the fact that so many restaurants are closed, and the supply chain now teeters on the brink. But is there any bright side? Has this plague perhaps shaken us from our “mass-produced, processed, factory-farm-driven diets?” Nope.

Americans, the Post determined, are cooking at home more, but what they’re cooking is still garbage. Pre-packaged, ready-to-eat meals are fast becoming the norm. So, this dispatch assumes, that’s just going to become part of our new normal. “When it is all said and done, the real change brought about by the coronavirus won’t be a back-to-the-kitchen movement,” the report affirms. “It will be a rush toward hyper-convenience at mealtime that could make us more reliant than ever on food prepared by other people.”

Know what else is never coming back? Buffets. Supermarket salad displays and hot food bars may be a thing of the past, suggests this item from Boston-area NPR affiliate WGBH. Even though this particular coronavirus is not food-borne, the countertops around which customers huddle may be a source of viral transmission. According to one professor of marketing and hospitality management, it will take a “Herculean effort”–akin to post-9/11 initiatives to convince travelers it was safe to fly again–to convince customers “it is safe to dine again at supermarket hot bars.” The status quo ante will be unacceptable “in the post-coronavirus economy.”

Our eating habits aren’t the only things that will have to change. According to Dr. Anthony Fauci, “we may never shake hands again.” Seriously? Yes, he insisted that he was at least “somewhat serious” that this universal greeting, which has survived for millennia across multiple pandemics, has been done in by this one.

NBC News speculated that the shift millions of Americans have made to working, learning, and interacting with friends and family online will be difficult to roll back. “The major question will be whether ‘normal life’ ever returns,” this report concluded. And what about those of you who enjoyed socializing in the Before Time? Presumably, you won’t want to do that anymore.

Once you engage in this line of thinking, there’s no failsafe that stops the speculation from accelerating. “The way that we touch each other, the way that we hang out in parks, the way that we eventually will get to organized sports—which will probably be the last thing that we get to do—all of these things will change because of this virus,” said Dayton Ohio Mayor Nan Whaley.

At CNN, the transformation of our lives will be total, “says public health journalist.” It is “almost impossible” to forecast what our lives will look like in this pandemic’s wake, but “there will not be a single aspect of our lives that’s been unchanged.” I don’t know about you, but I can all but guarantee that, whatever comes next, I will continue to wear clothes, consume calories at least daily, and reside in a free-standing structure.

So, are these prognosticators right? I don’t know, but neither do they. One thing this unforeseen disaster should have taught us is a sense of humility, but that’s become yet another scarce commodity. The relentlessness of these and many more reports informing you that life as you knew it ended in March does strike a note of pornographic catastrophism, though. And the omnipresence of reports like these suggests there’s a substantial audience for sullen fortune-telling.

But these and other dispatches that assume a new and wholly dismal epoch is upon us dismiss mankind’s capacity to forget pain. When it comes to trauma, we have short memories. And that’s a valuable evolutionary trait. Otherwise, we’d have been paralyzed with fear long before these experts and reporters tried to scare us.

Until about four months ago, the 1918 Spanish Flu outbreak was casually referred to by historians as the “forgotten pandemic.” It was forgotten deliberately. “[S]o many people who lived through the Spanish flu didn’t want to talk about it or remember it,” recalled historian Kenneth Davis. Incredibly deadly outbreaks of contagion in 1957-1958 and 1968, too, were lost to public memory, in part, because no one wanted to remember.

There will surely be aspects of our lives that do change permanently in the wake of this pandemic, but I would not bet that the things we lose forever are the things we like to do. We possess a fantastic capacity for rationalization, and there will be enough people who can rationalize their way back to the buffet after this pandemic. What seems likely to be first on the chopping block will be the mundane and onerous burdens of daily life we never enjoyed in the first place. But that would be an opportunistic response, not a prudent one. There may be small pleasures that will have to be sacrificed, too, but forecasting those eventualities today is an act of hubris.

And yet, the veracity of these gloomy predictions isn’t what’s fascinating about them. What’s most interesting is that, even amid this profound economic downturn, the marketplace for depressing phenomena is apparently booming. So, if you’re looking to be miserable, you’re in luck. There’s no shortage of media outlets and public officials willing to serve you. 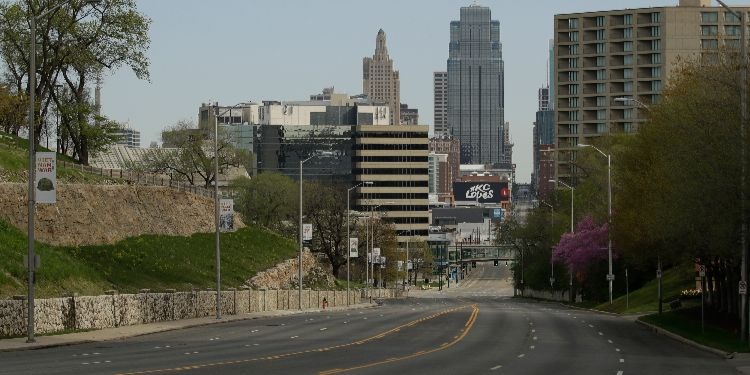