A little over a year ago, the Atlantic’s Adam Serwer penned an influential column capturing the Donald Trump-era’s zeitgeist. The item, entitled “The Cruelty Is the Point,” identified some of the most onerous policy prescriptions pursued by this White House, many of which have failed to achieve their stated objectives. Advocates for those unsound policies have found renewed justification for them not in who they benefit but who they hurt. Serwer presumes that helping people is at best a knock-on effect of many of this president’s policies. Making the right people suffer is the prime directive.

Like all theories of everything, Serwer’s is overly broad and uncharitable. But it’s not entirely unfounded. When Trump supporters complain, for example, that the president’s multifront and thus far fruitless trade war is misguided only because “he’s not hurting the people he needs to be hurting,” it goes some way toward proving Serwer’s thesis.

But the sordid impulse to find consolation in others’ pain even if it doesn’t achieve any worthwhile policy goal is a bipartisan one, as the New York Times helpfully demonstrated on Thursday.

The paper of record’s latest dispatch profiled a new group of progressive economic minds for whom economic principles are entirely irrelevant. “Generations of economists, across much of the ideological spectrum, have long held that higher taxes reduce investment, slowing economic growth,” the Times began. “Ms. Warren and other leading Democrats say the opposite.” Who are you going to trust?

This premise, it turns out, is a smokescreen. It doesn’t take long before it becomes clear that progressives have not come to overturn the accumulated wisdom of many lifetimes of study and application. The financial ramifications associated with expropriating private property are a secondary concern. The confiscation of wealth alone is the whole point of the progressive enterprise.

Though Sen. Warren makes a valiant effort to stay focused on the public-welfare, education, and debt relief programs that might be financed by the trillions of dollars she hopes to withdraw from the private economy, the economists with whom Times reporters spoke seem more energized by the prospect of reducing the wealth gap through coercion and force.

“Some liberal economists go further and say that simply taxing the rich would help growth no matter what the government did with the money,” the Times observed. Roosevelt Institute economist Mark Paul fits that bill. “We can think of a wealth tax as welfare-enhancing, in and of itself, simply by constraining the power of the very wealthy,” he insisted. This presupposes that, in the war of all against all that is economic life, punishing the wealthy for their successes would benefit those less well-off if only because the wealthy would have slightly fewer resources to influence public policy. The assumption that wealth accumulation is a zero-sum game goes unchallenged, and for good reason. Where does one begin to challenge an article of faith?

There are a few economists in the Times article who are slightly more candid about the logical leap Warren makes from confiscation to prosperity. Warren advisor and U.C. Berkley economist Gabriel Zucman concedes that a constitutionally dubious wealth tax might have a “small positive effect” on economic growth, “depending on how the revenues are used.” Moody’s Mark Zandi confesses that Warren’s plans are “largely a wash on long-term economic growth.”

The progressive activists advocating confiscation as an end in itself should not be confused with demand-siders, who believe that simulative government and consumer spending are better drivers of economic growth (though there is surely significant overlap). The Keynesian economic model is neither new nor are its effects unknowable. By contrast, those who back confiscation for its own sake appear to acknowledge theirs is an untested philosophy.

“Some of the inequality-focused economists say they are hoping to build new economic models to predict the effects of their policies, though they acknowledge few of those models exist yet,” the Times notes. Sure, a predictive model or two might be nice, but it’s not necessary. Warren is too politically savvy to admit it outright, but her allies are clear: Universally beneficial economic growth is neither a priority nor is it particularly desirable. The objective is to mete out a comeuppance to the Americans who they believe deserve it. In that sense, the cruelty is the point. 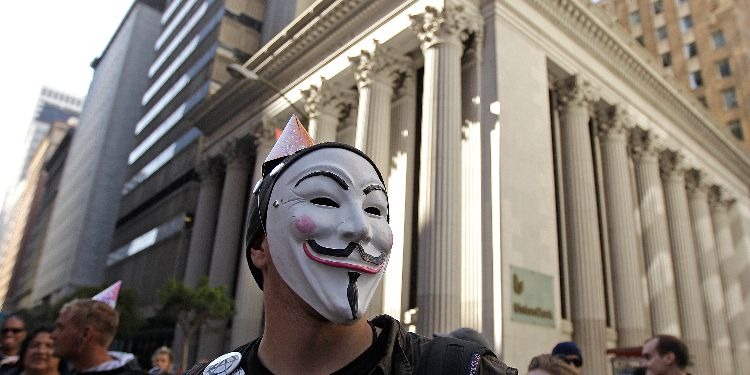