How could this have happened? Even before the apex of the crisis has hit, this is the question that now vexes Washington.

Rep. Adam Schiff, the Washington Post’s David Ignatius revealed, is ready to get to the bottom of a disaster that seems to have no bottom. His House Intelligence Committee is preparing to launch an inquiry into the events that led to one of the more multidimensional calamities to ever afflict the country. That will be a vital retrospective, but the answer to the big question—how did everyone drop the ball this badly?—is self-evident if only because the fumbles are ongoing.

Within only the 24 hours preceding this writing, Florida and Texas abandoned their resistance to state-wide “stay-at-home” orders. Previously, the governors of these states had deferred to municipal officials, some of whom are more aggressive than others. In the effort to avoid the inevitable, they had adopted stopgap measures like stigmatizing the presence of New York City metro area residents, but that did little to arrest the already documented community spread of the Coronavirus in these states.

Their reluctance, however, is understandable if not entirely warranted. No one wants to shut down economic and social life as we know it. Moreover, the rewards for such drastic actions are likely to be minimal. If you’re effective, voters will believe you overreacted and punish you at the polls for robbing them of six weeks of their life. If you’re reckless, thousands or more will die, and a commensurate political rebuke will follow. This is a recipe for political paralysis. And that dynamic defined the earliest weeks of this outbreak in the United States.

In late January, public officials were operating under flawed assumptions fueled by falsified data. On January 14, just one week before the first case of COVID-19 was confirmed in the United States, the World Health Organization was still parroting Chinese authorities who, we were told, had found “no clear evidence of human-to-human transmission” of the virus. Early indications that it could be communicated by asymptomatic carriers were called into question by European health officials and disregarded.

Chinese data further indicated that this relatively hard to catch illness yielded only mild symptoms in most of those infected, and it was deadly only for the aged or those with preexisting conditions. Before February 13, China’s Hubei province, where the outbreak began, was only reporting cases confirmed to have tested positive for the virus (criteria that excluded the untested but symptomatic and false negatives), adding to the impression that only the careless would contract this virus. Moreover, Chinese authorities took few precautions outside this epicenter, allowing mass gatherings and Lunar New Year celebrations to continue.

On January 31, when the Trump administration imposed a ban on Chinese nationals from entering the country, the effort was met with scorn. Such measures were deemed by media outlets (not unreasonably, at the time) a false panacea “in the case of a fast-moving respiratory virus” that has already spread so rapidly in China, Iran, and Italy. WHO ‘s director-general, Tedros Adhanom Ghebreyesus, worried that such measures would impose a “stigma” on Chinese travelers, adding that there was “no reason for panic and fear.” Reporters and commentators around the world heaped derision on governments that contributed to this stigmatization through travel restrictions. They could not stop the spread of the disease and only advanced China’s geopolitical objectives. Even as the Trump administration took these preventative measures, the president did his best to downplay the threat COVID-19 posed to the economy and public health, and he praised Chinese President Xi Jinping in the effort to preserve vital information-sharing networks and cooperative ties.

Against this political landscape, the nation was expected to shut down most commerce and residents were supposed to remain in their homes for the indefinite future? The idea is nothing less than fanciful.

Amid this agnosticism, public officials did little to prepare the public for the scale of the disaster heading our way. Municipal officials declined to cancel mass gatherings and even urged residents to go out and “enjoy life” because “there’s no risk at this point in time” of viral transmission through “casual contact.” Much of this was heedless, but not all of it. An industry survey of physicians released on February 13 found that fewer than 10 percent of respondents were confident that they could identify a patient who has contracted COVID-19, and the vast majority confessed that their clinic or hospital was not prepared for a potential pandemic. And yet, none of them had yet seen a case of this disease, and just 9 percent of medical professionals said they were very concerned by it. “I try to emphasize to my patients that they should be more worried about the influenza virus,” said one emergency-room doctor. Indeed, this message—that seasonal flu is the real threat—was echoed at the time by elected officials (including Andrew Cuomo), public health experts, and the president alike.

Today, even in the face of overwhelming evidence that this nightmare is real and debilitating, much of the Global South and the equatorial world has not adopted the kinds of draconian proscriptions to which the industrialized world has appealed. Even if this is a recipe for inevitable disaster, imposing incredible hardships on the public in anticipation of a dramatic event is a tough plan for any democratic leader to follow.

Writing for the South China Morning Post, Johannesburg-based businessman Charles Stith crystalized the grim calculus facing the leaders of relatively unaffected states: “more people are going to be affected adversely by the shutdown versus those who have died from the virus or are reasonably expected to contract it.” This may seem callous from the vantage point of a wealthy Western nation that can incur substantial debts and in which social isolation is eased by ubiquitous advanced communications technologies. But, for millions in the developing world, the human costs of “lockdown” policies are steep—perhaps even more onerous than the prospect of a plague.

Not every American public official failed to see this coming. Senators such as Chris Murphy and Josh Hawley and governors such as Mike DeWine raised the alarm early and, in DeWine’s case, defied even legal rulings to shut down much of his state as early as possible. This was prescience, not clairvoyance. But the signals to which these politicians responded could be heard only faintly over the din of skepticism. That skepticism was not ignorant. It was informed by both an understanding of the history of past respiratory-illness outbreaks and the available data. It’s only the clarity of hindsight that has led us all to wonder how we erred so grievously. And yet, to so many educated and circumspect experts, it all made sense at the time. 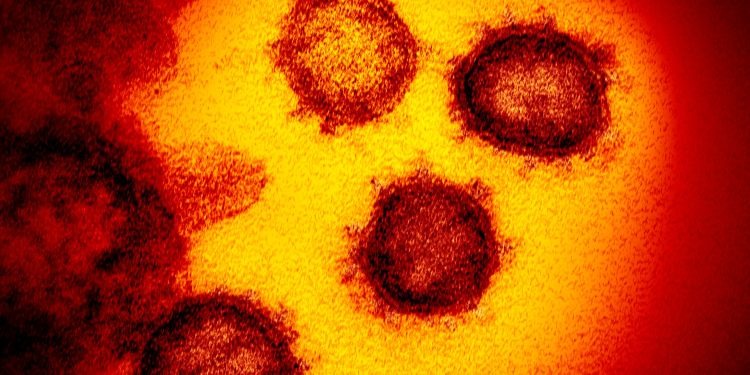