The “Law of Instrument” describes a subconscious bias in which an individual’s preferred tool eventually becomes the only tool, even when the function it is meant to perform could be more effectively done using other specialized implements. “When all you have is a hammer,” the idiomatic expression of this mindset goes, “everything looks like a nail.” For Medicare-for-all supporters, single-payer health care is that hammer, and Coronavirus is just another nail.

Sen. Bernie Sanders, perhaps the most dogmatic of single-payer advocates, was among the first to argue that the outbreak of COVID-19 is just more evidence in favor of a nationalized health-care system. “It has never been more important to finally guarantee health care as a human right by passing Medicare for all,” he declared in a February 27 statement.

Sanders was hardly alone. “We’re only as safe as the least insured person among us,” said Sanders surrogate and Congressman Ro Khanna. “Everyone has to be covered.” Rep. Marc Pocan agreed: “If folks can’t afford to get tested or treated, how do we manage the spread of disease?” The Washington Post’s Helaine Olen affirmed that the Coronavirus outbreak had added a practical dimension to the already overwhelming ethical arguments in favor of single-payer. “[T]his situation is not simply immoral,” she wrote of the American health-care status quo, “it also leaves the United States at a major disadvantage when it comes to combating global pandemics.” Even the Trump administration appeared to endorse progressive apprehensions when it reportedly considered treating Coronavirus like a natural disaster, freeing up emergency funds to reimburse hospitals and care providers at 110 percent Medicare rates for the treatment of uninsured COVID-19 patients.

There is a lot more the federal government can and should do to address this public health crisis beyond instructing Americans on how to properly wash their hands. Treating the outbreak as though it was a national emergency akin to a natural disaster or a security crisis and reimbursing the costs incurred by the underinsured is both justified and feasible. The federal government is very good at cutting checks. What the federal government is not particularly adept at are the complex, preventative operations required amid a fast-moving and uncontained crisis. That’s a fact that Medicare-for-all advocates have not confronted: They are vexed by the federal government’s lethargic response to the crisis while, at the same time, prescribing vastly more federal intervention into the health-care sector as a remedy.

There’s no shortage of irony in the fact that the source of progressive consternation here is the public sector. The Trump administration failed to respond proactively to the outbreak when it was largely confined to China, preparing vulnerable populations, strengthening communications networks between hospitals and diagnostics centers and state and federal governments, stockpiling and distributing medical equipment. As the administration’s COVID-19 point-man, Dr. Anthony Fauci, confessed, the Centers for Disease Control’s early screening process was marred by “missteps” and got off to a “slow start.” Disease testing kits were in short supply, and the CDC’s early tracking methodology was terribly flawed. Hotlines were overwhelmed by scared residents. State-level public health departments, even in the most liberally governed American states, were constrained by a lack of reliable data on the disease and its transmission vectors.

But where is the federal government turning to remedy this condition? The private health-care sector. This weekend, the Food and Drug Administration drafted academic hospital labs into the work of testing potential Coronavirus cases—a mission for which the CDC was ill-equipped. The president is also drafting the pharmaceutical industry, the gold standard in global drug development, into a crash program developing vaccines and therapeutics that can arrest the spread of the disease. At-home health-care and hospice workers are mobilizing to take the strain off overextended hospitals.

Public-health experts fear that the approximately 27 million Americans without health care coverage will be discouraged from seeking testing and preventative care, even despite mandates that compel insurers, emergency rooms, and urgent care facilities to waive applicable costs. That’s a valid concern that exposes a weakness of the American health-care system. The problem for advocates of a nationalized alternative is that they are short on models that buttress their argument.

In Britain, where the National Health Service is regularly held up by Medicare-for-all advocates as an example the U.S. should follow, Coronavirus is demonstrating that a socialized health-care regime is just as vulnerable to emergency conditions. COVID-19 patients in the United Kingdom in need of ventilators don’t have access to them, and, as one physician told the New York Times, “it’s going to end in death.” Intensive-care beds are in short supply. Doctors are overextended and are contemplating the prospect of triaging care, denying the “frailest patients to prioritize those with better chances of surviving.” And the U.K. is only dealing with 115 confirmed cases of the disease. Nationalization advocates blame British “austerity” for NHS’s woes, but that doesn’t pass the smell test. “Even in the 2000s,” said Nuffield Trust public affairs director Mark Dayan, “when a lot of money was going into the NHS–with really big increase in funding every year–the number of beds was still falling then as well.”

Italy, too, boasts a robust national health-care system, and it has been utterly overwhelmed by the virus. With more than 3,000 cases, the Italian peninsula is host to the most widespread Coronavirus outbreak outside Asia. The government has shuttered schools and universities, soccer stadiums, and churches. Public hospitals are running out of intensive-care beds, and private institutions are picking up the slack. Even before the crisis, health-care facilities faced a critical shortage of doctors and nurses. Today, medical professionals are being graduated prematurely, while others are called out of retirement. Nonessential surgeries have been delayed. Ambulatory services are limited. Medical supplies are stretched to their limits.

Some, like the WHO’s Bruce Aylward, have even praised China’s response to the virus. In the People’s Republic, the disease appears to have been contained, albeit belatedly. Testing and treatment are “free,” and the state covers all costs incurred by those whose mandatory insurance plans are more circumspect. Of course, the same system that allowed China to quarantine nearly 500 million people, finding and isolating suspect disease carriers, also led to the outbreak in the first place. In its initial stages, Chinese authorities were more concerned about how the news of an outbreak could humiliate Communist Party leadership, and transmission vectors were left unguarded. When the disease reached pandemic proportions in China, residents encountered overburdened hospitals, doctor shortages, prohibitively priced pharmaceuticals, and the total breakdown of the lines of communication between government officials and medical professionals. Chinese primary-care networks are centered in major urban areas, where doctors can make more money at state-run hospitals. Physicians are in short supply, in part, because they are so poorly compensated. More critically, the Chinese people don’t trust their doctors—just like they don’t trust their government. 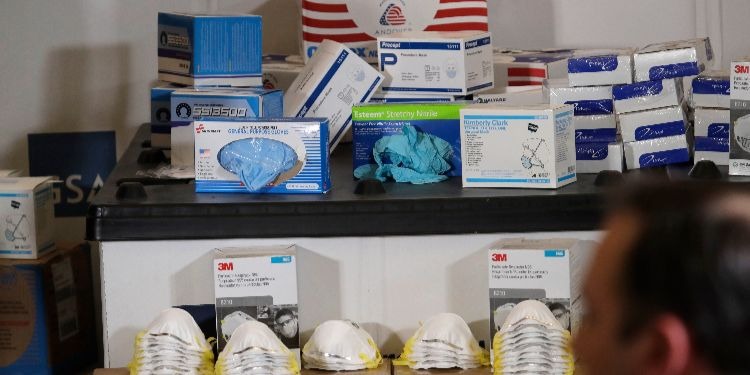