The 2020 Democratic presidential primary field is filling up with formidable candidates, but the campaign has been anything but joyful. For a number of candidates, the price of admission into the race is a chastened apology for once adhering to ideas that are anathema to Democratic voters.

Some of these mea culpas aren’t just politically prudent but morally righteous. Bernie Sanders, for example, was compelled to apologize when several of his 2016 presidential campaign advisors were implicated in the harassment and mistreatment of their female colleagues. But Sanders’s experience is the exception. Most of the Democratic Party’s remorseful aspirants supplicate before their voters for the offense of subscribing to points of view that were mainstream only a few years ago.

Senator Kirsten Gillibrand’s reputation as an opportunist caught up to her almost at the moment she joined the race. Her campaign began with an appearance on MSNBC, where the senator was interrogated over her record as the centrist representative of a culturally conservative congressional district. Host Rachel Maddow noted that Gillibrand was once a border hawk—an opponent of “amnesty” and a supporter of making English the nation’s official language. She used the phrase “illegal aliens” without a hint of self-consciousness and held an “A” rating from the NRA. Gillibrand was even a “card-carrying member of the Blue Dog Democrats,” as if that was an epithet. The senator apologized her formerly “callous” views and, in a subsequent appearance on CNN, confessed that her positions “certainly weren’t empathetic and they were not kind.” She just “did not think about suffering in other people’s lives.”

But Gillibrand’s views were not such an abomination at the time. A decade ago, Senate Majority Leader Chuck Schumer made a point of using the phrase “illegal immigrants” because “illegal immigration is wrong,” and using sanitized euphemisms to describe law breaking conveys “a message to the American people that their government is not serious about combating illegal immigration.” This wasn’t an unenlightened position among Democrats back when they regularly voted to augment border security and when a substantial portion of the Democratic caucus in Congress consisted of now-suspect Blue dogs.

The launch of Rep. Tulsi Gabbard’s quixotic campaign, too, was marred by an apology tour, although not for her conspicuous support for Russian geopolitical objectives or the propaganda victory she handed to blood-soaked Syrian despot Bashar al-Assad. Gabbard’s apology was over her erstwhile support for defining marriage as existing only between a man and a woman. Her affiliation with an organization that once supported the controversial notion of “gay conversion therapy” surely merited contrition, if only because that procedure was viewed with suspicion even when support for the traditional definition of marriage was a conventional Democratic view.

Barack Obama steadfastly opposed legislative support for same-sex marriage. John Kerry and Dianne Feinstein did, too. “Virtually every one of our colleagues on both sides of the aisle support traditional marriage between a man and a woman,” said Sen. Dick Durbin on the Senate floor. “I believe that marriage is not just a bond but a sacred bond between a man and a woman,” Hillary Clinton agreed. When Democrats united in opposition to a 2004 anti-gay marriage amendment to the Constitution, Democrats like Harry Reid insisted that the 1996 Defense of Marriage Act–a law that is now in terrible odor among Democrat–was sufficient legal protection for the traditional definition of marriage.

Former Vice President Joe Biden is wading tepidly into the apology morass as he contemplates another run for the White House. In remarks at a Martin Luther King Jr. Day breakfast in Washington, Biden was ruefully introspective over what many believe was his support of the 1994 crime bill. “I haven’t always been right,” he said. “I know we haven’t always done things the right way. But I’ve always tried.” There’s no better illustration of the alacrity with which the Democratic consensus has changed on policy. Biden proudly defended the bill as recently as 2016 and, in a book he released just last year, the former vice president scoffed at how the Clintons turned away from this landmark piece of legislation. It’s only a matter of time before Sen. Kamala Harris is made to answer for her record as California’s Attorney General, when she often ignored the pleas of reformers who sought greater protections for transgender inmates and leniency for nonviolent offenders.

All of this confirms that the political center of gravity in the Democratic Party has moved appreciably to the left over the decade. It is also indicative of how unforgiving the party’s base voters can be about mitigating historical context. The Democratic Party was broadly supportive of stricter border policies, in part, because illegal immigration into the United States spiked in the decade that preceded the pronounced recession that began in 2007. When that changed, so, too, did the Democrats.

Support for marriage between same-sex couples was a minority proposition at the turn of the century for almost all demographics, including self-described Democrats. Public attitudes have undergone a radical shift as more Americans identify as gay, and members of the LGBTQ community publicly come out as such.

Today, reported rates of violent crime in the United States are less than half what they were in the early 1990s, and those rates of violence have defied the expectation of sociologists who anticipated a return to the bad old days as more Americans experienced financial hardships during the “Great Recession.” As lower crime rates come to be seen as the new status quo, Americans have had the luxury of reconsidering the necessity of its large prison population. That reconsideration has fostered a welcome bipartisan consensus about excessive sentencing and racial disparities in the criminal justice system.

Democratic partisans aren’t merely enforcing ideological conformity on the 2020 crop of presidential aspirants. They’re rejecting the evolutionary process that led to changing attitudes not just in society as a whole but within their own coalition. It is a rejection not just of context but of history. Making a normative judgment about the past with the benefit of hindsight is both reasonable and rational. If, however, that judgment is rendered without any consideration for historical circumstances, it looks less like enlightenment and more like revisionism. Those who gleefully engage in the whitewashing of history would do well to fear their children’s verdicts on themselves. 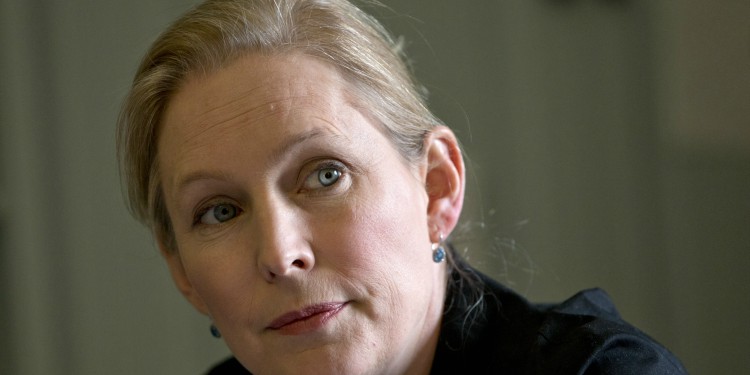