The first night of the Republican National Convention was very effective. The most resonant aspects of the evening were themes and speakers that would be at home in any Republican nominating convention, pre- or post-Trump. It is unfortunate for the GOP that the elements that made this event so compelling cannot last throughout the week.

Though night one of the RNC had its share of triumphs, the flops were instructive. Turning Point USA founder Charlie Kirk, a gadfly on the speaking circuit who owes his success to new media, devoted his time to denouncing the censorship of conservatives on new media. The vaudevillian Rep. Matt Gaetz warned of the dystopian future in which Democrats “lock you in your home and invite MS-13 to live next door.” Donald Trump Jr. lapsed into the language of a self-help guru and read the stage instructions, insisting that it is “almost like this election is shaping up to be church, work, and school versus rioting, looting and vandalism.” Almost. And, of course, there was former Fox News Channel host Kimberly Guilfoyle, whose bellowing peroration revealed to me how my kids must feel when they don’t know why their parents are yelling at them.

These four are creations of the Trump era. They are conscious reflections of his unique persona who seek to emulate his combative style. It didn’t work. And yet, the night was a success in part because the party fixed its spotlight on themes developed by speakers who established continuity between the GOP of yesterday and the Republican Party of today.

Surprisingly, Mark and Patricia McCloskey, the St. Louis couple who were charged with brandishing firearms outside their home when menacing demonstrators besieged it, effectively conveyed to voters—not just wealthy lawyers and gun owners like themselves—that public authorities with a political agenda can make an example of you. That’s a particularly relevant message when the capricious diktats of state and municipal officials determine the scope of your social and economic life. Similarly, campaign advisor and cancer survivor Natalie Harp, the beneficiary of deregulatory initiatives that allowed her to have access to lifesaving but unapproved therapies, lent poignant texture to the GOP’s small-government ethos.

Officeholders and candidates like Vernon Jones and Kim Klacik, NFL star Herschel Walker, and sisters Madeline and Catalina Lauf communicated a staple Republican message that ideas transcend identity, all while imparting that the GOP isn’t as monochromatic as Democrats would have you believe. And an emotional and affecting address from Cuban émigré Maximo Alvarez conveyed in tones more sorrowful than irate that the threat posed by socialism is real, and that this is nation truly is the last, best hope of Earth.

Racial rapprochement. Anti-communism. Unconditional patriotism. None of these is Trumpian. They are staples of the conservative diet. And it speaks volumes that the GOP left it to establishmentarian figures like Tim Scott and Nikki Haley to close out the hour broadcast to millions of Americans on network television.

Haley highlighted her own work at the United Nations, invoking the legacy of Ronald Reagan’s UN Ambassador Jeane Kirkpatrick in the process, illustrating an inherent conservative mistrust of unresponsive and corruptible supranational institutions. Most effectively, she addressed the ongoing national reckoning with racial antagonism through the prism of her own experience—both in private life and as governor of South Carolina following the massacre of black churchgoers by a racist gunman. Haley made the salient point that racism is real—she has encountered it personally—but that systemic, institutional discrimination is not a part of most Americans’ experiences. Those who are unable to see the distinction between these two conditions probably needed to hear this message most of all.

Sen. Tim Scott closed the evening with a prosecutorial case against Joe Biden and the party he leads. Scott highlighted Biden’s assessment that African-Americans “ain’t black” if they didn’t vote Democratic and reminded voters of the Democratic Party’s efforts to block legislation he sponsored that would have reformed certain police practices “because they wanted the issue more than they wanted a solution.” He touted the efficacy of supply-side economic prescriptions, touted his own record championing conservative policies for urban America, and showed how his own personal story is illustrative of “the evolution of the Southern heart.”

These speeches weren’t divisive unless you’re already thoroughly alienated. They reminded voters that the great American experiment is worth preserving. And while Democrats like Sen. Ed Markey are pandering to anxious voters by insisting that “it’s time to start asking what your country can do for you,” Republicans insisted without a hint of self-consciousness that we are all blessed to be Americans and we should act accordingly.

If only it could last. The Republican old guard lost the reins of the party four years ago for a reason—many, in fact, but one was that tonally moderate appeals to shared principles aren’t nearly as satisfying as provocation and persecution. This is Donald Trump’s convention, and his personality will consume it. But night one was revealing. Party officials know what needs to be done in order to win in November. Whether Donald Trump will let them remains to be seen. 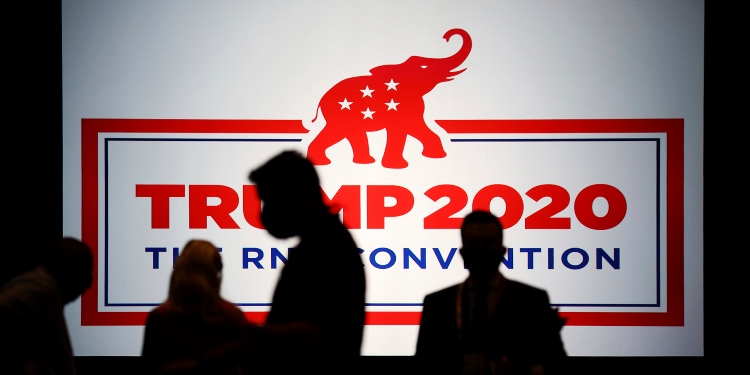