Congressional Republicans have the IRS all wrong, according to the Washington Post editorial board. The new GOP-led House majority, which recently voted to strip the agency of the tens of billions allocated to it over the next decade via last year’s so-called “Inflation Reduction Act,” is operating on the flawed assumption that these funds will be used to harass average Americans. Oddly enough, the Post doesn’t dispel Republicans’ claims. In a roundabout way, it confirms them.

The paper’s editorial sufficiently supports its contention that the political class has asked this agency to do more with less. From periodic pandemic-era stimulus checks to the basic work of processing income-tax returns, the agency is plagued by staffing shortages and is underserved by dated software and hardware. The Post squarely lands one criticism of the GOP insofar as the funds allocated to this agency are not wholly devoted to staffing issues. A little less than half of the $80 billion the last Congress appropriated for it should (according to estimates) be used to modernize its information technology and perform the basic work of providing taxpayer services and processing returns.

But the editorial doesn’t end there. “Yes, some of the money is for hiring more auditors,” the paper concedes. But the “IRS isn’t planning to use extra auditors to scrutinize more American families earning under $400,000 a year, as Mr. [former IRS Commissioner Charles] Rettig, Treasury Secretary Janet L. Yellen and many others have tried to explain to House Republicans.” Exhausted as the Post’s editorialists may be by Republican skepticism, we can forgive the GOP for failing to take their words for it.

When the climate-change-related spending spree masquerading as an effort to restore price stability passed a Democrat-controlled Congress last August, the Senate had the opportunity to vote on an amendment that would have prohibited the IRS from increasing the number of audits of Americans making less than $400,000. The amendment failed on a party-line vote, and for good reason. An effort to generate more revenue from the increased enforcement of the tax code all but requires the IRS to target the fattiest part of the bell curve when it comes to American incomes.

The Congressional Budget Office estimates that tens of billions in revenue will be generated by reviewing the income-tax filings of middle-income Americans. It wouldn’t make much sense for the agency to hire what estimates suggest will be nearly 50,000 new agents assigned to enforcement duties (as opposed to administrative or IT work, to which almost no one objects). As the Washington Post itself reported, over “half of the agency’s audits in 2021 were directed at taxpayers with incomes less than $75,000, according to IRS data.”

The alleged lack of scrutiny enjoyed by the 700,000 or so Americans reporting over $1 million in positive income is framed by the agency’s supporters as a function of having to triage resources. That doesn’t account for the fact that lower-income wage earners were 5.5 times more likely than anyone else to be audited in FY 2021.  This disparity may very well be attributable to the fact that there are vastly more lower-income taxpayers, and they are less likely to have the resources necessary to complicate a simple correspondence audit.

Put simply, this is where most of the money is. If the IRS’s job is to generate more money, it has to draw from the biggest pool.

“The IRS needs extra staff to review the increasingly complex audits of large businesses and superwealthy families, ensuring they follow the rules,” the Post’s editorial board maintains. “That is in the interest of everyday, law-abiding taxpayers who should not have to make up the difference for tax cheats.” Pardon? Since when has America’s rule-based tax-collection regime become a zero-sum game in which lower-income Americans must fill the gaps created by wealthier Americans who can afford the expenses associated with sheltering their incomes? This otherwise inexplicable sentence reveals the degree to which support for an augmented IRS relies upon dubious rhetorical flourishes designed to augment inter-class tensions.

The biggest obstacle before the performance of the IRS’s most quotidian function, the processing of average taxpayers’ income-tax returns, isn’t a lack of manpower devoted to evaluating “tax avoidance schemes by the superwealthy.” Not according to the IRS. Those obstacles include a lack of minimum standards for non-credentialed preparers, jurisdictional issues in U.S. courts, and the inscrutable complexity of the Earned Income Tax Credit, among other sticking points. Manpower deficits, training requirements, and antiquated IT contribute to the agency’s headaches, but the biggest impediments to revenue generation won’t be resolved by throwing money at the agency. The last Congress chose instead to paper over these problems by giving the agency more resources to do what it’s already doing poorly.

If past performance is any indication, the Republican-led House is as interested in good governance as they are in good headlines. The Post senses, probably correctly, that Republicans believe they will secure political advantage by going after one of the most despised law-enforcement agencies in the United States. Fashionable anti-IRS sentiments have been deemed “bad for democracy,” which is a claim that rests on a theory drawing a direct proportionality between the health of the American republic and the success of Democratic political initiatives. The IRS is not popular, and capitalizing on that fact is not dirty pool.

Given the makeup of the Senate and the occupant of the Oval Office, the House GOP’s gesture amounts to a positioning statement. That doesn’t mean it’s valueless. As statements go, Republicans could do worse than to oppose an initiative that will complicate the lives of average Americans without addressing the real obstacles to an efficient federal revenue-collection service. 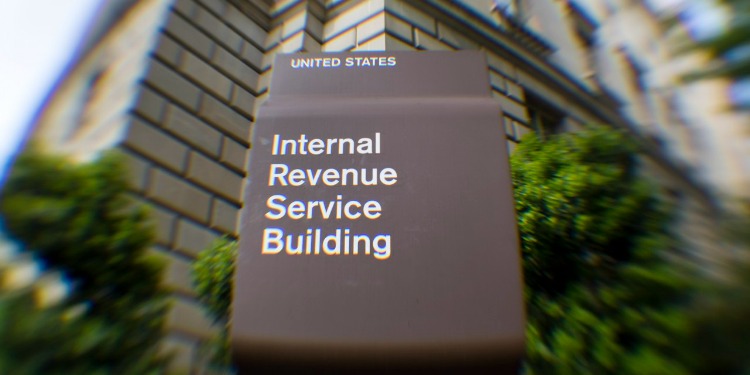