“Whiteness” is everywhere, and it is pernicious. It is in an education system in which teachers and professors are actively harming the psyches of young adult students of color. It is in the culinary arts, which has hurt “nonwhite chefs and writers” by failing to “frame interrogations of power around whiteness.” It is in professional athletics, the entertainment industry, high fashion, and the museums you visit. Academia has created an entire pedagogy around the ubiquity of “whiteness,” the influence of which pervades nearly every aspect of American society.

But what is “whiteness?” In a 2018 New York Times Magazine analysis of the phenomenon, Yale Law School research fellow Emily Bazelon concedes that “the ‘common understanding’ of whiteness remained porous and inconsistent” even as Americans have become more aware of it, and more concerned by it. But as the public eyes their white neighbors with growing suspicion, a series of negative stereotypes around white people have been lent a certain legitimacy. Bazelon focused on “our remarked-upon habits,” like “colorblindness and affinity for individuality,” for opprobrium. But, you say, these ideals are not exclusive to white people. Well, neither is whiteness.

Depending on the scholar, the phenomenon of “whiteness” can be attributed to anyone with an ideological affinity for “racial capitalism.” The word whiteness, the theory’s proponents explain, doesn’t describe racial characteristics but ideological proclivities. If expositors of the whiteness theory of social dysfunction were interested in academic rigor, they might seek out a more accurate way to describe the conditions they find so intolerable. That they don’t, however, is a tell—some misconceptions about their philosophy are more preferable than others.

Take, for example, Democratic Rep. Steve Cohen. Following the traumatic and frightening siege of the Capitol Building on January 6, and amid reports that the president’s most blinkered supporters are prepared to execute similar attacks on governmental targets around the country, the nation is on high alert. The agents of chaos and terror, so the story goes, are operating in plain sight, right under our noses—even within the uniformed services which, like every other sector of society, is where whiteness thrives. Cohen articulated the ineluctable logic of this assumption in a recent appearance on CNN, where he speculated that being white is a leading indicator of antisocial instincts and potentially terroristic designs.

“The Guard is 90 some-odd percent male, and only about 20 percent of white males voted for [Joe] Biden,” Cohen said. “You’ve got to figure that in the Guard, which is predominantly more conservative,” he continued, “there are probably not more than 25 percent of the people there protecting us that voted for Biden. The other 75 percent are in the class that would be—the large class of folks who might want to do something.”

Cohen’s offense is even more egregious when considering that he’s not even talking about voters—38 percent of white males and 44 percent of white women voted for Biden, according to exit polling. His assertion makes sense only if he is talking not about the white voting population but the white adult population, whom he casually smeared on national television without a hint of self-consciousness or fear of professional consequences.

This is an insult to the integrity of the service personnel who take an oath to defend the Constitution, to say nothing of millions of faithful, law-abiding Americans. But Cohen’s inference isn’t a logical leap for those steeped in the ideas postulated by the esteemed expositors of “whiteness” theory.

The mob that descended on the Capitol Building was guilty of siding with “their whiteness over democracy,” according to House Speaker Nancy Pelosi. This comprehensive indictment is apparently not complicated by the presence of non-white rioters in that crowd. Cristina Beltrán, the author of a book on the civic threats posed by “white democracy,” has ascribed the antisocial actions of non-white rioters to “multiracial whiteness.” That oxymoronic proposition, as she defines it, describes non-whites acting against their own interests with the flawed expectation that they can also claim the spoils of white privilege—“aggression, exclusion, and domination.” The assumptions at the root of this philosophy are unfalsifiable, which explains why its conclusions are being applied in increasingly nonsensical ways.

The Americans of Latino heritage who voted Republican in numbers sufficient to shock poll-watchers last November had supposedly succumbed to the temptations of “white supremacy.” Asian-American students have outperformed their peers and are now overrepresented in institutions of higher learning only because they “push black and brown bodies down,” rendering Asians “white supremacy’s one success.” A 2015 sociological study aptly titled “expanding the boundaries of whiteness” posited that the frequency with which Indian-Americans, Asian-Americans, and even black Americans are marrying interracially suggests that “most members in these groups are on the path to whiteness.”

If you’re confused about how this racially deterministic idea can be applied so broadly, it’s only because you’re ignorant. “Whiteness” doesn’t necessarily mean racism and violence, per se, but a “power structure based on a politically concocted ethnic identity.” And yet, according to the author and activist Paul Kivel, “racism is based on the concept of whiteness—a powerful fiction enforced by power and violence.” So, whiteness isn’t necessarily indicative of a capacity for violence, but a capacity for violence is indicated by whiteness. Whiteness isn’t a purely racial theory, but it is racial when racism is identified in whites. Whiteness isn’t exclusive to whites, but the benefits derived from whiteness most certainly are. This isn’t academia. It’s mania.

We must conclude from this discipline’s malleability that it is not a duplicable hypothesis that can be independently verified by scholarly peers. It is not a circumspect supposition designed to identify discrete social phenomena. It is just racial intolerance masquerading as anthropology–the pseudo-academic phrenology of antiracism in which the “ghost variable” of ethnocentrism is assumed into existence and applied with reckless abandon. Those who are attracted to this all-encompassing belief system likely came to the same conclusions that Rep. Cohen drew from recent events: Americans of a particular complexion cannot be trusted, in large part, because of that complexion and all that it conveys.

In any other context, we’d call that old-fashioned prejudice. 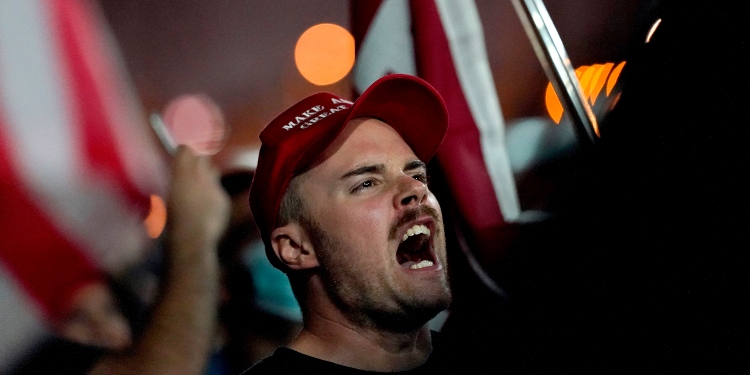