It’s hard to imagine how the debacle the Biden administration is overseeing in Afghanistan could be any worse. It’s such a self-evident fiasco, in fact, that even hardened advocates of America’s withdrawal from the world’s hot spots have been forced to admit that this whole thing could have been handled better. Much like Communism, America’s retrenchment from conflicts abroad has never really been tried and just needs better managers. But that’s as far as they’re willing to go. Across the political spectrum, champions of American introversion still insist that the collapse of the Afghan state was inevitable regardless of when or how we withdrew our commitments to it. Indeed, the disaster we’ve been forced to witness is being repurposed as a justification for the very circumstances that led to it.

On Monday, President Joe Biden delivered what could only have been a hastily prepared speech on the meltdown in Afghanistan before resuming his vacation. In it, the president abandoned his rationale for total U.S. withdrawal which, in July, was predicated on the competence, training, and numerical strength of the Afghan National Forces. This week, Biden insisted, withdrawal was justified by the abject weakness and cowardice of those very same Afghan soldiers.

“American troops cannot and should not be fighting in a war and dying in a war that Afghan forces are not willing to fight for themselves,” Biden insisted. “We gave them every chance to determine their own future. What we could not provide them was the will to fight for that future.” This sentiment must have appealed to Democrats like Sen. Chris Murphy, who took the opportunity of Afghanistan’s collapse to insist that the lesson here is that we should abandon the pursuit of America’s long-term interests in favor of applying Band-Aids to threats as they arise. Presumably, the rest of Joe Biden’s party will see the virtue of this sort of projection soon enough.

Leaving aside for a moment that running down an ally—even one we’ve summarily abandoned to the mercies of an Islamist militia—is an odd way to restore American credibility on the world stage, Biden’s exercise in blame-shifting has the added defect of being untrue. Tens of thousands of Afghan soldiers fought and died in defense of their country since NATO-led combat operations ended in 2014. They continued to do so well into 2020, when American “peace talks” with the Taliban began to sap those soldiers of the “will to fight” with the understanding that U.S. support was winding down. And when Biden pulled the plug on “air support, intelligence, and contractors servicing Afghanistan’s planes and helicopters,” a thorough Wall Street Journal expose revealed, “the Afghan military simply couldn’t operate anymore.” The Afghans didn’t lose the will to fight for their country; they were robbed of the means of effectively doing so by Washington.

The audience for President Biden’s self-soothing talk about the inevitability of Afghanistan’s implosion isn’t limited to stunned Democrats. A certain sort of conservative for whom retrenchment is both a means to an end and an end in itself is just as enamored of this dubious talking point.

“There was no ‘Afghan Government,’” the popular commentator and talk show host Saagar Enjeti insisted. “It was a fiction the entire time backed only by U.S. dollars, U.S. blood, and U.S. military might.” Though he regrets the conditions to which we’ve consigned Afghanistan, The American Conservative’s Rod Dreher agrees. “True, the Taliban takeover was inevitable,” he writes, “and we had to get out.” Though we probably could have better executed this declinist project. Newsweek opinion editor Josh Hammer echoed these sentiments: “It’s time for a late-stage empire to come home and rebuild itself as a durable and functioning nation-state,” he wrote.

Much like Biden, these center-right voices seem to want to believe that the dynamic situation in Afghanistan is static and unchanging. That’s simply false. The collapse of the Afghan state was not written in the stars. It was engineered and executed. And what comes next is unlikely to be something that a competent steward of American national interests can afford to ignore. As even a bleak and clear-eyed assessment from the Special Inspector General for Afghanistan Reconstruction (SIGAR) concluded, “there will likely be times in the future when insurgent control or influence over a particular area or population is deemed an imminent threat to U.S. interests.”

Maybe those who believe a fatalistic assessment of America’s role in Afghanistan is unjustified are out of touch with Real America. But we have scant evidence that the American people will support, grudgingly or otherwise, what they’re watching on their television screens. Will Americans or the policymakers they empower gaze upon the abandonment of upwards of 10,000 American civilians and the Afghans who aided them as the mere wages of “late-stage empire?” Will they see the reestablishment of a well-armed terrorist state to which aspiring Jihadists around the globe are now flocking, emboldened and determined to once again export terrorism to the West, and throw up their hands in befuddlement?

That doesn’t sound like American voters, who can be counted on to not care about foreign policy up until the minute foreign policy begins producing U.S. casualties or delivers the nation into a state of abject humiliation. Perhaps The Folks are content to sink every last American dollar into the welfare state, settle into a warm bath, and succumb comfortably to the forces of history. Or maybe, just maybe, our capitulatory populists are more oriented toward surrender than the people for whom they presume to speak.

Advocates of retrenchment need this total debacle to be predestined. It cannot have been the product of a series of choices, accidents, and mismanagement. To admit that things might have turned out differently would be to imperil their preferred project—”nation-building at home,” as though the sole superpower seeing to its commitments abroad and managing domestic affairs simultaneously were mutually exclusive. We can only hope the disaster these fatalists abide in Afghanistan will help shake the voting public out of its attraction to this sort of resignation in its political leaders. 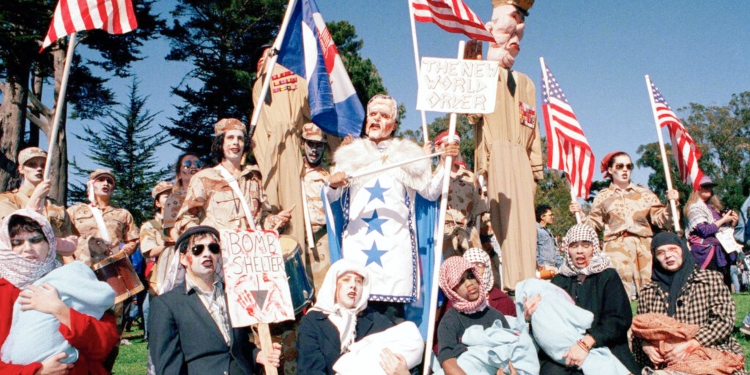 ‘Ended’ But Not Over

As We Mourn Today