In the unlikely event that 20 Republican senators join with Democrats and vote to oust the president from office, Democrats won’t have to make a political case against Donald Trump’s presidency. Indeed, the implosion of the GOP that would follow such a mutiny would likely relieve them of having to make a persuasive case against any Republican in the near-term. Republicans appear disinclined to self-destruct, though, so Democrats will ultimately have to convince the voting public to eject Trump from office.

Democrats would, however, be foolish to assume that the case against Trump’s government is an intuitive one. Gallup’s survey of the landscape at the outset of Trump’s fourth year in office indicates that Americans may be less interested in changing course than Democrats would prefer. On every metric the polling firm tested, Americans are more satisfied with prevailing conditions today than they were when Trump took office in January 2017. More Americans believe that opportunity is available for all who are willing to work for it. They think the gap between the wealthy and less well-off is moving in the right direction. They believe race relations are improving, that crime prevention and counter-terror efforts are successful, and, of course, that the economy is sound. Whether it’s related or not, the public’s perception of the job that Trump is doing as president is by some measurements better than it has been since his first year in office.

Those fundamental conditions favor the president’s reelection, but one crucial factor does not: the president himself. Democrats know better than most that personal moral failings are not necessarily grounds on which voters and history assess presidencies. But character does count, and the general voting public is not so besotted with Trump’s judicial appointments or the performance of their portfolios to pretend it does not. A June 2019 Monmouth University poll showed that 80 percent of respondents agreed that Trump oversees a “less conventional” administration compared to its predecessors, but only 27 percent deemed that unconventionality “good.” Other surveys have shown that majorities believe Trump is “ill-tempered,” dishonest, and doesn’t care “about people like me.”

Sanders’s conception of what constitutes public immorality is a moving target. When it shifts, it moves in the direction that is most advantageous for Sanders. It was, for example, once the senator’s belief that it was “immoral” for the Senate to be composed of so many millionaires—a conviction he held right up until the minute he became a millionaire senator himself. This moral compromise is a trifle compared to his consistent record of apologetics for murderers and kleptocrats who share his ideological leanings.

As late as 1989, when even the Easter Bloc could no longer stomach the lies that once stitched the Soviet sphere of influence together, Sanders heaped praise on the Communist government in Havana. Cuba’s revolutionary politics were, he said, “misunderstood,” and he lauded the “different value system” in place on the island. Fidel Castro, in Sanders’s estimation, had “solved many important problems” and was “more successful than almost any other developing country in providing health care for its people.” This display of deference to dubious Cuban health-care statistics is not uncommon on the left, but it’s also a non sequitur. Health care is important, but so, too, are the rights and freedoms to which healthy democracies and responsible democrats aspire. Sanders shows profound concern for the former but little for the latter.

The year prior, he extolled the efficiency, aesthetics, and low cost of Soviet public transportation. Politico recounts one revealing tale from Sanders’s honeymoon in the USSR: “At another point, a member of Sanders’ delegation hands a Russian woman a small American flag,” the report read. “‘If you’re wondering what’s wrong with capitalism,’” Sanders then said, “‘it’s made in Hong Kong.’”

“Vermont could set an example to the rest of the nation similar to the type of example Nicaragua is setting for the rest of Latin America,” Sanders told an audience after a tour of the Latin American country in 1985 in which he observed the Sandinistas celebrations after taking power. He dismissed the ethnic cleansing of the Moskito people and expressed satisfaction with the “gentle, loving” and “impressive” Sandinista leadership, including Daniel Ortega.

We don’t have to reach into the archives to find examples of Sanders’s instinct to bend over backward for the world’s most repressive despotisms so long as they pretend to adhere to socialist values. Asked by CNN’s Wolf Blitzer why he would not label Venezuela’s Nicolas Maduro a “dictator,” Sanders evaded the question and pivoted instead to anti-democratic practices in Saudi Arabia. Though Sanders’s position on the miracle of Bolivarian Marxism may have softened since he hosted a 2011 op-ed on his website that insisted the American dream was more alive in places like Venezuela, his campaign’s surrogates aren’t so cautious.

Sanders surrogate Rep. Ilhan Omar denounced the “U.S.-backed coup” to install a “far-right” opposition in Caracas, which is a loaded way to describe the constitutional process of devolved authority from an illegitimate autocrat to an elected leader of the country’s National Assembly, himself the head of a self-described social-democrat party. Sanders campaign advisor Rep. Ro Khanna even insisted that, even as Venezuelan paramilitary forces loyal to Maduro were gunning down democratic protesters in the streets, the proper course would be to “lift sanctions” against the regime.

A recitation of the horrors meted out by Marxist regimes is not necessary here. Nor will that be necessary for American audiences over the age of 40 to grasp the moral blindness afflicting the Vermont senator. If any of this is news to you, that is because this perennial fixture in Washington—a two-time candidate for the presidency with a real shot at winning his party’s nomination—has never been thoroughly vetted in the press. When Sanders is finally scrutinized, Americans may not like what they see. And they may justifiably conclude that the choice between the devil they know and the one they don’t is no choice at all.

An earlier version of this article attributed the authorship of the item on Venezuela to Bernie Sanders. 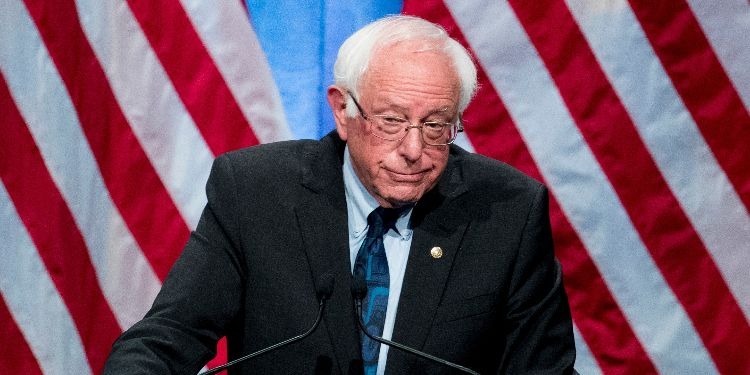