It began, as so many of today’s outrages do, with a primer on why you should be outraged.

The Wall Street Journal revealed that Nike spokesman and former NFL quarterback Colin Kaepernick was incensed over an unannounced plan to produce a shoe featuring the Betsy Ross Revolutionary War-era American flag. Nike preemptively responded to their spokesman’s ire over what he alone determined was an offensive symbol of slavery and white supremacy and killed the shoe. The controversy exploded ex nihilo. Democratic presidential candidates echoed Kaepernick’s sentiments about the offensive nature of symbols reflective of colonial-era American patriotism. Talking heads on cable news compared the flag to the Nazi swastika. Republicans averred their intention to boycott Nike and purchase flag shoes wherever they could be found.

None of this was organic. The unhealthy tensions this manufactured scandal exacerbated only tore further at the nation’s frayed social fabric. In fact, it’s likely that the only party whose interests were served by this fracas was Nike’s.

As I discussed in my book, the commodification of outrage has become a business model. Nike’s sales surged after it joined forces with its controversial spokesman and his campaign against standing for the singing of the national anthem. The carmaker Audi, too, enjoyed a sales bump when it advanced in a Super Bowl spot the flawed notion that women only make a fraction of what men make for the same work. The razor-maker Gillette’s two-minute-long web-based advertisement appealing to stereotypes to imply that conventional male socialization was transforming young men into abusers and sexual harassers generated a firestorm of controversy and a 6 percent increase in Procter & Gamble’s stock price.

Surveys routinely show that consumers will patronize firms based not on the products they produce but the “social or political issues” they embrace. People want to (literally) wear their politics on their sleeves. The controversies around which brands organize their outrage campaigns are, however, often chimerical.

“I think a lot of people in today’s day and age want to know, ‘What are we supposed to be outraged about,’” said a former employee of the anger-stoking Millennial media company Mic.com. The site specialized in controversies you didn’t even know you should be mad about. It advised its readers that they should be outraged over the sexism evident in the BBC’s description of one of its anchors as a “mother of three” and the racism in the television industry exposed by an African-American comedian’s decision to leave NBC’s “Saturday Night Live.”

The media landscape has adapted Mic.com’s model of capitalizing on outrage, whether it exists or not. On Tuesday, Yahoo News revealed that simmering rage was building toward the actor Chris Pratt for wearing a “‘white supremacist’ T-shirt.” The shirt was, in fact, an adaptation of the Gadsden Flag, and Yahoo managed to find only six Twitter users, none of whom were verified, expressing antipathy toward an image with a history they didn’t understand. But the controversy wasn’t the point; the point was the engagement that the article generated.

Similarly, the media ecosystem could only dredge up a handful of social-media users to illustrate the “uproar” that followed Disney’s decision to cast a black actress to play Ariel in a live-action remake of the animated classic The Little Mermaid. In fact, the barely perceptible backlash against Disney was dwarfed by the backlash to the backlash. That’s a distinction without a difference to the media outlets that purveyed the notion that America was rocked to its core by this casting decision. Clicks are clicks.

This is not to say that manufactured outrage campaigns are futile exercises. They often claim scalps.

Ten tweets signaled the start of a massive cultural backlash against a British retailer’s gender-specific mugs. The retailer groveled. The Dalai Lama was the target of cancel culture when he said that the next reincarnation of the Lama would be more “attractive” if she inhabited a woman’s body. “People, I think, prefer not to see that face,” the self-deprecating octogenarian said while making a silly expression. He apologized. Cosmopolitan surfaced six tweets that were allegedly demonstrative of the mounting anger over Kim Kardashian’s culturally appropriative decision to trademark the name “Kimono” for a line of undergarments. Kardashian folded. Mashable discovered a comparative deluge of outrage at JP Morgan Chase bank in the form of 14 unverified Twitter users, all of whom were furious over the bank’s advice to occasionally forgo unnecessary expenses like car services, coffee-on-the-go, and takeout food. Only after the offending tweet was deleted did the genuinely influential figures like Sen. Elizabeth Warren join the pile-on.

Though these outrage campaigns can and often do have real-world consequences, the evidence that the outrage itself ever approaches something resembling a critical mass of public opinion is exceedingly thin. A WSJ investigation into the effects of social-media outrage on a variety of major consumer brands suggests that the preferred approach—“acknowledge, apologize, and investigate”—may be excessive. “For all the noise, mass-market brands rarely see outrage turn into lasting reputational damage or sales slumps,” the Journal noted. Just the opposite; the outrage itself is often illusory, but the engagement the perception of outrage generates is quite real and monetizable.

There is a thriving marketplace for outrage. It has arisen in response to popular demand despite its obvious detriments to psychological and social health. Firms that cater to it experience monetary rewards. The people who engage in it experience the thrill of performative anger and a sense of efficacy. But indignation is an addictive product, and getting hooked carries measurable health risks. That is the inherent irony of any habit-forming product. Producer and consumer alike enjoy the benefits of participation in the outrage economy, even if it’s making everyone miserable in the process. 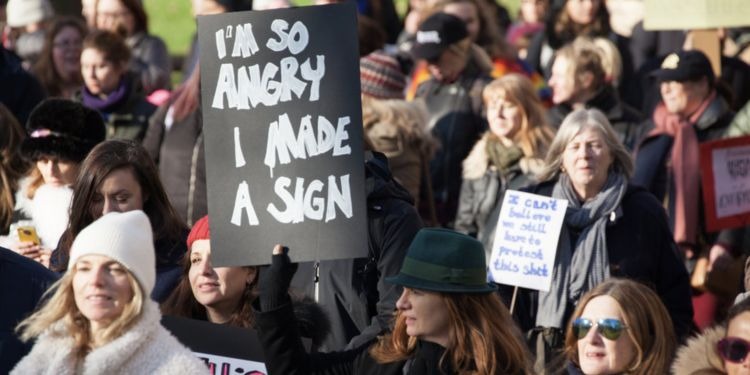