When Donald Trump has erred in his response to the Coronavirus outbreak, it has been on the side of averting panic.

The president’s impulse has been to talk down the threat posed by this novel virus and the potentially deadly disease it causes. He has discarded his instinct to sow distrust in elites and the institutions they manage. He has focused on providing the public with practical steps they can take to minimize their risk of infection. Perhaps most conspicuously, he has tried to reassure markets to stave off the prospect of a financial calamity. In the process, the president is guilty of providing the public with misinformation and bad advice. But intuiting that a panic would only compound the problems arising from this public health crisis is the basic assumption of any competent leader in a genuine emergency. Trump has not executed this directive flawlessly, but his instincts are right.

But talk is cheap, and the president’s actions tell another story.

On Monday, the White House’s coronavirus task force produced a series of documents outlining the ways in which businesses, schools, and families can keep themselves safe and arrest the spread of this disease. Some of these common-sense recommendations include “stop handshaking,” “limiting attendance at larger gatherings,” and “adjusting or postponing” assemblies. It’s good advice, but the president isn’t taking it.

Trump’s 2020 campaign schedule remains replete with opportunities for “MAGA meet-ups” and phone banking sessions. And, on Tuesday night, the campaign announced that the president would headline a rally of “Catholics for Trump” in Milwaukee. The decision is at odds with the president’s own guidance and comes as both the Joe Biden and Bernie Sanders campaigns are canceling rallies (though their smaller gatherings are ongoing and there’s not much “social distancing” to speak of).

It takes a profound amount of prudence for a campaign to cancel mass gatherings like rallies, which represent some of the best opportunities to energize the electorate and “get out the vote.” The press has duly praised the two remaining Democratic presidential aspirants for sacrificing these events, and they have heaped opprobrium on the president for continuing to campaign. Conservatives might be tempted to chalk media’s response up to a double-standard—attacking the president for engaging in the simple act of political self-preservation. But Trump is violating his own guidelines and inviting, by his White House’s own standard, substantial public risk.

Political media has been equally critical of the Trump administration’s refusal to abide by its own recommendation that Americans avoid unnecessary social contact, including handshakes. “In our line of work,” said Vice President Mike Pence, “you shake hands when someone wants to shake your hand.” CNN’s White House correspondent and self-appointed presidential irritant Jim Acosta has devoted himself to chronicling the president’s conspicuous refusal to stop shaking hands and quoted one unnamed administration source who said Trump’s conduct is a source of frustration. Again, the right might dismiss these complaints because the people doing the complaining are suspect. But Acosta didn’t cut the White House’s hypocrisy from whole cloth. He’s merely observing it.

This is the essence of what Trump has deemed “modern day presidential” conduct. Which is to say, whatever the president does is, by definition, presidential, no matter how unbecoming or self-defeating his behavior may be. This president has never accepted the notion that his personal comportment should be subject to the same scrutiny as his policies or his record in office. He defiantly rejects the notion that his personal demeanor sets any kind of example, if only to justify his stubborn refusal to change his ways.

Trump has been fortunate only insofar as the “crises” he’s confronted as president were of a debatable nature. This one is not. When a true crisis arrives, it is self-evident. Accordingly, the president has all but abandoned his attitudinal disposition toward populism at a time when sobriety and expertise are in desperate demand. But Trump has not met the measure of the moment—neither in policy nor in making the same sacrifices his administration has demanded of others. 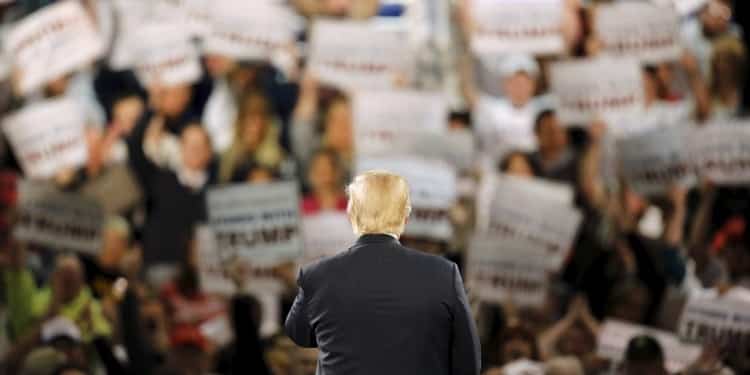