On paper, it makes little sense for any political operation to tether itself to a twice impeached, one-term president who maintained the worst average job-approval ratings in modern history. It makes even less sense when you consider that president’s signature domestic political accomplishment: presiding over the loss of that operation’s control of both chambers of Congress in record time. If that political outfit’s prime directive is to win elected offices so it can see to its voters’ interests in power, it would avoid shackling itself to so much political dead weight.

Insofar as this describes the present state in which the Republican Party finds itself, we must conclude that the party’s objectives aren’t purely political anymore. Not, at least, by any classic definition of what constitutes politics.

If the GOP were singularly devoted to retaking both chambers of Congress in 2022 and the White House in 2024, its issue set is glaringly obvious. It’s the persistence of school closures, remote learning protocols, half-days, and “zoom in a room” proctoring in defiance of everything we know to be reasonable protocols. It’s the unjustifiably massive spending programs and giveaways to Democratic constituent groups under the guise of COVID relief. It’s the rising cost of consumer goods, the threat of inflation, and the administration’s own admission that borrowing costs will go up as a result. And, most important, it’s a forward-looking optimism about this country, which is not racist, not economically moribund, and is emerging from, not languishing in, the depths of a pandemic.

But all that conventional politics—bread-and-butter pocketbook issues and unconditional patriotism—isn’t what gets the Republican activist class out of bed in the morning. What energizes them is the notion that they are beset on all sides by a hostile culture. Of that impulse, Donald Trump was the perfect avatar, and it helps explain why the GOP just can’t quit him. So, when one of their members reminds them of their addiction, it represents an intolerable threat to their own self-conception.

That has contributed to the backlash against Republican Conference Chair Liz Cheney. Her sin, we’re told, is that she isn’t “carrying out the message.” Cheney is supposedly backward-looking, obsessed with the Trump years, and stubbornly incapable of just moving on. In truth, her offense is that she is one of the few in her conference who is focused on the future.

Historical revisionists aren’t interested in moving on; their very identities are bound up in the re-litigation of a particular moment in time. So, when Republicans insist without evidence that Trump has every reason to believe that the 2020 election was marred by malfeasance and when state-level parties audit the vote again in pursuit of a predetermined conclusion (yes, still), they’re the ones living in the past. But that is precisely what the Republican base wants.

Given the GOP’s unenthusiastic response to the most hedonistic spending spree in American political history, we can only conclude that the party’s voters aren’t interested in governance at the moment. What they care about is culture. Thus, we get the party’s most visible members dedicating themselves to advancing Democratic policy prescriptions because they just might stick it to the people they don’t like. Thus, we are privy to unending assaults on the purveyors of entertainment products who kowtow to woke sensibilities—an admittedly frustrating condition about which the political class can do precisely nothing but inveigh. And thus, we get the assault on Liz Cheney’s position, in part, because Republican voters still really like Donald Trump.

They like who he is. They like what he represents. And, most of all, they like who he irritates because those people deserve to be irritated. Republicans don’t want to move on. They want Donald Trump to be the leader of their party, even if that means sacrificing winnable races. Political power is nice and all, but it’s not everything. Showing those condescending elites that Republicans won’t be corrected is satisfying enough.

So, in a sense, Cheney is off message, if only insofar as she has a message. That message has generally had two elements: First, that the GOP should adopt a single-minded focus on criticizing the party in power’s initiatives and, second, that the Republican Party should not touch that hot stove again. The party’s voters have no tolerance for that kind of implicit rebuke.

They much prefer the idea that there was no rebuke—not by voters, not by history, and certainly not by Republicans of good conscience. It’s not as though they do not know in their hearts that the GOP’s affiliation with Trump quickly reached the point of diminishing returns. Most do. But preserving those bonds is a protective instinct. It helps maintain a sense of control at a time when they command no levers of government. It serves to process loss, distract from introspection, and avoid self-doubt. And it provides a venue to express frustrations that are otherwise embarrassingly unjustified. It is, in short, a self-harm complex.

Gasp! What ugly condescension! That’s just the kind of haughty arrogance the party’s pro-Trump wing despises. They’re determined to show that they’re not listening to anyone who reminds them of the negative consequences of their actions. So, they’re gonna test their luck with that stove, even if it means getting burned again. 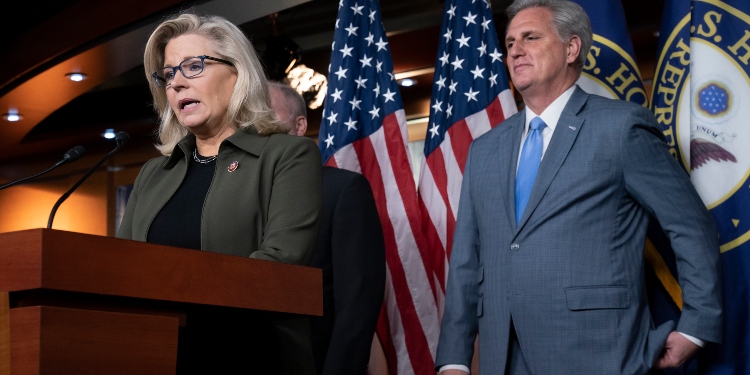